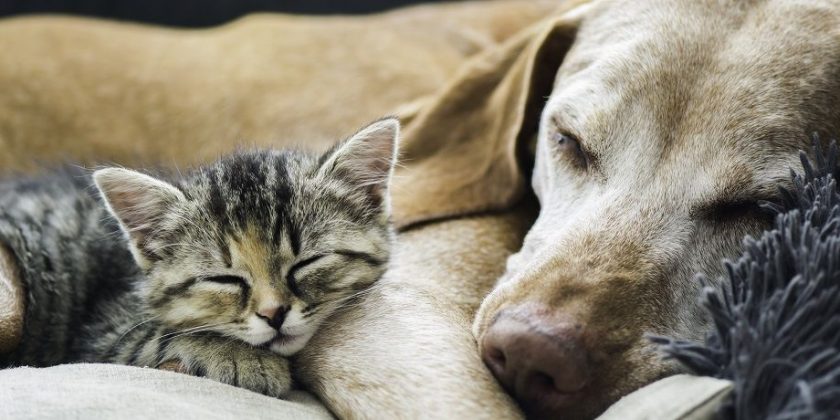 Urban Resources Institute, the largest provider of domestic violence shelter and support services across the United States, announced at the end of October that they would be opening the country’s first ever fully pet-friendly shelter for victims of domestic abuse, PALS Place, in Brooklyn, New York.

As reported by Today’s Veterinary Practice, the seven-story building consists of 30 one- and two-bedroom apartments so that individuals and families are able to recover from domestic violence, all in the company of their beloved fur-babies. There is enough space for approximately 100 people at the emergency shelter.

Within the facility there is also a space for pet grooming and play, and a “unique animal-centric programming to help residents of all species thrive.”

Research by the National Coalition Against Domestic Violence previously found that about 70 percent of abuse survivors reported that their pets were also threatened, harmed, or killed by their abusers, but only three percent of shelters in the entire country accommodate pets, leaving many victims to make the terrible choice of having to leave their pets behind or not seek the help and safety of a shelter.

According to the study, nearly 50 percent of abuse victims will rather stay in their violent situations than leave their pets behind.

“URI’s core mission is to provide compassionate and comprehensive services that benefit all victims of abuse, including historically underserved victims, and reduce barriers to seeking existing resources,” said Nathaniel M. Fields, president and CEO of Urban Resource Institute. “By providing survivors of abuse with co-living options that keep people and pets together, PALS Place marks a significant milestone in URI’s ongoing commitment to addressing service gaps through innovative programming and approaches to ending cycles of abuse.”

URI first established the PALS (People & Animals Living Safely) program in 2013, and they started with adapting their existing shelters to contain more pet-friendly elements. Their announcement about the shelter in Brooklyn came in celebration of their five-year anniversary. They hope that this shelter will be just the start of a string of similar accommodations for abuse survivors.

Residents at PALS Place will have access to counselling, including group sessions about human and animal healing, and recreational outings. Veterinarians and groomers will make regular visits to the shelter to care for the furry residents there.

Even the architectural aspects of the building are designed to be warm and friendly, both for humans and pets. This includes the installation of Crane Composite Fiberglass reinforced wall panels and in-apartment wainscoting to maintain a durable and hygienic space free of stains, scratches, and smells.

There are also communal areas in the shelter with recreational activities available for residents at all times, and an outdoor “pet haven” for the four-legged residents to get the exercise and stimulation they need to be healthy and happy.