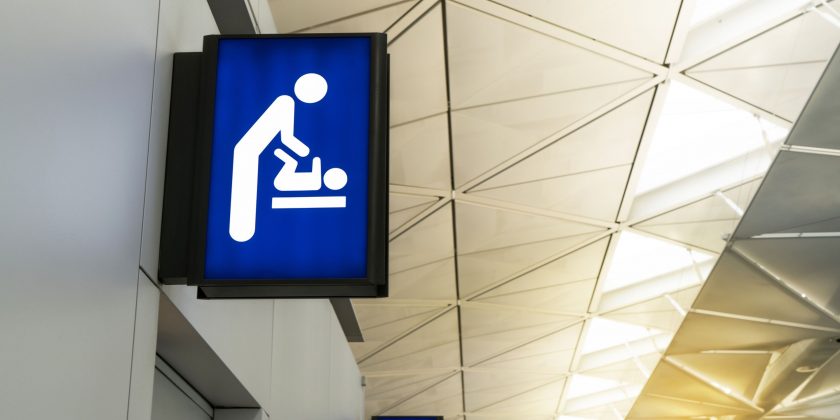 Public buildings in New York must now have changing tables in bathrooms for both genders. (Photo: Wittayayut, Getty Images/iStockphoto)

Finally, men will be able to change their babies diapers in a public restroom — at least in New York — thanks to a law that went into effect on New Year’s Day.

All new and renovated public buildings in New York must include changing tables in men’s and women’s restrooms, to ensure moms and dads have equal opportunity to care for their children.

The law applies to restaurants, stores and state facilities including parks and DMV offices, according to an April announcement.

“It’s not just moms who change diapers,” Democratic Senator Brad Hoylman, who worked on the new legislation, said in a statement.

In 2017, a New York City bill promoting changing tables in men’s restrooms went viral on social media, as dads shared stories of laying their babies on floors and in sinks to change diapers.

Dads are much more involved in child care today than they were 50 years ago. In 2016, fathers reports spending about eight hours a week on child care, triple the time they provided in 1965, Pew Research Center reports.