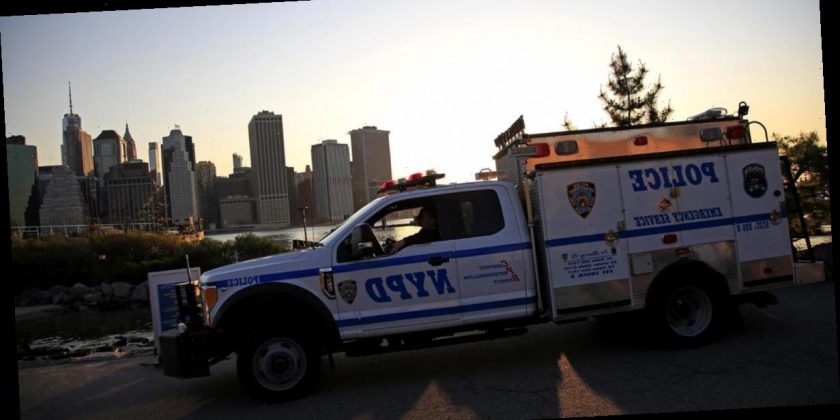 Gun violence in New York City “spiked significantly” during the month of June compared to the same time last year, according to the NYPD’s monthly crime briefing. “Between June 1 and June 30, there was a 130% increase in the number of shooting incidents across the city,” reads the report.

There were a total of 205 shooting incidents in June — up from 89 last year — spread across all five boroughs, according to the NYPD. The violence continued into the July 4th holiday weekend as the NYPD reported 44 shooting incidents, CBS New York reports.

In addition to shootings last month, murders, burglaries and auto thefts also rose with the start of summer. Burglaries increased most significantly, from 817 to 1,783, an 118% uptick.

“The sharp increase in shootings and violence in New York puts innocent people at risk and tears at the fabric of life in our city,” said NYPD Police Commissioner Dermot Shea, in the briefing.

Shea said the NYPD has been challenged by “deep budget cuts” and changes to the criminal justice system brought on by the COVID-19 pandemic. New York City Mayor Bill de Blasio and the city council reached an agreement on June 30 to reallocate $1 billion of the NYPD budget, leaving the department with $88.1 billion, CBS New York reports.

As a result, the department’s July police class was canceled, overtime was curtailed, and school safety, crossing guards and homeless outreach were all shifted out of the NYPD’s purview. The reallocated funds will go towards youth and community services, according to the mayor.

Shea noted in his briefing that a class of 1,163 police recruits was canceled due to the cuts, at the same time that the department has had a dramatic increase in retirements. As of June 27, 233 members filed for retirement, nearly double compared to the same time last year, according to CBS New York.

“But through it all, I have seen our hardworking men and women display an unwavering commitment to the kind of fair and effective policing that defines our agency and that New Yorkers expect and deserve,” Shea said in Monday’s briefing.

The increase in violence comes amid widespread calls to defund and reform police departments across the country in the aftermath of George Floyd’s death. New York’s decision to defund a small percentage of the NYPD was the first budget cut the department has been given since de Blasio took office.

Shea pointed to “legislative mandates” that send offenders no longer eligible for bail “back to the streets” as a contributing factor to the increase in crime.

“While the NYPD uses a lighter touch in regard to enforcement, offenders no longer eligible for bail are being rearrested,” he wrote. “They have been rearrested for approximately 750 additional major felonies through June 26, compared with the population of those released in the same period a year ago.”

Shea did not note the numerous violent incidents involving NYPD officers and George Floyd protesters. Under “ongoing challenges,” he wrote that “the NYPD’s facilitation of peaceful protest continues to utilize department resources,” and made mention of the department’s 21st Century policing initiative.

In response to weeks of protests, the NYPD said on June 15 that it would reassign 600 plainclothes anti-crime officers — who are often involved in police shootings. A series of NYPD members have also been moved to staff the initiative.

Shea wrote that this moment is one of ” historic importance in the relationship between the police and the public.”