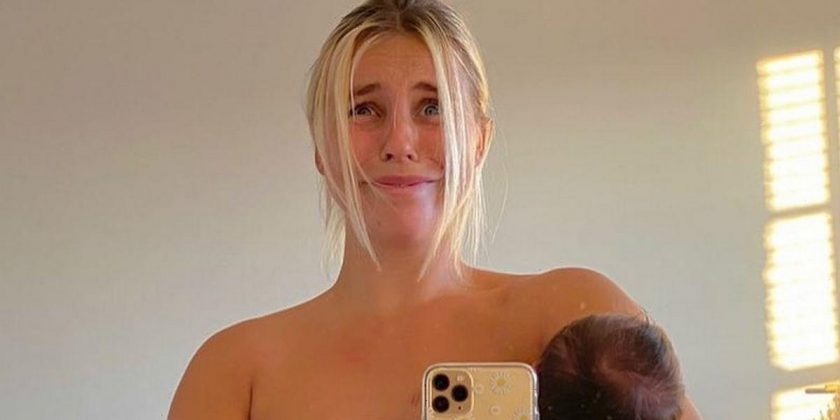 A new mum has stripped off to proudly show off her post-pregnancy body.

The 28-year-old, who is parent to daughter Rae alongside partner Mat, is known for her honest and body positive posts.

And her latest was no different as she shared some candid snaps.

Chessie had taken her top and her bra off, while also undoing her jeans to put her body on show in the two photos.

"Jeans will try and hijack your happiness⁣, don’t let them win⁣,. You march them to the post office and send them right back or give them to a new home/pair of legs."

Fans were loving the photos, as the post racked up more than 30,000 likes.

It seemed like a lot of other women related to what she was saying, judging by the comments.

One told her: "It took me 9 months to get back in my pre pregnancy jeans!! Why do people expect it to happen instantly when it took 9 months to get that shape in the first place."

While another added: "I still have a bump 6 months later ! I also think it takes time for your hips to get back into place so don’t rush it with the denim – mine are all still in storage."

A third quipped: "Still have my bump 21yrs later," as they followed the post with laughing emojis.

The post comes after Chessie was also seen stripping down to her underwear in another baby post last week.

The mum was seen holding baby Rae in her arms as she spoke about suffering from phantom crying – which is when you think you hear your child crying, even when they're not.