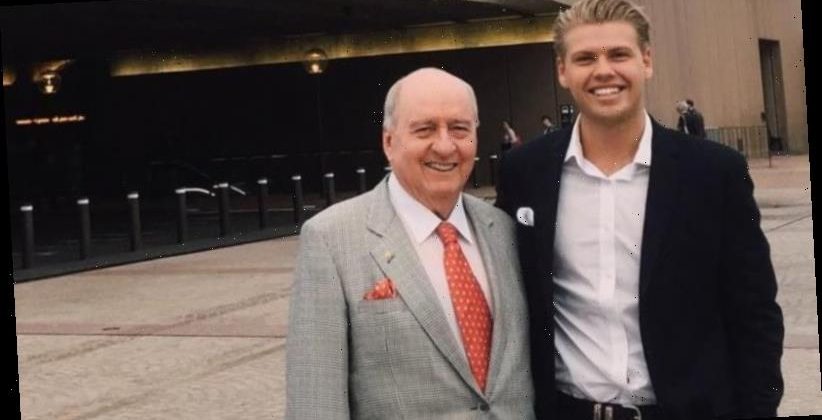 With their matching pocket squares and snappy blazers, the handsome young chap with the golden locks accompanying Alan Jones around town in recent months has certainly had tongues wagging around the studios of 2GB. 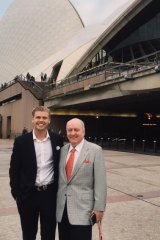 While some chatter has been particularly unkind, PS can happily reveal the young man is 22-year-old Jake Thrupp.  Jones is a long-time friend of the Thrupp family and has taken the young Queenslander under his wing to show him the ways of the big city.

Indeed, Thrupp – who is 55 years Jones' junior – even has his own podcast series which sounds very much like some of the broadcasts Jones himself puts to air. It has a distinctly right-wing, conservative flavour and a guest list that has included many of Jones' favourites, notably Barnaby Joyce.

Just a fortnight ago Thrupp was a guest on Jones' show on Sky News, during which his benefactor quizzed him on his thoughts about everything from the Prime Minister's current lot, to veterans' welfare and farmers doing it tough – adding that Labor were "policy deadbeats".

And what an introduction to glittering Sydney life Thrupp has had courtesy of his powerful patron.

There's been nights at the Opera House, trips to Tokyo for the Rugby World Cup, cheeky wine tastings with football great Craig Wing, wining and dining in the Chairman's Club at Royal Randwick, enjoying the country life at Jones' Sutton Forrest idyll, hobnobbing at the Magic Millions, weekends in the Hunter with Jones' millionaire mates, hanging out in the locker rooms with All Blacks coach Steve Hansen in Auckland during the Bledisloe Cup, lunching with Lord Jeffrey Archer at the House of Lords, enjoying the delights of the players' box at Wimbledon and taking in the New Year's Eve fireworks from Jones' expansive terrace at the swanky Bennelong apartments at Circular Quay.

Not bad for a boy from the Gold Coast, whose dad is a truck driver and mum works at Bunnings.

Though Thrupp's own website would suggest he was destined for greatness, humbly describing himself as the "fourth most influential person in Australia", though beyond an outing in Girlfriend magazine in which he goes through his T-shirt collection from a couple of years back, PS was unable to verify any other credentials to support such a lofty claim.

PS approached Jones to find out more about this recent addition to "Team Alan", which itself sounds more like a vocation than simply a job.

"Firstly, I think it’s fair to say my staff have been with me collectively for 135 years. I don’t tell them to stay, they’re not ordered to stay. So of course if we’ve all been together that long we are, hopefully, more than colleagues," Jones told PS.

"We quite regularly eat together. I host lunches for them in recognition of their remarkable service and support. When they leave it’s normally with my encouragement to a promotion of some kind and that’s especially true of the young ones. However, they are usually promoted within the system. I have a system which relates to the 'last on' person. 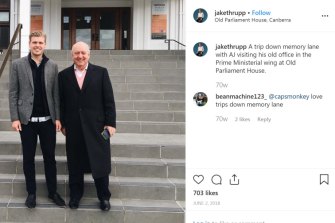 "I’m not a snob but I have so many engagements away from the radio station and around the city that the last person on acts as a driver, which means I’m let off and picked up. It saves an enormous amount of time. We travel modestly in a Holden car.

"So the person who has been, your word, 'accompanying' me is Jake Thrupp. The family are Queensland friends of mine. He is part-time with me because he’s a student at university. When he transferred from Queensland University to Sydney Uni, I gave him employment which is not full-time. But he gets me from A to B."

Thrupp joins Team Alan colleagues including James Willis, who Jones said "started with me with, I think I can say, no experience. He’s now an outstanding sports broadcaster and has now been with me many years."

As for his long-term producer Paul Christenson, Jones said: "I don’t know how long Paul Christenson has been here but it would be closer to 30 years than 20. Likewise Ross Geddes. Likewise the lady who’s typing this."

"I’ve known her for God knows how long and given that I’m now doing a radio programme, two newspaper columns and two TV shows I’ve gathered people around me to lessen my load. Jake Thrupp and Jacquie Murray are both employed by me, not by the radio station," Jones explained before pointing out, somewhat curtly: "That’s actually more than you’re entitled to know but I don’t know who’s bringing this stuff  'to your attention'. It’s pretty straightforward and all my team have expressed amusement that loyalty and continuity could be something that surprises people."

Not so much surprising, Alan, as it is intriguing.

It would appear the dire headlines about his glamour real estate company's performance in the financial press are the last thing on the mind of The Agency's director of sales Thomas McGlynn.

Last week the Financial Review reported the future of The Agency was in limbo after an auditor's qualified audit report on its latest annual results questioned the company's ability to continue operations, following another round of loss and poor cash flow. 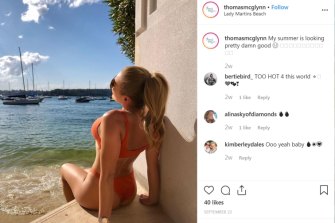 The ASX-listed real estate firm this week reported a net loss of $7.83 million for the year ending June 30 in financial statements that caused auditor Bentleys to label its viability to continue as a "going concern".

Rather than dwell on the bad press McGlynn published a photo of his bikini-clad girlfriend, fellow agent Anji Lynn, on Instagram – making it fairly obvious where his thoughts lay by captioning it: "My summer is looking pretty damn good".

While all the focus on spring racing has been aimed at the equine thoroughbreds, the richest greyhound race in the world will reach its finals in the Million Dollar Chase at Wentworth Park next Friday.

While the event will be more about food trucks and beers than swanky marquees and champagne bars, Greyhound Racing NSW is hoping to get up to 10,000 people to the track and have enlisted the Hoodoo Gurus to provide post-racing entertainment. 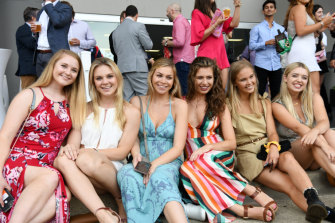 Revellers at the 2018 Million Dollar Chase at Wentworth Park.Credit:

While Greyhound Racing NSW CEO Tony Mestrov chuckled at PS's suggestion they could launch a Best Tracksuit competition for the punters rather than the traditional Fashions On The Field, he was quick to point out the sport's key demographic was 18 to 35-year-olds. 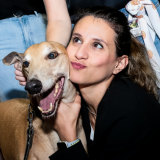 The Million Dollar Chase at Wentworth Park in 2018.Credit:

"Young people enjoy a night watching the greyhounds and we are really trying to build it up with this event," he explained. "Our market is probably a bit more salt of the Earth, but there will be a fair few people who will be at our track on Friday night who will be heading to Royal Randwick for The Everest the next day."

Ticketing proceeds from the event will go to Greyhounds As Pets (GAP), the not-for-profit initiative from GRNSW which has enlisted soccer star Tim Cahill as it's celebrity ambassador.

The Million Dollar Chase will be broadcast live on free-to-air television, marking the first time in Australian television history that a dedicated greyhound racing broadcast will be shown live nationally, with the event airing on 9Gem. 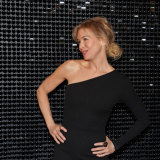 Renee Zellweger arrives at the Australian premiere of Judy.Credit:AAP

She's a big Hollywood star currently playing one of the biggest Hollywood icons there is, but far away from the bright lights of Tinsel Town Renee Zellweger is actually more at home in downtown Woronora than she is on the red carpet.

Zellweger's trip to Australia this week to promote her Judy Garland biopic was also an opportunity for the star to reconnect with her large, extended Australian family.

At both the Melbourne and Sydney premieres of the film, large contingents of Zellwegers were in the audience and the actor herself told one of PS's moles she has investigated her eligibility for an Australian passport.

"She even got the paperwork," PS was told.

Zellweger previously told the Herald she "loved" going to Woronora whenever she was in Sydney.

Set in a picturesque valley with a river running through it, Woronora is also a known fishing spot and popular with bushwalkers.

Some members of Texas-born Zellweger's family have lived in the southern suburb and she has been previously known to drop in during Australian visits for backyard barbecues.

"They live on the river," Zellweger previously revealed of her relatives. 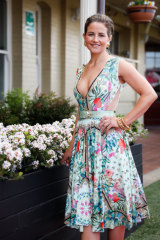 Intercity rivalry between Sydney and Melbourne is a good thing for horse racing, according to champion jockey Michelle Payne – but just don't move the date of the Melbourne Cup.

"It's a tradition, its a good thing for spring racing and I don't really think it should be moved … the first Tuesday of November is the date and it should stay that way," Payne told PS at Royal Randwick on Thursday during the Australian Turf Club Ladies Lunch to celebrate next week's Everest.

Her comments are in contrast to Racing NSW chief Peter V'landys' ribbing of his Victorian counterparts and his suggestion they move the date of the Melbourne Cup.

Meanwhile, with her life immortalised on the big screen in the film Ride Like A Girl Payne is looking into the future and a life beyond the saddle, having started her own training business in her hometown of Ballarat.

But she also harbours other ambitions.

"I've always wanted to open a gym and be a personal trainer, to help people feel better about themselves … but to be honest, I really only had one choice when it came to a career, and that was to be a jockey," Payne revealed.