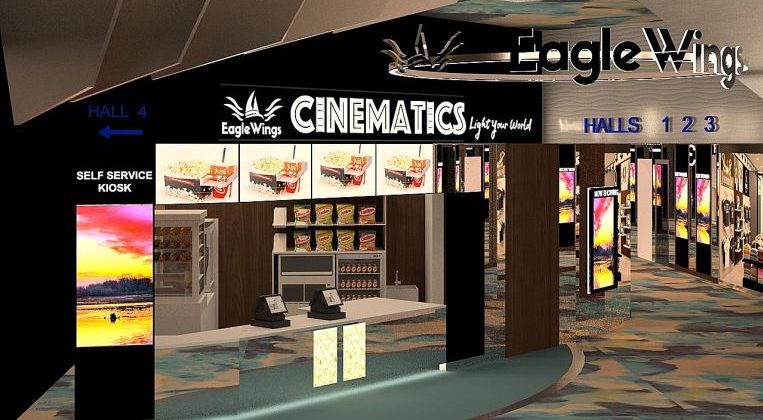 A new cinema is opening in the Bukit Timah Road area early next month.

The cinema is an independent operation run by retail and lifestyle company EagleWings Group and is not a branch of one of Singapore’s major multiplex chains, such as Golden Village, Shaw Organisation or Cathay Cineplexes.

The premium halls’ lounge area will feature massage chairs, soft-drink vending machines that let customers choose from more than 50 flavours and food from the currently operating EagleWings Loft cafe in the mall.

Ticket prices have yet to be decided and the cinema will screen major releases shown in other mainstream cineplexes.

Today, there are no cinemas in the King Albert Park area.

The closest outlets are the WE Cinemas at 321 Clementi, and the outlets in the west, such as Cathay Cineplex Jem and Shaw Theatres JCube.

The refurbished KAP Residences Mall will include other entertainment, shopping, healthcare and food operations run by the EagleWings Group, making it the mall’s largest tenant.

The group’s other outlets include CAMACA, a health-oriented cafe, and Jomachi, a fashion store. They are all opening early next month.

Dr Julian Theng, founder and medical director of Eagle Eye Centre and founder of the EagleWings Group, said in a press statement that his firm wanted to avoid the “cookie-cutter mall concept”, and so stayed away from the usual fast-food and supermarket anchor tenant ideas.

In the end, the team opted for a cinema that “takes the movie-going experience to a whole new level” with “luxurious lounges, plush seats and gourmet snacks”, he said.