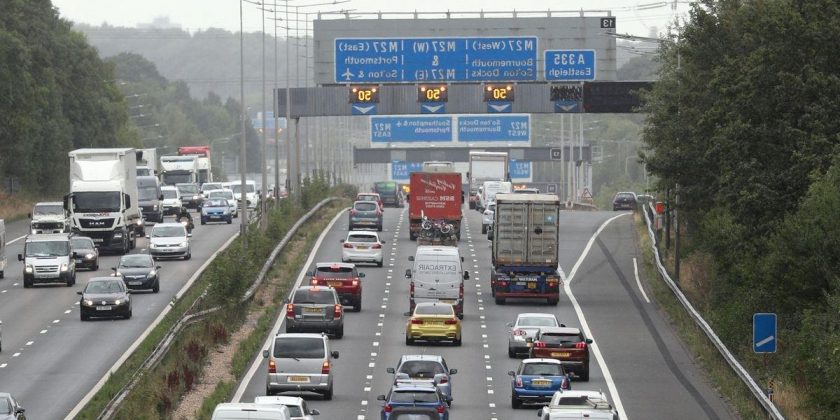 A new clean air zone is set to be launched later this year in another UK city.

Manchester is bringing in the charges to help tackle its pollution problems.

But many drivers are angry over the charges with some calling on the local government to cancel the proposed rules.

Motorists were told to expect delays on the M60 as vehicles were in convoy passing junction 19 for Middleton and Heaton Park.

According to the Inrix traffic monitoring system, one lane of traffic was closed and heavy traffic had been reported in the area.

Greater Manchester Police said that around 100 vehicles were involved in the protest.

In a tweet, they said: "We're working to minimise disruption on the M60 as a result of a go-slow protest.

"Motorists are advised to find alternative routes whilst officers work with Highways North-West and speak to those involved to bring the disruption to an end, taking action where necessary.

"We recognise the right to a peaceful protest but protests such as this cause significant disrupt to other road users and in particular, emergency vehicles.

"The reported go-slow protest is now believed to have come to an end and traffic is running as normal."

Some high-emission vehicles could be charged £7.50 in daily charges if their car doesn't meet pollution standards.

While private cars will not have to pay a fee, but larger vehicles like HGVs and buses will be charged £60.

It is set to be England’s biggest CAZ, spanning 10 local authority areas across Greater Manchester including Bolton, Bury, Oldham, Rochdale, Stockport, Tameside, Trafford, Wigan, and the cities of Manchester and Salford.

Speaking with the BBC, one driver who attended the protest criticised the upcoming changes.

"I'm a family man with three kids – I just can't afford it, it will absolutely cripple me."

Another driver said: "I've come along today to show solidarity with everybody else who has been punished by this extra tax on the working man."

A third protestor added: "A lot of my customers are either going to have to shut down, or they’re going to be in a place where they pass this charge onto the customer."

Mayor of Greater Manchester Andy Burnham responded to the petition saying the clean air zone has been mandated by the national government and he has no way to prevent it from going ahead.

He added: "This said, even the Government would struggle to scrap it. In 2015, the Supreme Court ruled. It had broken the law by failing to protect people from polluted air. And urgent action must be taken.

"This led to the Government placing legal instructions on local councils. One criticism of the GM scheme is its size. It's true this is a local decision. In effect, our councils had little choice.

"The alternative – a patchwork of local zones across 10 boroughs – would be unworkable. Boundaries would constantly change as pollution was transferred."