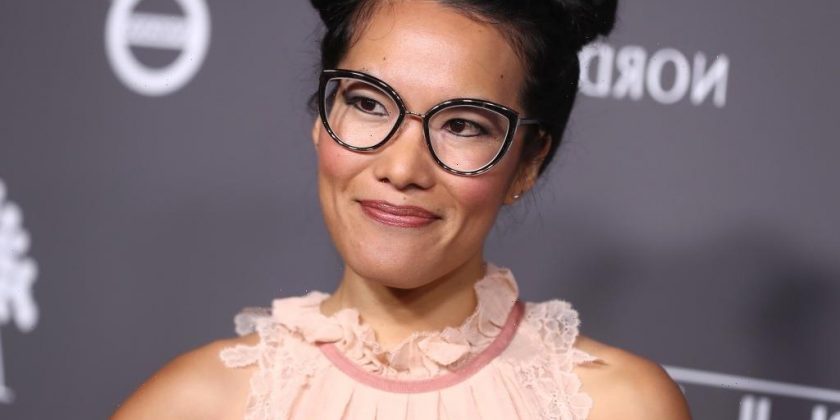 The special is Wong’s third with Netflix, following 2016’s “Ali Wong: Baby Cobra” and “Ali Wong: Hard Knock Wife” in 2018. “Don Wong” was filmed at the Count Basie Center for the Arts in New Jersey in November 2021, and features Wong discussing her deepest fantasies, the challenges of monogamy and her feelings about single people.

The project is the latest addition to a slate of projects between Wong and Netflix, including the 2019 film “Always Be My Maybe” and the upcoming series “Beef.” Wong also voices characters on animated shows including Netflix’s “Ask the StoryBots,” “Ada Twist,” “Scientist” and the Emmy-winning adult comedy “Big Mouth.”

“Don Wong” is directed by Nahnatchka Khan, with Wong serving as executive producer alongside Ravi Nandan, Inman Young, Alli Reich and Corey Deckler for A24.

Watch the teaser below.

Apple TV Plus announced that its new bilingual thriller series “Now and Then” will premiere on May 20. The first three episodes of the Spanish-English series will be released at once, with the following five episodes to be released weekly, every Friday. Set in Miami, “Now and Then” follows a group of college best friends whose lives are changed forever after a celebratory weekend that leaves one of them dead. Twenty years later, the remaining five are reunited by a common threat that puts their lives at risk. The cast includes Academy Award nominees Marina de Tavira and Rosie Perez, Ariel Award winner José María Yazpik, multi-Goya Award winner Maribel Verdú, Manolo Cardona, Goya Award winner Soledad Villamil, Emmy Award winner Željko Ivanek, Jorge López, Alicia Jaziz, Dario Yazbek Bernal, Alicia Sanz, Jack Duarte and Miranda de la Serna. The show’s creators are Ramón Campos, Teresa Fernández-Valdés and Gema R. Neira. Campos and Fernández-Valdés serve as showrunners, and the series is written by Neira and Campos with their team. Gideon Raff (“Homeland”) executive produces and also directs.

NBC announced that “The Courtship,” formerly named “Pride & Prejudice: An Experiment in Romance,” will debut on March 6 at 8 p.m. ET, with weekly episodes airing in the same time slot. The new reality show transports contestants to early 19th century England as a group of hopeful suitors attempt to win the heart of one “heroine” and her “court.” From handwritten letters to carriage rides, “The Courtship” creates the ultimate romantic experience, showing contestants whether they are truly a match for one another. Executive producers include Anthony Dominici, Sharon Levy, DJ Nurre, Michael Heyerman, Susy Price and Andy Cadman.

Check out the trailer below.

Check out the trailer below.

AspireTV has announced that Season 2 of “Just Angela” will debut Feb. 15 at 9 p.m. ET. From entertainment company Kin, “Just Angela” gives viewers an intimate look at the daily life of actress and entrepreneur Angela Simmons. In the new season, Simmons will cover a variety of topics — from her new home and vegan diet, to the Black maternal health crisis and parenting through grief. She will also continue to feature entrepreneurs on aspireMKTPLC, an online directory of Black-owned businesses.