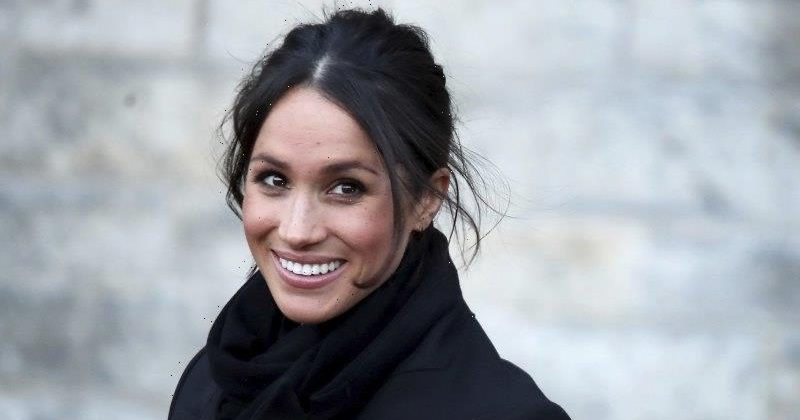 Being a Sussex presumably confers many privileges, but immunity from the Netflix axe is not among them.

So Meghan Markle has discovered as her animated series Pearl, which has been in development since last July, was given the chop over the weekend as the streaming giant began making some major adjustments in response to its declining fortunes. 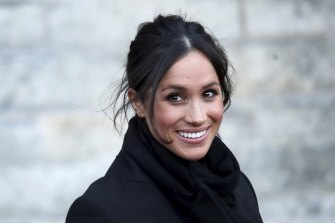 Meghan Markle, the Duchess of Sussex, has just had her first series with Netflix cancelled while still in development.Credit:Getty Images

Pearl, which was being produced by Markle with Elton John’s husband David Furnish, was announced last year as one of the first fruits of the $US100 million development deal signed by Archewell, the production company set up by the Duke and Duchess of Sussex, with Netflix. It was billed as “a family series that centres on the adventures of a 12-year-old girl who finds inspiration in a variety of influential women throughout history”.

In a statement at the time, Markle described the story as “a journey of self-discovery” that “celebrates extraordinary women throughout history”. She added that “David Furnish and I have been eager to bring this special series to light”.

Now, though, the lights have gone out on Pearl as Netflix reacts to the disastrous first-quarter results, in which it revealed it had shed 200,000 subscribers globally, its first drop in a decade, and predicted it would shed 2 million more next quarter.

With many senior executives and regular staff at the company taking share options as part of their remuneration package, those losses are far more than academic. 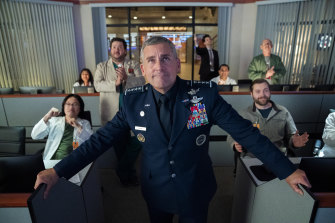 Steve Carell, centre, was earning $US1 million per episode for the just-cancelled Space Force. Credit:Netflix

Netflix has responded by cancelling two other animated family series that were in development, Dino Daycare and the South Asian-inspired adventure Boons and Curses. It has also declined to take the Steve Carell comedy Space Force to a third series. Costs there are reportedly a major factor, with reports suggesting Carell was being paid $US1 million per episode for the show.

The streamer has also made cuts behind the scenes to its marketing department, while around 10 staff were cut last week from its Tudum website, just months after being coaxed there by offers of high salaries and long-term work.

The site had been announced by Netflix last December with a promise to grant readers “a backstage pass that lets you dig deeper into the Netflix films, series, and stars you love”. The laid-off staff have reportedly been offered just two weeks severance pay.

The Sussexes will no doubt fare a little better. While the Harkle sparkle may not be quite as bright as it was, Harry’s documentary series Heart of Invictus is understood to be still forging ahead.

When announcing their deal with Netflix in September 2020, the Sussexes said, “our focus will be on creating content that informs but also gives hope”.

As the axe drops, they won’t be the only producers crossing their fingers that this is but a passing phase rather than a glimpse of the revolution to come.