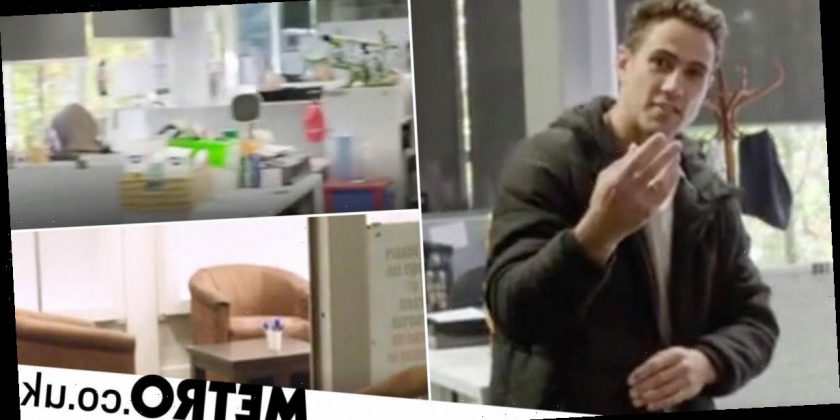 The Neighbours cast have given viewers a tour of the set to demonstrate how production has adapted under the new social-distancing measures amid the coronavirus pandemic.

Now that filming has resumed on the show, Takaya Honda, Matt Wilson, April Rose Pengilly and Tim Robards showed fans the changes that have been made to ensure the safety of the actors and staff.

The stars, who play David Tanaka, Aaron Brennan, Chloe Brennan and Pierce Greyson in the Australian soap, spared no detail and walked through a range of departments, including hair and make-up, the extras room and of course, the set.

Before even being allowed access onto the site, guests have to have the temperatures taken. Once they’ve got the all-clear, they’re good to go.

Wilson explained that the majority of the production has now gone digital, meaning that the soap’s scripts are all online.

Honda added that the producers are working hard to rewrite scripts so that the cast can maintain their 1.5 metre distancing.

Meanwhile, Pengilly revealed that the producers have stepped in to serve as extras.

‘It makes me very nervous when it is the producers because they are the big bosses,’ she confessed.

The cast confirmed that while new rules mean there’s no kissing or touching on set, special camera techniques can be used to give off the illusion certain characters are closer than they are.

Speaking about the changes, Chris Oliver-Taylor — the chief executive of Freemantle Australia — said: ‘It’s going to look a bit odd.’

‘[But] Neighbours is a show that can get away with it.’ ‘We employ hundreds of staff who want to work and feel they can. It’s important we continue to produce a show that reaches millions of people in the UK and a significant audience in Australia.’