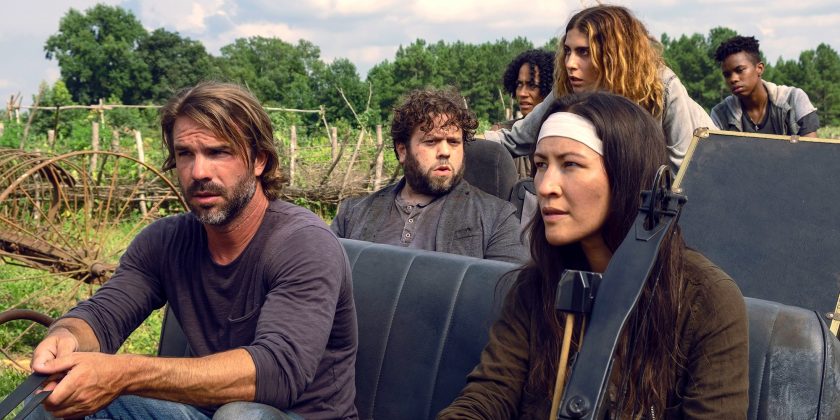 After the loss of Rick Grimes in the fifth episode of this season, The Walking Dead made an abrupt, game-changing time jump. While the show could’ve rested on its laurels as the series headed into its winter break … it didn’t. Instead, in keeping with tradition, the mid-season finale featured loads of intrigue, a shocking reveal, and a cliffhanger ending that’ll keep us on tenterhooks all the way into 2019. Here’s everything that went down in the latest episode of the zombie drama, titled “Evolution.” 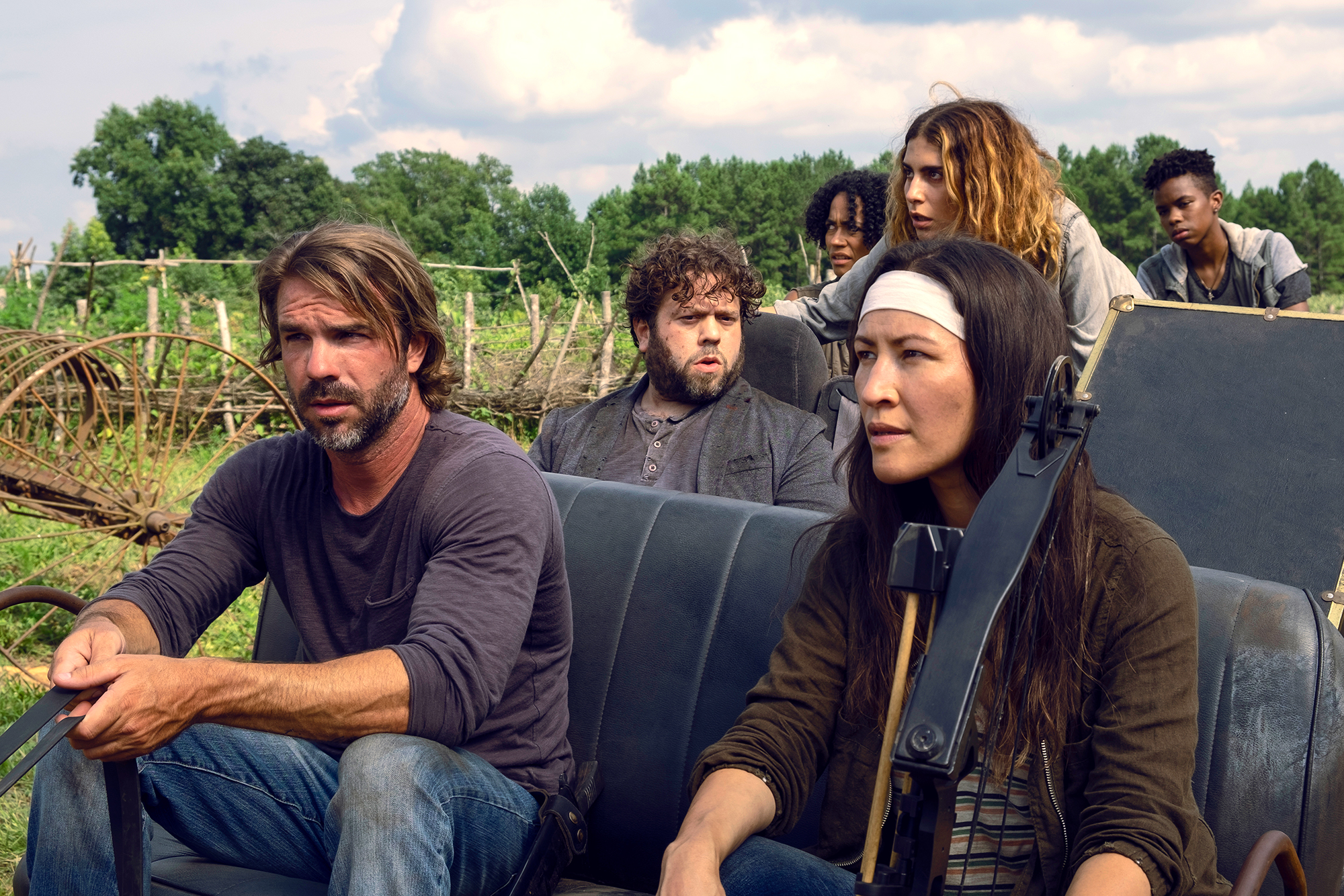 After discovering – to his disappointment – that Hilltop dream girl Enid (Katelyn Nacon) was already involved with someone else (Alden!), Henry (Matt Lintz) fell in with a group of local teens, got wasted on bootleg moonshine and wound up in the community clink for drunk and disorderly conduct. At the same time, Michonne (Danai Gurira) and Siddiq (Avi Nash) arrived at Hilltop just in time to cross paths with Carol (Melissa McBride) — and to shed a little more light on the source of the current rift between the communities. Turns out, Michonne did something during the six-year time hop that left her persona non grata at Hilltop. We still don’t know the details (might it have something to do with that mysterious “X” scar on her back?), but whatever it was, it left a mark. All Michonne would say was, “At least they’re alive so they can hate me for it.”

Meanwhile, back at Alexandria, Father Gabriel (Seth Gilliam) was giving therapy to Negan (Jeffrey Dean Morgan), who was (unsurprisingly) the worst and most uncooperative of patients. After Gabriel’s attempts at guided meditation went pear-shaped, Negan took the opportunity to rib him about his new relationship with Rosita (Christian Serratos) — which left Gabe fuming when the Hilltop messengers arrived with the news that she’d been found near death in the woods. After lashing out at Negan, Gabriel stalked off in a rage … and it seems like he forgot to lock the cell door. (Or was it the guard’s fault?) The last time we saw the former bat-wielding maniac, he was exiting his prison and headed who-knows-where. Bad news? Yes! But not the worst. 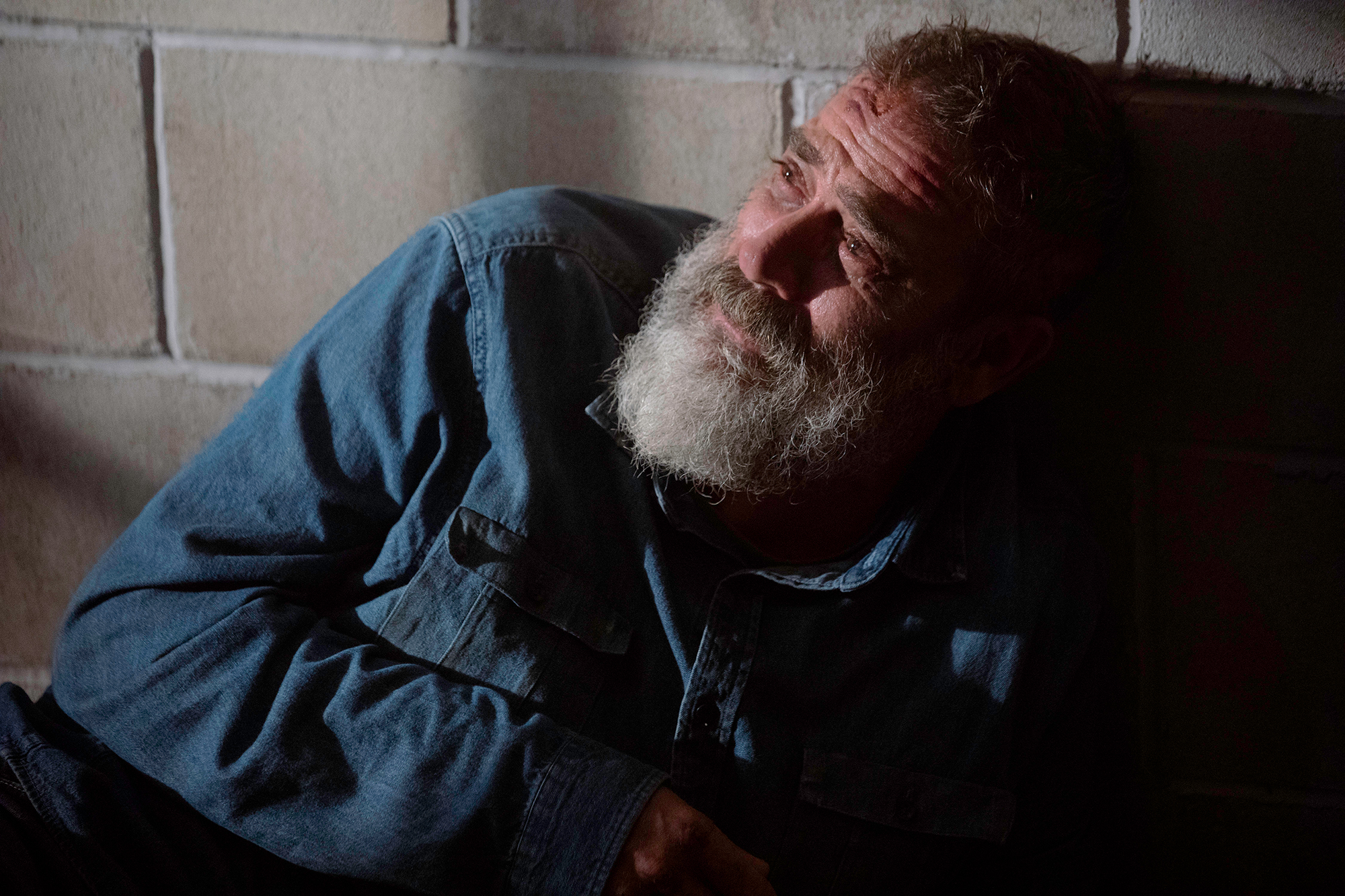 What’s more terrifying than a pile of zombies? How about a pile of weird mutant talking zombies in a fog-filled graveyard? After observing a herd behaving strangely, Daryl (Norman Reedus), Jesus (Tom Payne) and Aaron (Ross Marquand) finally found their way to the barn where an injured Eugene (Josh McDermitt) was hiding — and rambling like a madman about how he’d heard the zombies whispering to each other as they pursued him. Eugene had his own theory about evolution amongst the undead (to which the others were forced to grudgingly admit that talking corpses were no objectively weirder, really, than walking ones), but the truth turned out to be far more terrifying.

After fleeing into a cemetery, the survivors fought against time to open a gate and make their escape, and Jesus took the lead on cutting down the dead with a series of ninja moves. The shambling walkers were no match for him — until one suddenly dodged his kick, grabbed him from behind and stabbed him repeatedly in the back. “You are where you do not belong,” the zombie hissed, because (as Jesus’ friends shortly discovered), this zombie wasn’t a zombie at all, but an ordinary human man wearing a corpse’s face sewn around his own head, Hannibal-Lecter-style … A.K.A., a Whisperer.

Worst of all, this guy wasn’t one lone weirdo. There was a whole gang of them, and in the final moments of the episode, our heroes were surrounded by unseen Whisperers. Will they find a way out? Is Jesus really dead? How can you possibly wear a sack of rotting flesh on your head all day long without just constantly, copiously barfing? The answers to these questions await us when The Walking Dead returns next year.