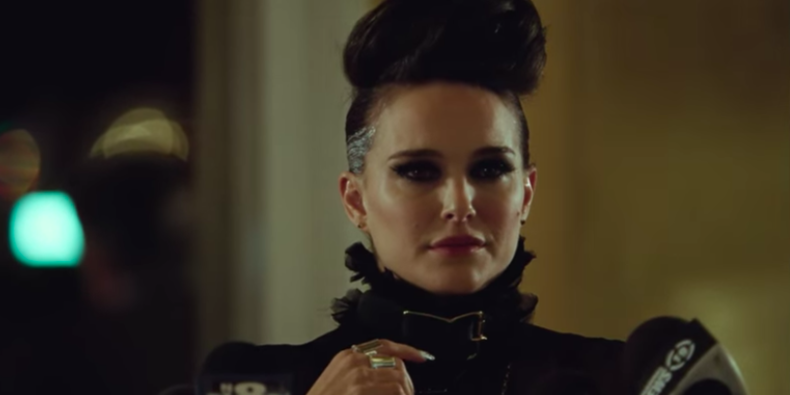 Since Vox Lux was first announced more than two years ago, there’s been ample speculation about who, exactly, was the inspiration for the film’s darkly tragic, elaborately costumed pop star. Is she Lady Gaga or Katy Perry? Britney Spears, perhaps, or even Jessica Simpson? Perhaps Madonna, or a hint of Gena Rowlands in John Cassavetes’s Opening Night? Sia did the music, so maybe there’s a bit of her in there. And what pop star has a Staten Island accent? (Surely it’s not Pete Davidson.)

Actually, director Brady Corbet and star Natalie Portman (who replaced Rooney Mara in the lead role after she dropped out due to production delays, which is probably for the best because it's really the most Natalie Portman character) are here to set you straight: It’s not really any of the above. It’s also kind of all of them. It’s also, somewhat unexpectedly, Kanye West.

“If anything, I feel like the character’s closest to Kanye West,” Corbet said in an interview with Vulture this week during AFI Fest, where Vox Lux screened after premiering at the Venice Film Festival earlier in the fall. Portman chimed in here, saying she “wasn’t thinking Kanye” but at Corbet’s suggestion “totally could see it.”

“The idea was that the character would be sort of an amalgamation of many, many, many, different real-life personages. There are certain character traits or parts of the story that evoke real-life people,” Corbet went on. “You never want people to take the comparison the wrong way. The character is a fictional character so I wouldn’t end up insulting anyone.” Portman again echoed her agreement, saying she doesn’t “really see [Celeste, her character,] as one” person alone—it's more like “different sides” depending on who Celeste is interacting with, be it family, professional peers, or fans. So please, Britney, Stefani, Madonna, Katheryn—don’t take this the wrong way, and don't take offense. It’s not really you, it’s Kanye.

Natalie Portman in Lanvin at the premiere of Sicario at the Cannes Film Festival in Cannes, France, May 2015.