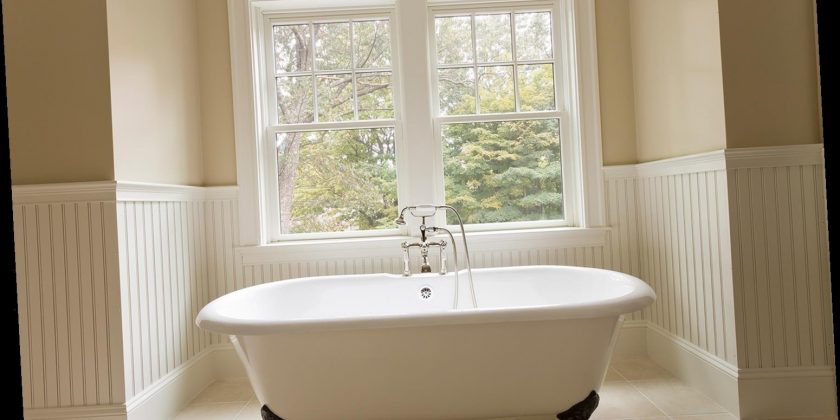 A hospital miscommunication regarding coronavirus restrictions led one New Jersey woman to give birth someplace she never expected: her very own bathtub.

Erin Persia welcomed daughter Amelia Gracelyn in the bathtub of her Blackwood home on Friday after she left the hospital believing her husband Steve would not be able to accompany her during labor, according to her Facebook post.

“So we did a thing today, in our bath tub, just the two of us!” she wrote. “Now presenting Amelia Gracelyn Persia. She’s literally perfect.”

Persia told WPVI that she went to the triage unit at Virtua Voorhees Hospital in Voorhees Township and was told her husband had to wait outside in the car due to visitor restrictions put in place due to the coronavirus outbreak.

“They were like, ‘Okay, your husband has to wait in the car… He can’t come back with you because of everything that’s going on,’” Persia told the outlet.

Persia said she soon began having contractions by herself and suffered a panic attack, opting to leave the hospital once the contractions stopped.

As the hospital later told the outlet, husbands or other support persons can, in fact, join their wives for labor and delivery, though they’re only allowed in once the mom-to-be has been admitted, which Persia had not yet been.

“Patients are typically alone when they first present at the hospital and are initially assessed and triaged,” the hospital said, according to WPVI. “If the care providers determine the mom-to-be should be admitted, that is when the support person (most often a husband) can join her for labor and delivery.”

Persia, meanwhile, said her contractions started up again several hours after leaving the hospital, and little Amelia was born in the bathtub at 10:30 a.m., WPVI reported.

Persia wrote on Facebook that she’s “never been more proud” of herself, and also gave a shoutout to a neighbor who quickly stepped in to help, and to her parents, who showed up just as Amelia was born and helped the new mom through.

“We are doing great. And have no clue how big she is. Stay tuned for deets,” she wrote.

Virtua Voorhees Hospital’s website states that one visitor may accompany a woman in labor, and that there is one designated visitor allowed in the mother/baby unit.

The restriction follows a statewide order from Health Commissioner Judith Perischilli that says pregnant women are entitled to either a spouse or one other “essential” person of their choosing to accompany them in the delivery room, according to NJ.com.

As of Tuesday afternoon, New Jersey has 41,090 confirmed cases and 1,005 deaths attributed to coronavirus, second only to New York in the U.S., according to The New York Times.