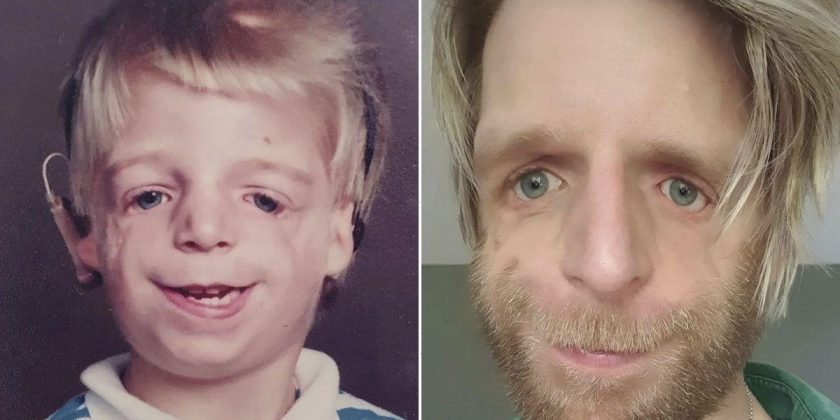 A man who was rejected by his birth parents for his facial differences embraced his unique identity to inspire others.

Jono Lancaster was born with Treacher Collins Syndrome, a rare condition that caused him to be born without cheekbones and with an underdeveloped jaw, as well as “Bart Simpson ears” that left him needing a hearing aid.

These symptoms meant that Jono was born with facial differences, and led to his birth parents cruelly abandoning him at the hospital.

READ MORE: Single mum who gave birth for the first time at 50 says it was the 'right' time

After a difficult time coming to terms with being treated differently for his looks, Jono now runs a charity that supports others with similar conditions, and he shared his inspiring story on LadBibleTV.

During his childhood, Jono described how he had come to terms with his facial differences by making up a backstory for why his parents had abandoned him.

But, as he grew older he discovered the shocking reason why his birth parents had chosen to leave him at the hospital.

When he was 24, Jono was given a document that read, ‘both parents were horrified by the child’s appearance, both parents felt no maternal bond, both parents left the hospital 36 hours later, leaving the child behind’.

As a result, Jono experienced some difficult times during his teenage and early adult years.

But, the Brit described how his self-perception changed slowly over time when an encounter with a friendly bloke at the bar he was working at was followed up by a girl he fancied asking him out for a drink.

He recalled: “She was like ‘Jono, I find myself staring at you all the time’… Before I had chance to say anything, she was like, ‘I just love your face’, and she leans in and she kisses me.

“In that moment, in that kiss, I went from feeling unlovable to thinking I was the sexiest guy in the world.”

Despite this, Jono admitted that he had still suffered some setbacks in his journey – an attempt to reach out to his birth parents was flatly rejected.

But, this didn't prevent Jono from embracing his identity, when he realised that he was comfortable looking at his own reflection in a full-length mirror at the gym.

"I look at my face, and instead of wanting to push my eyes up, I smiled.," he explained. "For the first time in I can't remember how many years, I absolutely loved what I saw."

And, after being invited to speak in schools about his experiences, the 37 year-old has established his own successful charity, the Love Me, Love My Face Foundation.

The organisation supports children born with facial differences by funding medical services, and organising support networks for people to connect over their unique experiences.