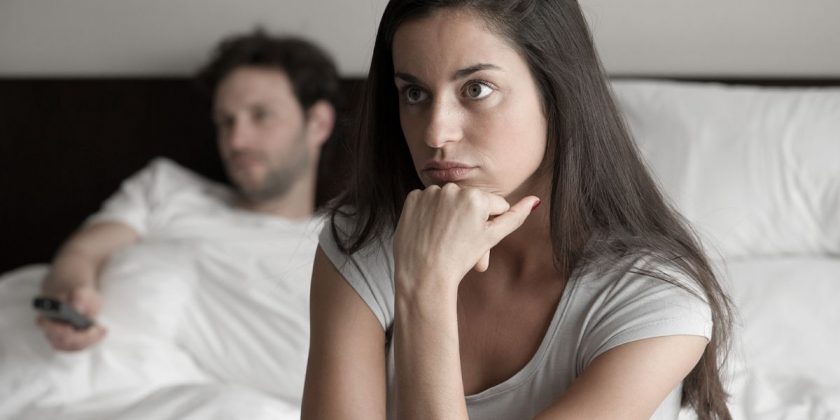 I’ve been seeing my boyfriend for about six months. We’d known each other for a while before getting together. He’s the manager of a bar I go to with my friends and we used to chat to him when we were in there, and also talk among ourselves about how gorgeous he is.

Eventually, after months of admiring him from afar, I plucked up the courage to ask him over to my place one night after his shift and things progressed from there.

My problem now is, I’ve discovered he’s not very sexual and I have a pretty high sex drive. On the surface, he’s got it all – he’s unbelievably sexy and ­handsome, and funny too. All my friends are jealous I’m dating him.

But the truth of it is, when it comes to sex, he never takes the lead, he’s a bit fumbly and unsure, and he finishes really quickly.

I have never said anything to him because I don’t want to embarrass or upset him, but I’m starting to feel like our relationship is all wrong, even though I wanted it for such a long time. What could be going on with us and is our relationship doomed?

I wouldn’t say it’s doomed, but I do think being sexually compatible is important in the long term. When you first meet someone, you tend to gloss over issues that then become a problem later when you’ve been together for a while.

He sounds fabulous on paper – and in the flesh for that matter – but it doesn’t mean you’ll have chemistry together and maybe he’s missing the X factor. However, I wouldn’t throw in the towel without at least trying to work it out – but you have to communicate. He’s not a mind reader.

During sex, let him know what you like and what you want, and guide him through. That can be very sexy in itself and might really appeal to him.

It could be that he just lacks a bit of confidence in bed, but he’s never going to know what you want unless you actually tell him.

I know in the cold light of day it can feel mortifying to bring up sex, but when you’re in the mood, why not suggest things?

Obviously, although he may be great in every other way, if he’s not doing it for you in this department once you have discussed the matter, then I’d suggest you do need to move on and find someone who is a better match for you sexually.