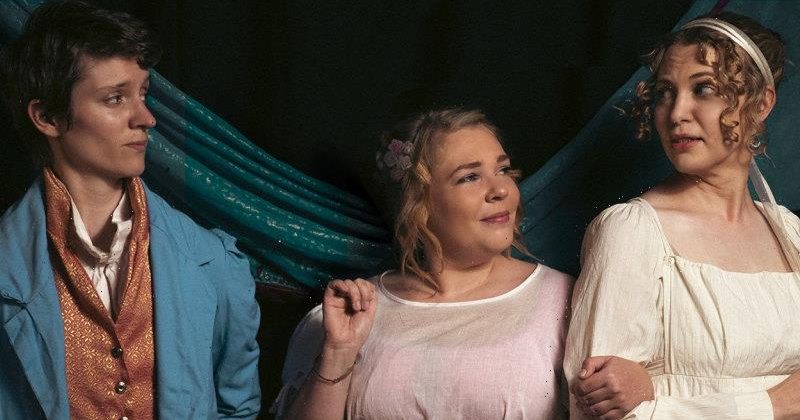 Jane Austen’s remarkable way with words, and thoughts unspoken, are pitch-perfect for a new musical theatre adaptation of one of her most famous novels.

Or so says Sharmini Kumar, writer and director of Sense and Sensibility – The Musical. “You can sing the repressed emotion, which allows us to have the best of both worlds with the novel’s deliciously awkward scenes.” 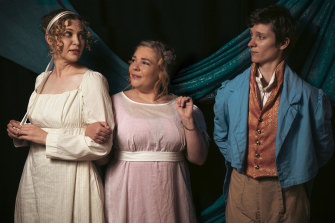 The beloved tale of the Dashwood sisters and their hunt for a new home was published 200 years ago but Kumar, who also runs the annual Austen Con, says it’s one for the ages. “[Austen has] all the cynicism, sharp-tongued social commentary and wit, but there’s also genuine emotion and romance in there. Her characters are so well drawn that they’re recognisable in modern life, even when the situations are so different. The books are endlessly adaptable.”

Musicals are having a moment right now. Hamilton is about to open at Her Majesty’s Theatre, and Moulin Rouge! will can-can at the Regent Theatre until April. Steven Spielberg’s West Side Story re-do is still playing in cinemas and is nominated for seven Oscars, with the Peter Dinklage-led Cyrano up for one.

Kumar has a theory why they are so popular again. “I think Hamilton, and shows like Six and Dear Evan Hansen, have managed to grab hold of the cool youth market in a way that it doesn’t feel like they had for a very long time. And we’re beginning to see more diverse stories from diverse perspectives, after being a very white-dominated space, which is exciting.”

Kumar’s a big fan of director Ang Lee’s 1995 Sense and Sensibility movie, adapted by and starring Emma Thompson as Elinor. She also grew up in a household that hummed to the tune of Rodgers and Hammerstein musicals, even appearing in a school production of Oklahoma! So it wasn’t such a stretch for her to tackle a lyrical take on Sense and Sensibility with the help of composer and musical director Daniel Hernandez (though he “isn’t really an Austen person”, Kumar admits).

The character of Colonel Brandon (a rejected suitor for Marianne) allowed Kumar, whose father is Sri Lankan and mother is Filipino, to explore the colonial subtext of the novel. Some Austen scholars believe he’s based on Warren Hastings, the first Governor-General of India, though the book says little about Brandon’s time as a young man in India.

In teasing out this backstory, Kumar has written in a new character, Singh, played by her brother Romesh. “He’s a friend of Colonel Brandon that he met in India, a merchant who questions British tradition and the way they value things and people in this society,” Kumar says. “I wanted to put somebody into that conversation who had skin in the game.”

Sense and Sensibility – The Musical is at Gasworks Theatre, Albert Park, from March 16-20.