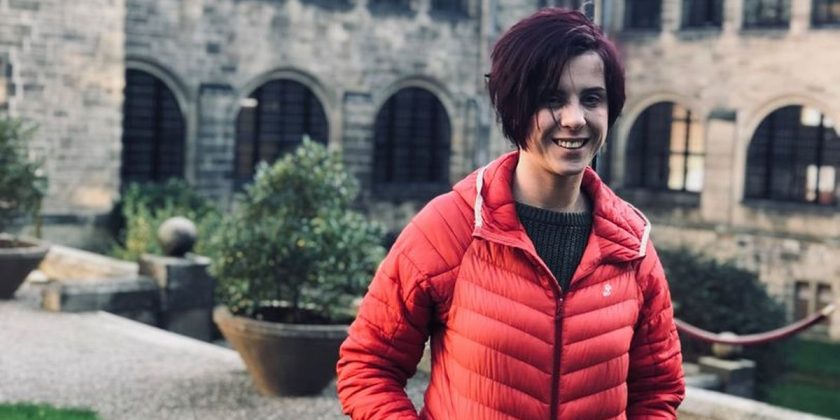 A woman has recounted how she suffered a stroke at age 24 leaving her struggling to remember her own children’s names.

Nicola Brown, 24, says the condition was brought about by night-time seizures which doctors initially struggled to diagnose.

At the time she couldn’t even remember the name of her own newborn baby.

Thankfully, Nicola has now recovered but says the incident had a profound affect on her life.

“My partner would wake up and I’d just be staring at him not responding," she said.

"Before my stroke I worked in various pubs and clubs in my local area. I began to have seizures in my sleep but the hospital kept on sending me home saying I was sleepwalking.

“That happened four or five times but on one visit and by chance a neurologist came to see someone else while I was there and the hospital asked if they could just take a look at this one scan.

"I was 24 years old when I had my haemorrhagic stroke.”

Nicola considers herself “very lucky” that her stroke, probably caused by genetic fault she was born with, happened shortly after she’d arrived at Liverpool’s Walton Hospital from her home in Llanberis.

“It was while they were prepping me for theatre I haemorrhaged. I was haemorrhaging for 80 minutes before they managed to stop the bleeding.

“As a result I have been left partially sighted, which was very difficult to adjust to in the beginning.

“I have the bottom left corner of my sight in both eyes missing.”

She said her doctor, Professor Bob Rafal, was her “hero”.

“I dread to think where I would be today [without him]. I remember being in the North Wales Brain Injury Services feeling very helpless, frustrated, scared and confused.

“’Why did this happen to me?’ and ‘I never hurt anyone’ were some of the thoughts that kept on going through my head.

“Recovery is the hardest thing I’ve ever done.

"I was a mother to two young children – a four-year-old son and a six-month-old baby girl. My left arm was in the typical stroke position. It was extremely difficult to change and look after my baby and I’d often forget her name for a very long time.

“My mother told me that people used to approach us in the streets and ask me how old my baby was.

"I always used to have to turn to my mum and ask these questions.”

Nicola lost the ability to properly and accurately recall information but managed to overcome this with the help of assistive technology which has transformed her life.

With the help of this technology on her computer Nicola, who did not dream of going to university before having a stroke, found the courage to take a foundation degree at Bangor University.

Last year the former bar worker graduated from Bangor University with a BSc (Hons) in Neuropsychology and is currently in the middle of an MSc with ambitions to do a PhD.

Nicola also volunteers for Headway, the charity helping people who have had head injuries, and has been nominated recently for a national Headway award for dedication to help others with a brain injury.

“I started studying because I met someone who said: ‘I understand what you are going through’. I was very angry about that and thought I would learn about it so I can be experienced and work with people and really know what they are going through.

“I am honoured to have survived and to be surrounded by such inspirational people who have motivated me and pushed me to my limits every day.

“Hopefully one day I aim to complete a PhD and to help others in a similar situation to my own. I can truly empathise, understand, and appreciate the difficulties people experience after a stroke.

“My advice to someone who has recently had a stroke is to never, ever give up. As the saying goes: ‘What doesn’t kill you only makes you stronger’. It’s tattooed on my arm.”

She said having a stroke encouraged her to study and change her life.

“I thought it had ruined my life and there was no hope but I also wanted to understand what had happened and help others," she said.

“I think studying helped my recovery because I am using my brain rather than being a bar worker.

"I did A-levels and an access course at Coleg Menai and then went to Bangor University.

“Education for me has been a lifesaver. I love it. My arm is better now. I think it has helped me physically that I used my brain.”

Nicola, who uses a system called Dragon Dictate to help her read and write on her laptop, is now chair of Headway in Gwynedd.