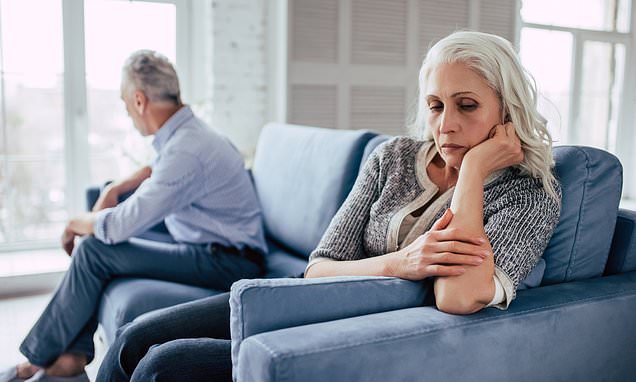 A mother-of-four who found out her husband of 21 years has had a string of affairs with other men was given advice in a fiery online thread.

The anonymous woman, from the UK, took to Mumsnet to reveal her husband had been having ‘many one night stands’ with men, as well as a year-long affair, and confessed she was considering ‘burning everything he has ever owned’.

Users were quick to offer advice, with some supporting a rash response and others urging her to ‘gather her thoughts’ and focus on taking legal action. 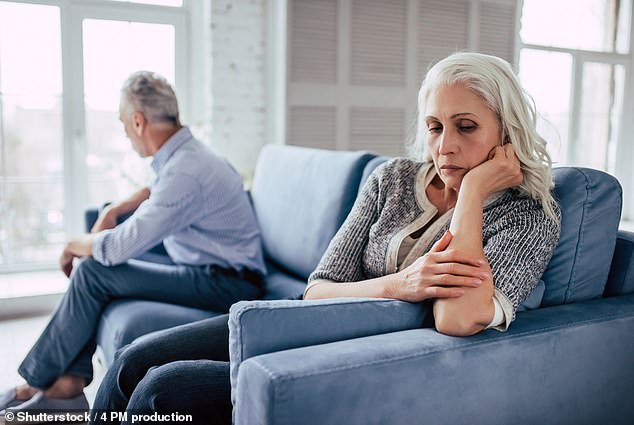 A mother-of-four who found out her husband of 21 years has had a string of affairs with other men was given advice in a fiery online thread. Stock image

The woman, from the UK, took to Mumsnet to confess she was considering ‘burning everything he has ever owned. Her online thread, pictured, racked up dozens of comments

The scorned woman said: ‘I’ve just found out my “DH” of 21 years has been having many one night stands and what appears to be a 12 month affair with men. I’m not sure why the gender of the other parties are important but it I feel it is relevant.’

‘Obviously I’m not going to burn his belongings but he feels I’m “unreasonable” for telling him to f**k off and never darken the doorstep again.

‘How the f**k do I even start to process this ? Not to mention the impact on our 4 children.’

The woman was met with messages of support from other users, with one agreeing burning his clothes might be therapeutic. 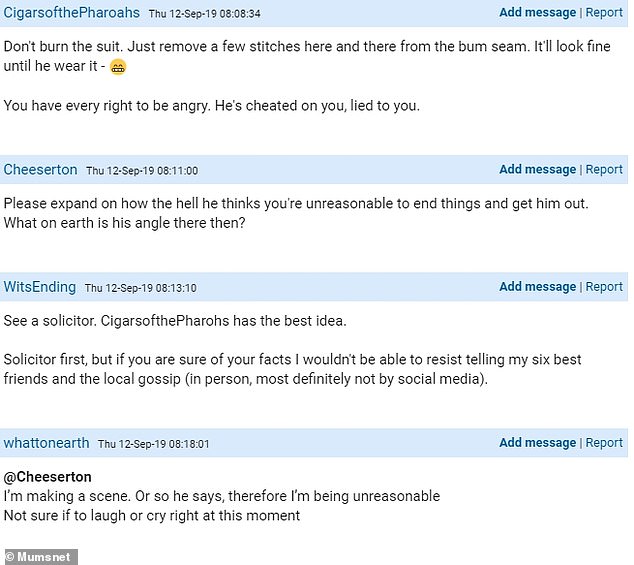 The woman was met with messages of support from other users, with one agreeing burning his clothes might be therapeutic. Others suggested remaining calm and seeking legal help

She said: ‘How on earth can be possibly think you’re being unreasonable? It needs to be treated in the same way as any other affair.

‘Maybe just burn his favourite outfit or something to make you feel a bit better.’

Others came up with their own creative ways to ‘get revenge’.

One wrote: ‘Take it to a tailor and have it taken in by several sizes – especially in the camel toe area.’

Another said: ‘Don’t burn the suit. Just remove a few stitches here and there from the bum seam. It’ll look fine until he wears it.   You have every right to be angry. He’s cheated on you, lied to you.

This mum suggested: ‘Or, wet it, cover it with watercress seeds and turn the heating on.’ 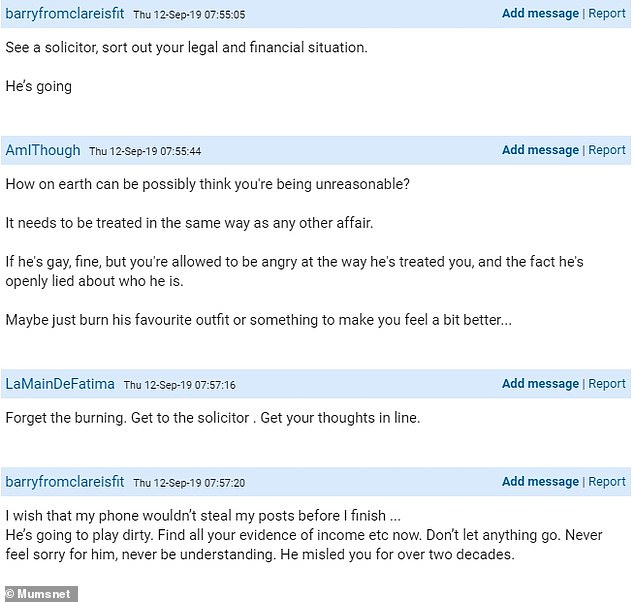 However others suggested a more rational approach.

One wrote: ‘See a solicitor, sort out your legal and financial situation. He’s going.’

Another wrote: ‘See a solicitor. CigarsofthePharohs has the best idea.

‘Solicitor first, but if you are sure of your facts I wouldn’t be able to resist telling my six best friends and the local gossip(in person, most definitely not by social media).’

A third agreed: ‘Forget the burning. Get to the solicitor . Get your thoughts in line.’