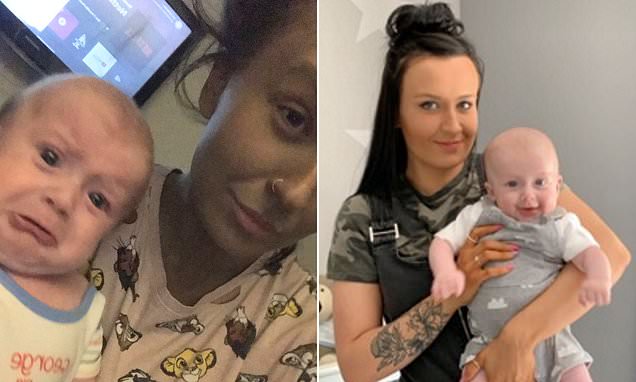 A mum caught the moment her baby was left crying in terror because she turned into the Incredible Hulk – thanks to her fake tan turning her skin GREEN.

Toni Morton, from Grantham, Lincolnshire, was looking forward to her first night out since giving birth and a pal recommended St Moriz medium tanning mousse to achieve a golden glow.

After eagerly lathering herself in the foam, the 25-year-old relaxed to allow her tan to develop overnight.

But just two hours later, Toni noticed she was getting ‘darker and darker’ and before long had taken on a glowing shade of green. 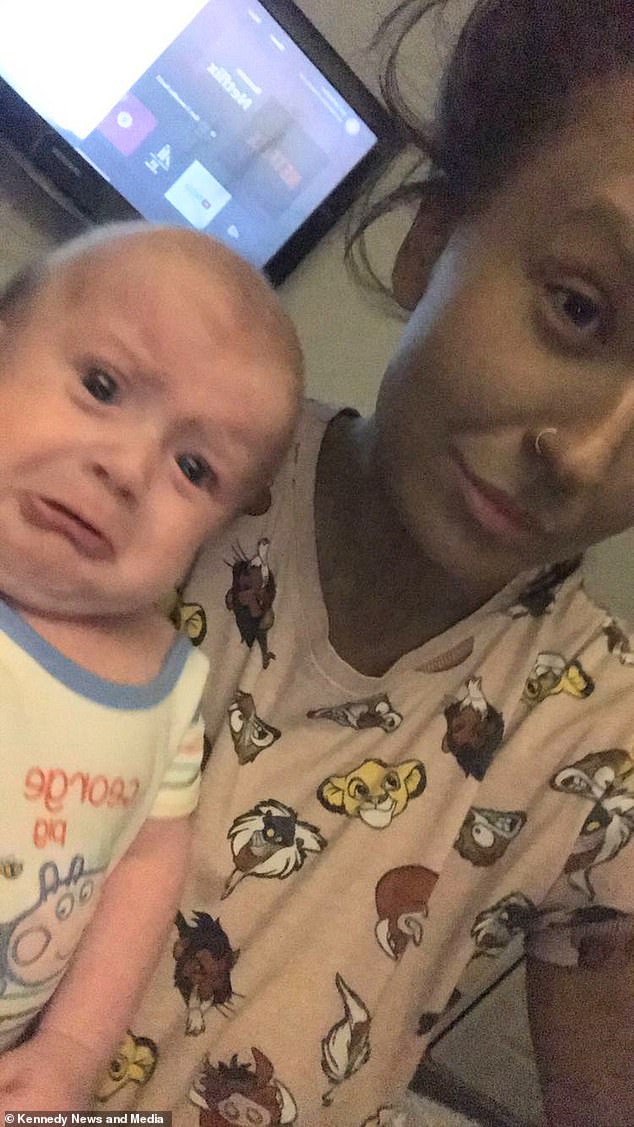 Toni Morton, from Grantham, Lincolnshire, caught the moment her son Bobby cried in terror because she turned into the Incredible Hulk – thanks to fake tan turning her skin green

Things went from bad to worse when the support worker’s 13-week-old baby Bobby burst into a deafening squeal at the sight of his beloved mum’s terrifying new look.

The new mother captured a hilarious photo of poor Bobby’s face screwed up in terror as he ‘didn’t recognise’ her.

Toni said: ‘When I first saw the colour I was fuming. I thought, “I’m turning into The Hulk”.

‘But when Bobby started cry, I was panicking and wondering what to do – it was scaring him. I don’t think he recognised me.

‘He was initially asleep when I put it on, but a couple of hours later I could hear him awake in his Moses basket so went to see if he was alright. 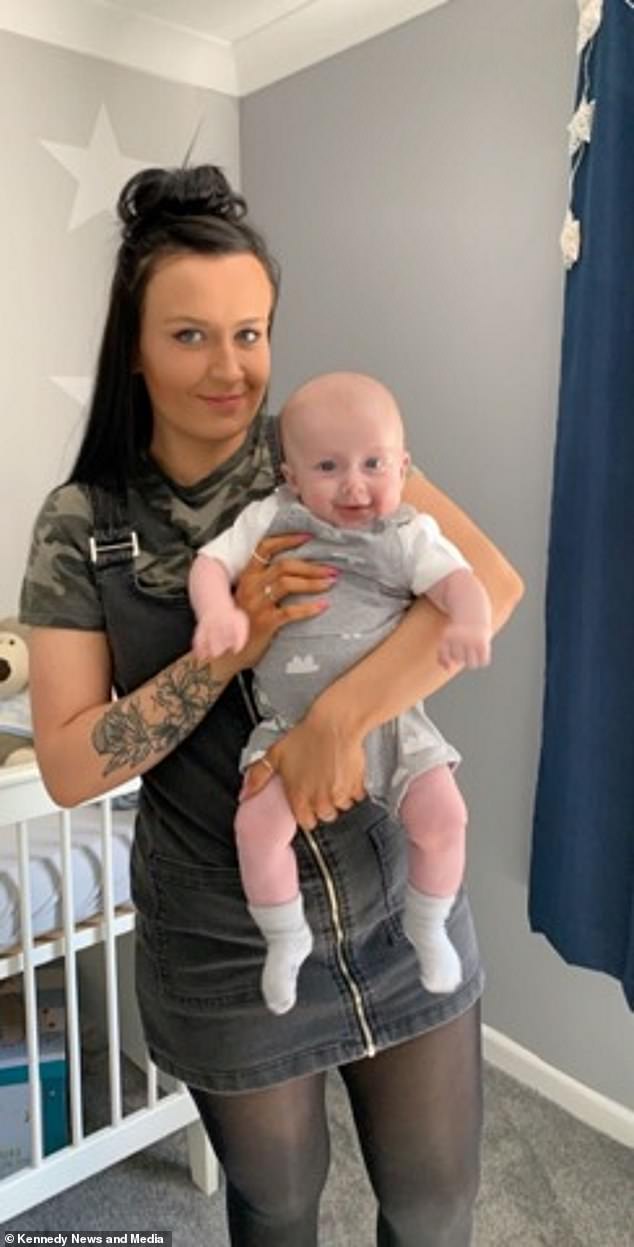 ‘The moment he saw me he started crying – his bottom lip dropped and that was it.

‘I gave him a bottle and he even cried through that. I ended up sitting him in a chair and putting the TV on so he would calm down – it took half an hour.’ 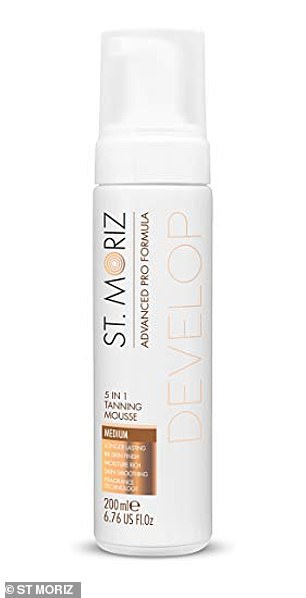 Toni, who has a naturally pale complexion, shared the ‘tanning fail’ pictures with her friends who found it ‘hilarious’.

But her horror turned to relief after she showered and discovered that the tan had turned out ‘a lovely colour’ when the excess had been washed off.

Toni said: ‘Every girl’s had a fake tan fail at some point. My friends all think it’s hilarious and joked it could only happen to me.

‘I was going to a family party that weekend for my first night out since Bobby was born.

‘One of my friends always looks really good so I asked her what tan she uses and she said St Moriz.

‘I’m really pale so I fancied a change. I followed the instructions, put it on and I got darker and darker, then started turning green.

‘The bottle says leave it on for around six hours or overnight, then you wash it off in the shower like you would a spray tan.

‘I had it on for two hours and it was turning green. This was only medium, they have dark and ultra dark as well.

‘I was scrubbing in the shower worried it wouldn’t come off and even text my mum to say “I can’t go out the house tomorrow”. 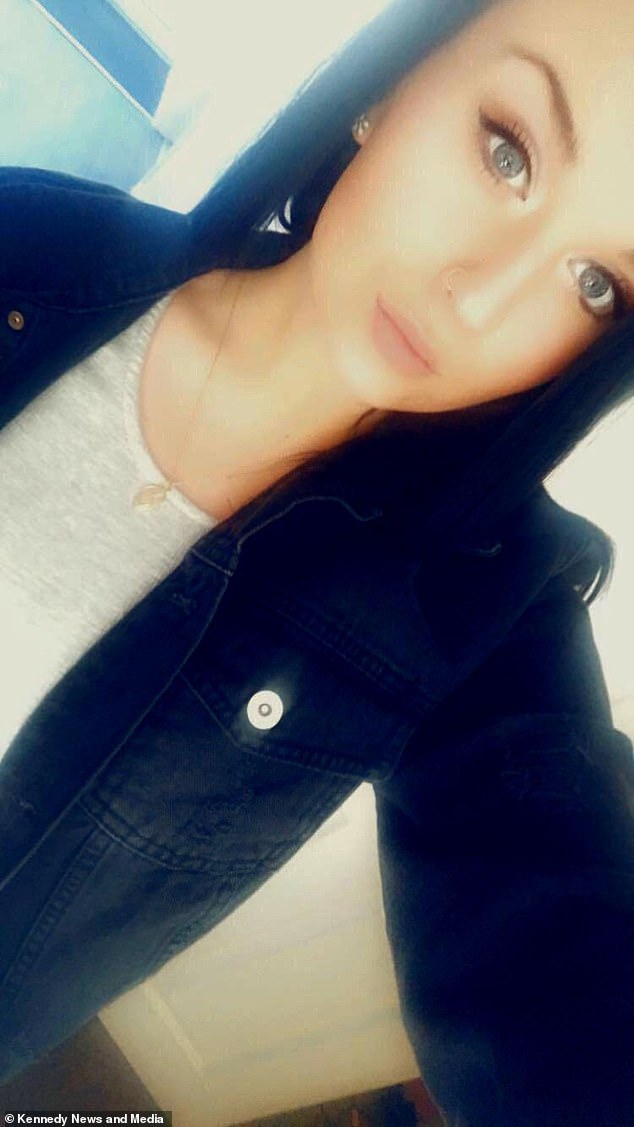 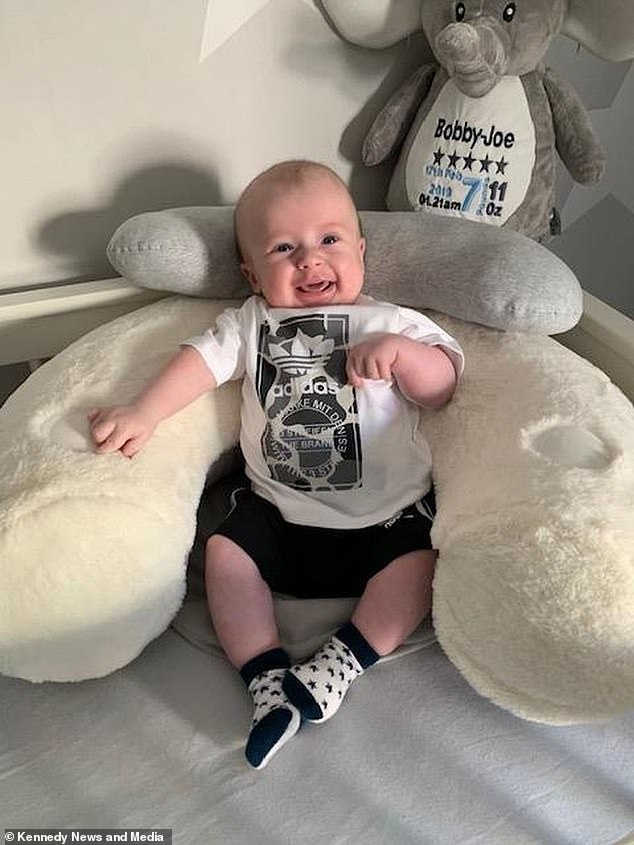 Toni, who has a naturally pale complexion, shared the ‘tanning fail’ pictures with her friends who found it ‘hilarious’ – though Bobby wasn’t impressed

‘She text me the next day asking if I needed anything from the shops because she thought I couldn’t leave the house.

‘But I sent my friend a picture and she was like, “oh my God”. Once I’d washed it off the tan was so good though, it was a lovely colour.’