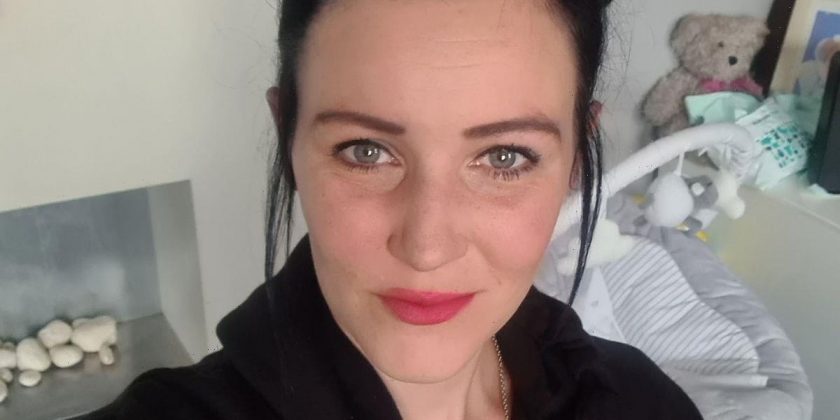 A horrified single mum marched her son over to a girl's house to apologise after she found out he'd called her 'fat' and 'ugly' in texts.

Samm Jane, 32, said she was ‘fuming’ after teachers called her and said her 12-year-old boy had been sending cruel messages to a fellow pupil.

READ MORE: Half of parents know their child has been cyber bullied – but feel powerless to stop it

The moment her son got home, she demanded he unlock his phone and give it to her.

Her son had also told the girl: "I never want to see your ugly face in school. Your ugly face and fat body offend me." When the girl replied to him saying "Stop being horrible to me", he sent her voice notes back, exclaiming: "Urgh, you’re disgusting".

The mum, from Nuneaton, Warwickshire, said she was "shaking with anger" seeing the texts, as she said: "I was like 'What are you playing at?'."

All her son had said about the situation was: "She does my head in at school", to which Samm said: "I don’t give a f**k".

She added: "I told him 'She’s going to be looking in the mirror now and feeling so insecure'. I couldn’t let it go."

Samm said the school wouldn’t give her the girl’s name due to data protection rules, but she got on the phone, did some detective work and found out where she lived.

She then made her son spend £10 out of the £100 he’d been given for his birthday on flowers and chocolates for the girl to make amends.

The full-time carer frogmarched her son to the girl’s front door and forced him to apologise to the her and her parents.

They later praised Samm for being a ‘decent parent’ and doing the right thing by coming to apologise.

The mum-of-five, has chosen to change her son’s name to ‘Dave’ for the purposes of this article as he is only 12.

She insisted that he will learn his lesson from the incident.

Samm said confiscated all of Dave’s electronic devices for a week in the aftermath as punishment, and says he was so desperate to get his phone back he even tried offering her money.

She shared her story on TikTok on June 8, one day after receiving that call from the school, and has since gained over one million views on the video.

Dave turned 12 on June 9 – one day after his mum's video – so we can't imagine he had the most joyous of birthdays.

She told her TikTok followers in the clip: "Now I’m a single mum and raising a boy to be a man is quite difficult.

"But if there’s one thing I’ve always said, it’s 'You f**king respect these women, you don’t disrespect them'.

"So even though he’s eleven years old and a kid, nothing he can say to me will justify what he said to this girl. Ever."

People have praised Samm over her response to the situation, as they called it 'proper old school parenting'.

One exclaimed: "Yes queen. If my boys ever do anything like this, I will be doing exactly the same!! So proud of you.:

While another added: "As a teenage girl, you are a brilliant mum for that. Thank you for making him unlearn his ways. So many boys my age are so disrespectful."

Since the apology, Samm says she's made sure her son understands the impact his words could have on others.