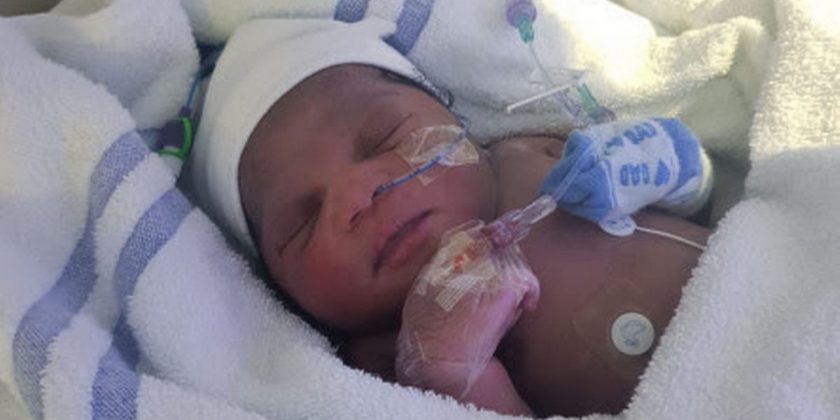 A mother and son have told of their distress after finding a newborn baby girl abandoned in a shopping bag by a park bench.

Wrapped in a blanket, the crying infant was discovered in east London as freezing temperatures and snow gripped the capital late on Thursday.

Rima Zvaliauskas was walking her dog when she heard crying coming from a play area off Roman Road in Newham at around 10.15pm.

The former midwife told the BBC she was left "shocked and stressed" by the discovery.

Her son, Lvidijus, told the broadcaster: "My mum at 10 o’clock in the evening was walking the dog and she heard a noise coming out from a bag.

"She rang me up because she was too scared to approach the bag. When I came I just found the baby in the bag and we phoned the ambulance and the police."

Mr Lvidijus said the incident was "unreal", adding: "She just had a blanket on her and that’s it, in a Sainsbury’s shopping bag."

His mother said it was "very cold" and it began to snow shortly after they made the discovery.

The baby was taken to a hospital in east London where she is being cared for by staff, who have named her Roman.

Police are continuing their efforts to find the baby’s mother and appealed for her to come forward so she can receive medical care and support.

Appealing directly to her mother, Inspector Shane Clarke, of the North East Command Unit, said: "I urge you to make contact either with police, your local hospital or GP surgery. It is really important that we know that you are safe.

"I would also urge anyone who has information that could help us to reunite this baby with her mother to come forward."

Anyone with information as to the whereabouts of the mother is asked to call police on 101 quoting reference CAD7825/31JAN or tweet @MetCC.