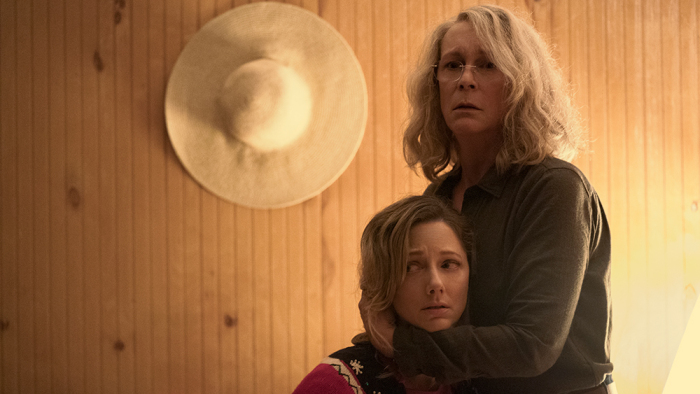 “Halloween,” “A Star is Born,” and “Crazy Rich Asians” made headlines for featuring strong roles for women, but even though the number of female film protagonists hit a high in 2018, the movie industry still offered its juiciest parts to men.

At a time when Hollywood is under pressure to become more inclusive and is being publicly encouraged to create more movies about women and people of color, the percentage of films featuring female protagonists rose to 31%, according to a new report from the Center for the Study of Women in Television and Film at San Diego State University. The good news is that’s an increase of seven percentage points from 2017, and also narrowly beats a previous high of 29% which was logged in 2016.

And yet even as they took center stage, key supporting roles remained out of reach for actresses. Women played only 36% of major characters in the top grossing movies, a decrease of a percentage point from the previous year. The study defines a major character as a character that appears in more than one scene and is instrumental to the plot.

“2018 may be remembered as the year in which things were not quite as they appeared for female characters,” said Martha Lauzen, the study’s author, in a statement. “While female protagonists rebounded last year, slightly besting the previous high achieved in 2016, the percentages of females as speaking characters and major characters remained relatively stagnant. Protagonists are the characters from whose perspective the story is told and so seeing more females in these roles is tremendously important. However, we are not seeing similar gains in the broader populations of major characters and in all speaking roles.”

To get its results, the study examined the top 100-grossing domestic releases, which means that certain indie films such as “Tully” or “The Wife” that center on female protagonists, did not factor into the data. The idea, presumably, is to look at where Hollywood is putting its greatest resources. Whatever their artistic merits, films such as “The Wife” cost a small fraction of what studios spend on “Mary Poppins Returns.” It turns out that as budgets rise, studios become more conservative. To that end, the study found that movies with a single female protagonists driving the action were more than twice as likely to be independent features (68%) as opposed to studio features (32%).

There were indications that movies were becoming more diverse even as certain glass ceilings remained difficult to budge. Black actresses had more speaking roles, with the percentage of these parts increasing five points to 21% in 2018, a recent high-water mark. Speaking roles for Asian females increased from 7% to 10% in 2018, but the study notes that is almost entirely attributable to one movie, “Crazy Rich Asians,” and isn’t representative of a broader trend. And not every ethnic group enjoyed gains in representation. The percentage of Latinas with speaking parts declined from 7% in 2017 to 4% in 2018. This drop came despite the fact that Latinx moviegoers are among the most avid.

Studios seemed more inclined to bet on women to deliver laughs than they were to finance films that showed them saving the world. Comedies had the most female protagonists (32%), then dramas (29%), horror films (19%), science fiction features (10%), and action features (7%). Companies were also more likely to employ middle aged men to star in their movies than women over 40 years old. Female characters remained younger than their male counterparts — the majority of female characters were in their 20s (29%) and 30s (28%) whereas the bulk of male characters were in their 30s (35%) and 40s (25%).

When it comes to providing better roles for women, a lot has to do with who is calling the shots. Fifty seven percent of movies with a female director or writer had female protagonist. That dropped to 29% when the director or writers were men.