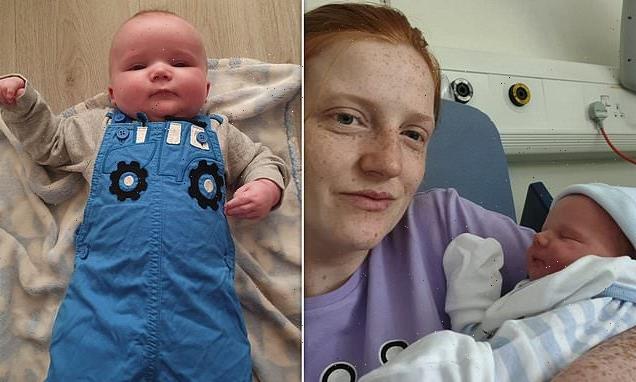 A mum has described how she has been trolled after revealing she called her baby son Lucifer.

Josie King, 27, from Devon insists there was no religious reason behind choosing the name for her seven-month-old – she just liked it.

The mother-of-two said her son is a ‘miracle baby’ who was born after she lost ten other children, and insists she didn’t call him after the devil.

Jodie claims she spotted Lucifer, which means ‘bearer of light’ in Latin, in a baby name book and liked the sound of it – after earmarking Narnia for a girl.

The doting mother revealed the name when she called the Jeremy Vine TV show to join a discussion on unique baby names, and has since been trolled with hurtful comments. 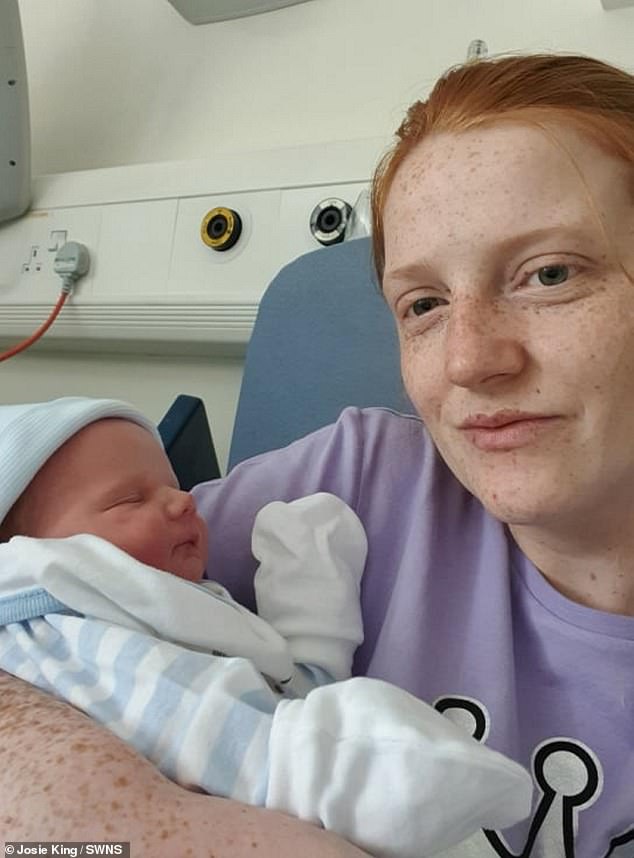 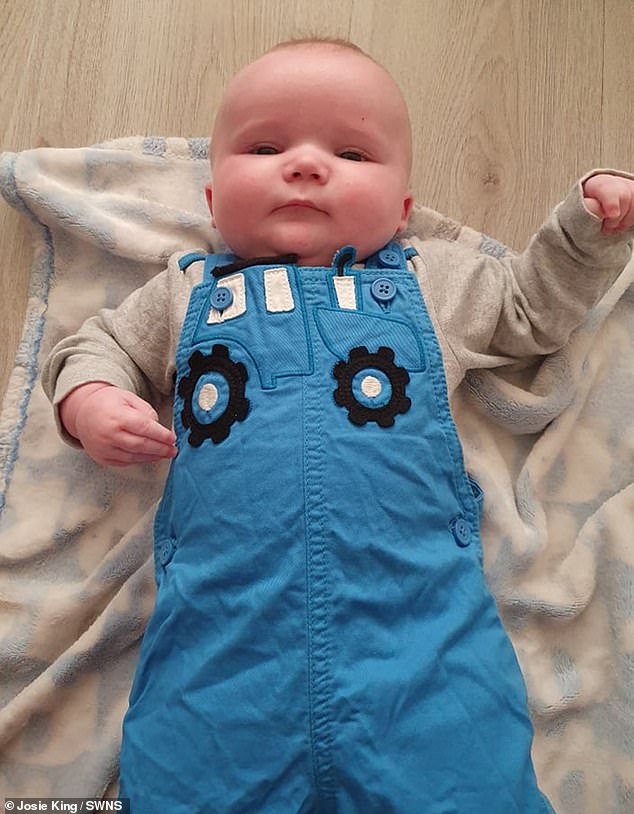 Jodie says: ‘I’ve been called “an atheist” – I didn’t even know what an atheist was till last night. Everyone has their own beliefs.

‘When it comes to religion and real life, they are very different things – one is actual living and the other is in a book.

‘The Devil is not the meaning of my son’s name.’

Josie, who lives with her partner and her two young children, says there was no biblical inspiration for seven-month-old Lucifer’s name.

She added that his arrival into the world was actually a miracle due to her physical health conditions.

Josie said: ‘I have was diagnosed with hemiplegia in September, then found out I was pregnant with Lucifer in October.

‘So the pregnancy alone was stressful.

‘I looked at thousands of baby names and it wasn’t a decision I made lightly because I knew it was the last child I could ever have.’

She said: ‘I had Lucifer six years since the birth of my first daughter because during that time I lost ten children. 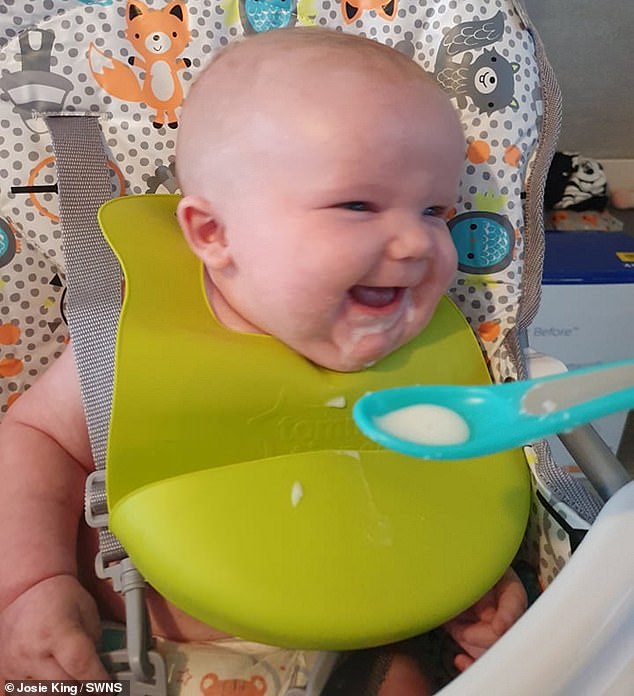 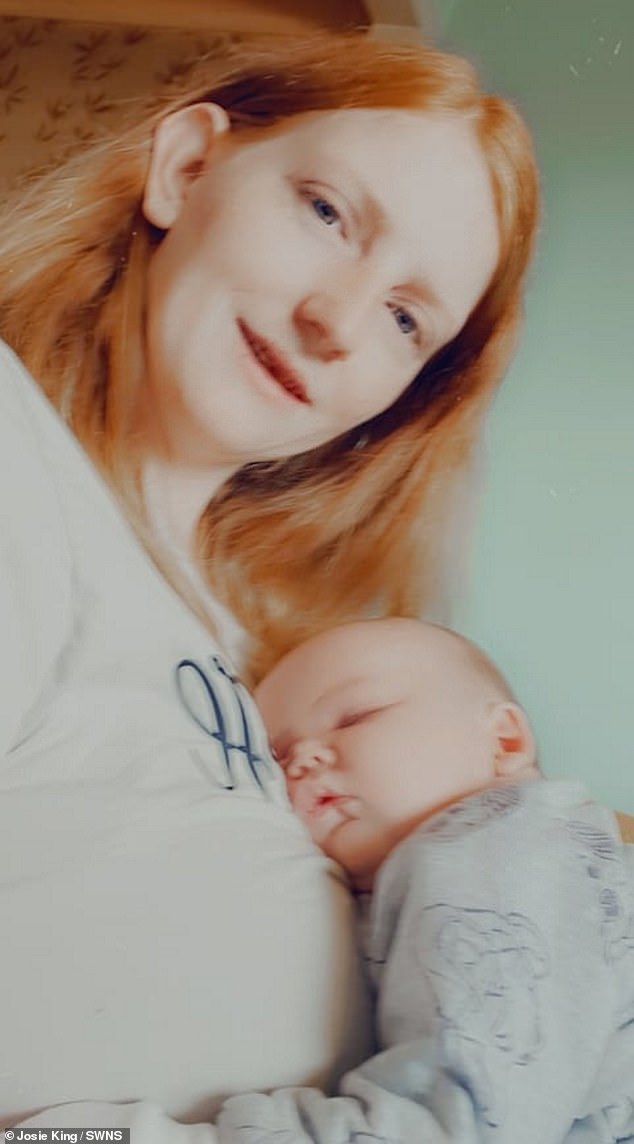 Since speaking on the show, Josie, has received non-stop direct messages from people begging her to rethink her child’s name

‘I never thought I would be given the chance to have a second child.

‘I assumed I was having a girl so I picked a girl’s name because we are a very female-dominated family.

‘I was going to call her Narnia, but then I found out I was having a boy.

‘When I chose his name I knew people wouldn’t like it but it’s not up to them.’

When speaking about why Josie first rung up to talk on Jeremy Vine, she said: ‘I rung up initially on impulse because of the topic.

‘It’s one that is very close to my heart because a lot of my friends have changed their babies names due to pressure from other people.

‘It’s actually quite funny – I rung my mum just before appearing on the show expressing my delight that I had been selected to speak and when asked my children’s names, I really didn’t think Lucifer’s name was that out there – but apparently it really is.

‘On TV, I actually agreed with Jeremy Vine’s statement, “Is it ok to criticise baby names?” because at the end of the day, if you choose something unique someone will always have an opinion on it.

‘But, that doesn’t mean you should change it, people will always have an opinion and you can’t listen to them because it’s not their kid – it’s not their life.

‘No matter what I call my children, someone out there is going to have an issue.

‘I think it’s really bad where a seven-month-old baby gets criticised and bullied because of a name.

‘That is when we need to remember that society is the problem, not our personal choices.

‘A name doesn’t change you being a mother.

‘I had a couple of family members saying ‘”You can’t call him that”, but I said, “I’m not religious so it doesn’t stand for what other people think it stands for”.

Josie claims she has received a huge amount of hateful comments since appearing on TV, as well as non-stop direct messages from people begging her to rethink her child’s name.

But the mum, who’s six-year-old daughter is named, Talayla-May Barbara Elaine Kayleigh Kelsey Jade Kin, is steadfast in her decision.

She said she has also received lots of messages of support from people who also love her son’s name too.

‘I’m so lucky I’m thick-skinned because a lot of these death threats are so horrible and scary’ she said.

‘I have at least 15 people sending me lovely messages in my inbox who also have kids named Lucifer!’.

‘I just want to say thank you to those people that have shared kindness and love with me, and have said what I think ‘It’s just a name!’.’

Opinion has been divided on social media.

One person wrote: ‘Going to bullied all his life. How sad’ and another said ‘Poor lad’.

Another was worried for her son’s future, saying: ‘Let Lucifer try and get a job with his name when he’s older. The mother has already cursed his future.’

However, others were in support of the name with one writing: ‘My son is called Lucifer nothing wrong with his name we love it.

Another also wrote: ‘I think it’s a lovely name.’