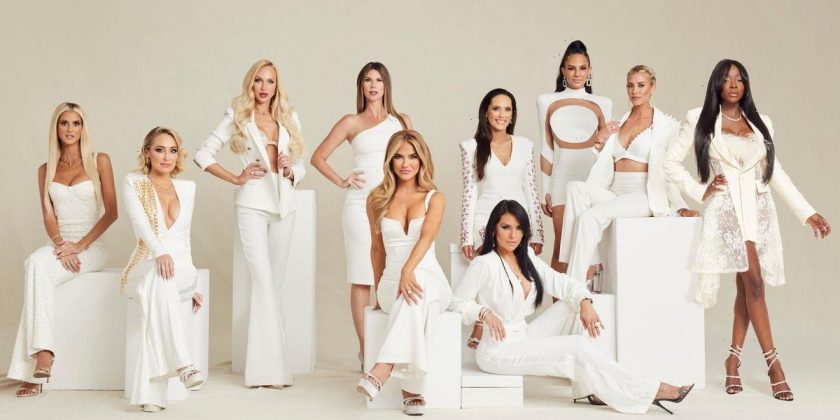 After series five ofSelling Sunset launched on our screens earlier this month, The Oppenheim Group office has been more tense than ever as its agents fight to prove their place as some of California’s best estate agents.

Though they may sell homes of the rich and famous, the Selling Sunset stars live lavish lives themselves thanks to the hefty sums of commission that they make from sales.

But how much do they make and who is the richest? Thankfully, the team atEssential Living have all of our questions answered and have calculated how much each agent could earn from their sales. So, here’s the Selling Sunset rich list…

Given that she’s one of the show’s standout agents with her ability to win over the toughest of clients, it’s perhaps no surprise thatChristine Quinn has taken the crown of earning the most commission.

According to estimates, the 33 year old could make a whopping $1.4million in commission from season five alone. To date, her biggest commission property is a $20million listing which could bag her over $600,000.

Despite only joining the show in season four, Emma Hernan has made a splash in the world of luxury real estate.

Back when she first appeared on our screens, she had an earning potential of around $200,000 after selling DJ Alesso’s house, though this season she could be set to make over $1.6million.

Though she’s recently become Vice President of The Oppenheim Group, Mary Fitzgerald's listings from season one to four saw her take home a hefty $1.8million commission.

Like Emma, she proved she was natural at dealing with A-list elite after she took home $419,000 alone after selling French Montana’s home.

As the fourth most successful Selling Sunset star, Chrishell Stause is believed to have made $1.4million in commission.

Though she may have recently gone through a tough breakup, the 40 year old didn’t let that stop her and had some of the biggest listings in season five when she sold a $10million property.

Throughout the show, Heather Young has netted herself a nice $945,000 in commission.

While $460,770 came from her efforts in seasons one to three, Heather hit the jackpot when she sold a $13million house in season four which left her with a jaw dropping $419,850 commission.

She may be one of the new kids on the block after making her debut last series, butVanessa Villela has made a strong start.

Though viewers didn’t see her secure any commission in season five, in season four she brought in $818,000 from three properties.

Coming in at seventh place, Maya Vander had potential earnings of £240,000 from the latest season.

She’s only just joined the Selling Sunset gang but Chelsea Lazkani has put her ambition and drive to the test.

With five years’ experience in the game, Chelsea has gone from strength-to-strength and made $425,000 commission in season five alone.

After moving her attention to the design and staging side of selling homes, Amanza Smith wasn’t seen to close a commission in season five.

Coming in tenth place is Davina Potratz who hasn’t been so lucky in season five when it comes to securing new and maintaining existing clients.

After boldly taking on a $75 million house way back in 2020, Davina’s still yet to sell the lavish property and her listing has made her the butt of many Selling Sunset jokes.