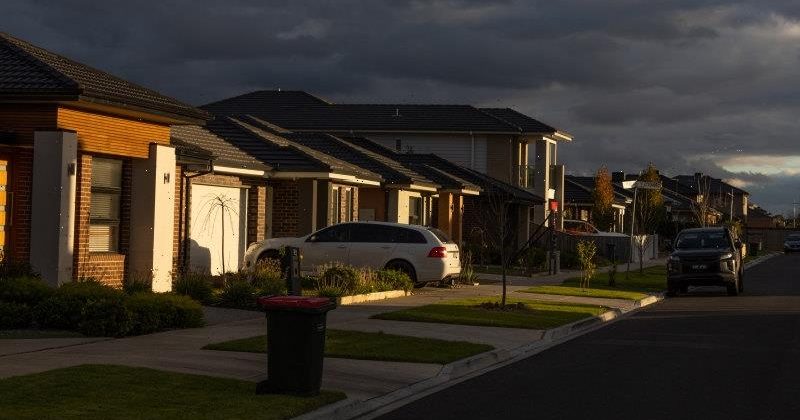 The proportion of Australians who own their home outright has halved over two decades for most age groups while the proportion of people with mortgages in retirement years has tripled.

Data from the Australian Bureau of Statistics shows that outright home ownership has more than halved for 25 to 54-year-olds between 2001 and 2021. At the same time, the number of mortgage holders and renters across all age groups has ballooned. 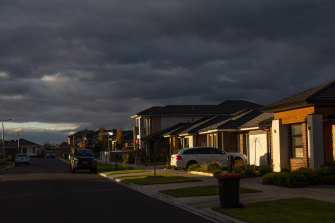 The number of Australians who own their homes outright has plummeted over the last 20 years.Credit:Jason South

Housing and Homelessness Minister Julie Collins said more people have come to her with stories of housing stress in the last 12 months than ever before in her time in parliament.

Collins, who first held the portfolio in the Gillard government in 2013, said Australia’s housing challenges have worsened over the intervening years.

“What’s changed significantly is that far too many Australians don’t have a place to call home,” she said.

“Clearly, housing affordability in Australia has become a really significant issue, which is why we all need to be working together to try and solve it.”

The data, extracted from the 2021 and 2001 censuses by the ABS and analysed by The Sydney Morning Herald and The Age showed that 20 years ago, more than one in five 35 to 44-year-olds owned their home outright. By last year, fewer than one in 10 in that age group could say the same.

In both those age groups, more than half now have mortgages while the number of renters has also swelled.

Domain chief economist and researcher Nicola Powell said a simple reason more people had mortgages now than 20 years ago was that they have grown as house prices have skyrocketed.

“We’re extending ourselves more, we’re taking on bigger mortgages, and taking a longer period of time to pay off,” she said. “What that means is people are going into their retirement years with part of their mortgage still hanging over them as an expense.”

Among 55 to 64-year-olds the proportion of mortgage holders in that age group has more than doubled, rising from 15.5 per cent to 35.9 per cent, and the number of people with a mortgage at retirement age or older has risen from 3.2 per cent to 9.6 per cent.

Chris Martin, a senior research fellow at the City Futures Research Centre at UNSW, said some people are using their housing as security and keeping their mortgages open for other purposes, including buying investment properties.

But a large part of the growth in mortgage holders was because house prices have risen, and Martin said successive government policies have helped drive that boom.

Martin co-authored a recent report that found state and federal governments have spent more than $20 billion in the last decade on housing assistance through first home buyers grants and similar policies.

“The general trend is that it goes into higher house prices,” he said.

RateCity research director Sally Tindall said the shift away from outright ownership has not emerged overnight, but it will continue unless property prices fall.

Higher interest rates are bringing the housing market down, which might help some first home buyers, she said.

“If we see the property prices drop as their forecast to do, you will see that that that hurdle will be lowered. But it’s not going to be smooth sailing for first-time buyers,” she said.

Martin said having a national housing plan with state and federal co-ordination will be vital.

“Having a housing policy with the objective that everyone whether they own or rent, should have affordable, secure housing of a decent standard, that should be the objective,” he said.