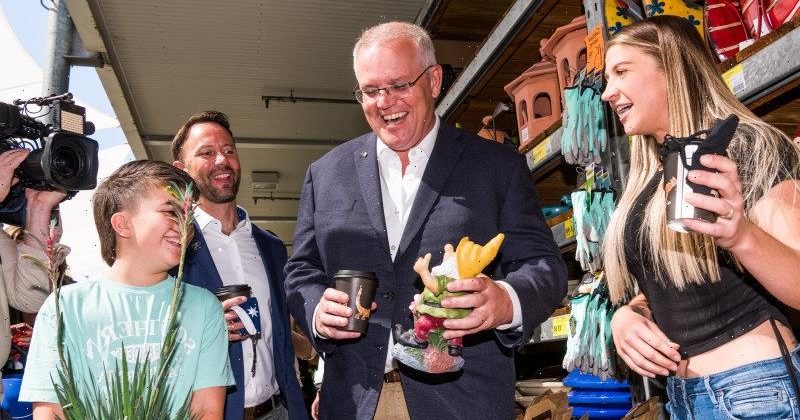 Prime Minister Scott Morrison will attempt to wedge Labor on taxes and support for the mining industry in Western Australia as he tries to win over voters in the resource-rich state in the wake of the COVID-19 pandemic.

Morrison suffered his first major gaffe of the election campaign while on the hustings in Perth on Monday, incorrectly stating the rate of JobSeeker. 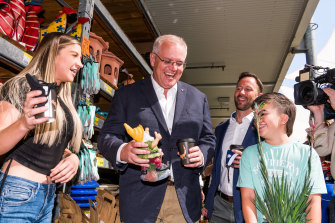 But he will shift the conversation to taxes in a speech to the WA Chamber of Commerce on Tuesday, saying the government knows how to keep a lid on them.

The Coalition is at risk of losing up to three seats in the state, with Western Australians overwhelmingly backing their Labor premier Mark McGowan’s border closures during the pandemic which effectively cut them off from the rest of the country for two years.

The Coalition is expected to use previous comments from Anthony Albanese from as early as 2018 supporting a price on carbon and an emissions trading scheme to argue Labor cannot be trusted to make the same pledge.

Morrison will say that his government never takes the resources sector in WA for granted and that Australia needs to back its traditional strengths “from iron ore and gold to gas and coal”.

He will also promise to continue investing in critical minerals, mining regions and cutting-edge research and technologies.

“The resources sector has been and remains central to our economic plan that has led us through this crisis and setting our opportunities for the future,” Morrison is expected to say.

Geo-politically and economically, Australia have entered a period of renewed tension and turbulence in the wake of Russia’s invasion of Ukraine, Morrison will warn.

“On top of the economic fallout from the global pandemic, we now face the biggest energy and commodity price shock since the oil shock of the early 1970s,” he will say.

Morrison will say that critical shortages in energy have led to widespread increases in prices in recent months. 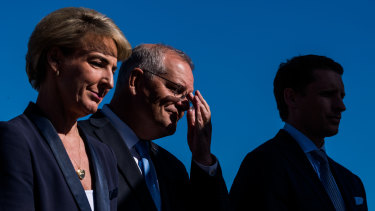 “While the economic consequences of Russia’s war of aggression are still playing out, sanctions applied to Russia are affecting commodity supply chains, and further sanctions are in prospect,” he will say.

“Commodity market dislocation and supply chain stresses have pushed up inflation around the world. Australia is not immune from these pressures.”

Morrison will pledge to “keep investing in mining regions”.

“Australians in our capital cities have long been the beneficiaries of visionary investments to develop the Pilbara, going back more than 50 years,” he will say.

The move to taxes follows Morrison incorrectly saying recipients of JobSeeker were paid $46 a week while answering a question on the cost of living. The correct figure is $46 per day.

Asked hours later whether he knew what the JobSeeker rate was, Morrison said:“$46 a day”.

Questioned how he got the figure wrong earlier, Morrison said he “misspoke”.

Jacqueline Maley cuts through the noise of the federal election campaign with news, views and expert analysis. Sign up to our Australia Votes 2022 newsletter here.