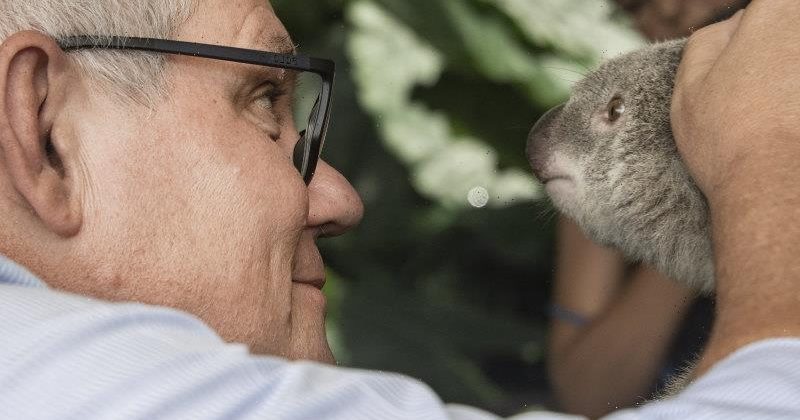 The starter’s gun has not yet fired, but Prime Minister Scott Morrison’s quasi-Queensland campaign continued in the state’s north on Tuesday, with tourism and reef commitments announced in Cairns.

First up was the announcement of a $60 million fund, $15 million of which will go to Tourism Tropical North Queensland, to lure tourists back to regions hardest hit by international border closures.

The other $45 million would go to Tourism Australia, the body at which Mr Morrison served as managing director between 2004 and 2006, when his three-year contract was prematurely terminated after a “bitter falling out” with then-tourism minister Fran Bailey.

“Now there is no part of Australia that has been more dependent on international tourism than here in tropical north Queensland,” the Prime Minister said during a visit to the Cairns Wildlife Dome. 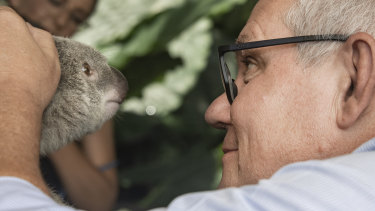 Scott Morrison gets close and personal with a local at a wildlife park while in Cairns to announce a tourism package.Credit:AAP

Queensland Labor MP Jim Chalmers, who would serve as treasurer in a government led by Anthony Albanese, said Mr Morrison had been “wandering around marginal seats, covered in feathers, making all kinds of desperate announcements”.

“If Scott Morrison really cared about tourism, or the NBN, or cost of living pressures, he would have done something about it before now,” he said.

“The only reason we’re seeing this flurry of desperate announcements from the Prime Minister is because we are on the eve of an election.”

There was also an announcement of $63.6 million to pour into the Australian Institute of Marine Science, which has been studying the Great Barrier Reef for 35 years. 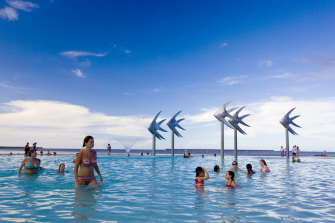 Tourism hotspots such as Cairns have been hankering for the return of international tourists.Credit:Glenn Hunt

“The remediation of Cape Cleveland wharf will mean scientists can access the research vessels directly from the AIMS site, rather than having to board up in Townsville,” Mr Morrison said in a statement.

“It also means that after research trips scientists can seamlessly unload sensitive scientific research samples, including coral, rapidly from the reef to the aquarium complex.”

Gladstone-based Penny Allman-Payne, who hoped to double Queensland’s Greens representation in the Senate, linked the bleaching event back to the Prime Minister’s tourism announcement.

“How about the thousands of tourism jobs we’re losing because of coral bleaching on the reef?” she said.

“The global economy is rapidly moving away from coal and gas, so these new projects will just end up as stranded assets, not to mention locking us into dangerous global warming with more fires, floods and food insecurity.”

Earlier, on Cairns radio, Mr Morrison was pressed on funding the redevelopment of Barlow Park, which has been mooted as a possible venue for Olympic football.

The Prime Minister indicated on Monday the federal government was willing to come to the party with a 50-50 funding arrangement for the Gabba Olympic stadium rebuild, after his government was initially lukewarm to the idea.

“It all depends what decisions are made within the Olympic authority,” Mr Morrison said of Barlow Park. 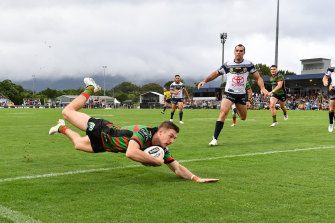 There is a push in Cairns for Barlow Park, pictured here hosting a South Sydney v North Queensland NRL match, to be upgraded to host 2032 Olympics events.Credit:NRL Photos

“I’m not getting ahead of myself there and I’m not looking to overstate where we are on those things, but that’s the channel we’re in at the moment in how we would look at something like that.

“We do understand how important infrastructure is to far north Queensland.”