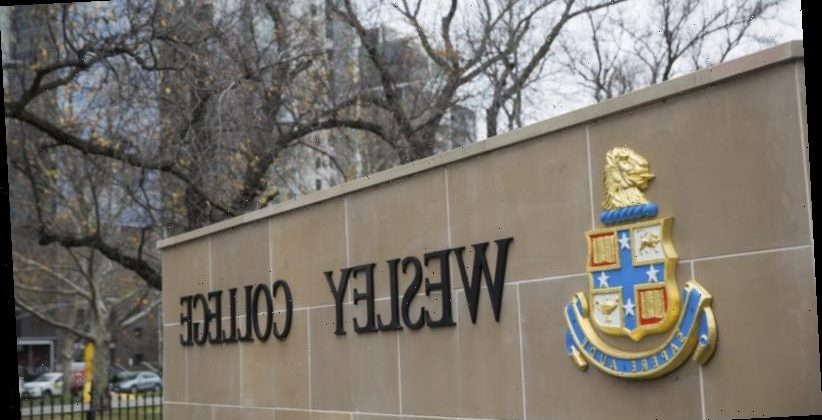 Some of the state’s wealthiest non-government schools are tapping into the JobKeeper subsidy scheme to hang onto staff amid the worsening economic gloom of Victoria’s COVID-19 lockdown.

The Sunday Age can also reveal that a number of university colleges for international students – including Melbourne University’s Trinity College and Monash College – have also qualified for the subsidy, despite the wider university sector's denial of access, costing thousands of tertiary sector jobs.

As Victorian schools navigate a second extended stint of remote learning in 2020, several independent schools including Trinity Grammar, Geelong Grammar, Wesley College, Gippsland Grammar and Bialik College have confirmed that they have qualified for JobKeeper after losing 30 per cent or more of their revenue. 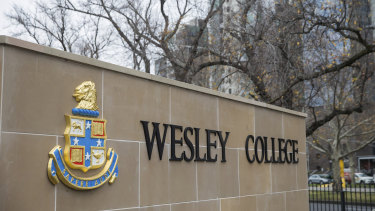 Wesley College is one of a number of non-government schools accessing the JobKeeper subsidy. Credit:Paul Jeffers

None of those schools responded to The Sunday Age’s questions by deadline.

Under JobKeeper’s rules, not-for-profit entities such as private schools are eligible to access the subsidy to help pay their staff if they experience a 30 per cent or greater loss of turnover.

Some non-government schools have reduced or deferred fees for families struggling to pay; others have suffered a revenue hit because high-fee paying boarding students could not stay on campus.

Some schools that did not apply for JobKeeper in term two are expected to apply in term three.

Trinity Grammar in Kew did not apply earlier in the year, but has recently qualified after a number of families were given rebates on school fees. 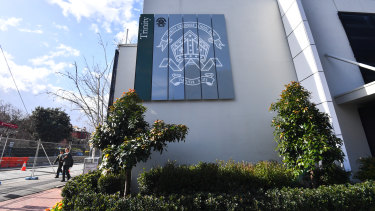 Trinity Grammar did not apply for JobKeeper in term two but is poised to do so in term three.Credit:Joe Armao

The Sunday Age understands the final decision on whether the college will apply will be made by its council on Thursday.

Wesley College, which charges $34,610 in senior years, cut its fees by 25 per cent in term two, and recently committed to not raising its fees in 2021, but said it would not continue to offer fee rebates.

Wesley College principal Nick Evans said JobKeeper had saved hundreds of positions at the school, after more than 400 families expressed financial hardship and its boarding programs on campus, at Clunes and in Yiramalay, WA, were suspended.

“The harsh reality was that up to 200 staff members would have lost their employment in 2020 if not for the JobKeeper program,” Mr Evans said.

Geelong Grammar, the state’s most expensive school, which charges combined tuition and boarding fees of up to $72,660 for domestic students and $83,540 for overseas students, has also qualified.

Geelong Grammar principal Rebecca Cody said 78 per cent of its students were boarders, and it was unable to charge them term two boarding fees. It also reduced tuition fees by up to 25 per cent.

“As Australia’s largest coeducational boarding school, with a student composition representing every state and territory, as well as 16 overseas countries, we have been acutely impacted by the inability to provide residential learning to our students,” Ms Cody said. 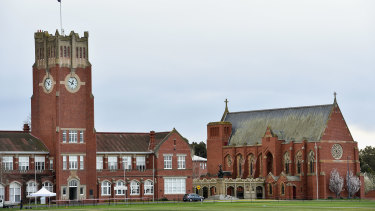 Seventy-eight per cent of students at Geelong Grammar are boarders.Credit:Vince Caligiuri

Adam Alexander is a tax partner at Grant Thornton, which has assisted a number of schools with their JobKeeper applications.

He said many schools would rather take the short-term revenue hit of cutting fees for struggling families because the alternative was losing students to another, lower-fee or government school.

"What you’ve got to remember is that the JobKeeper is not a freebie, in the sense that you’ve actually got to spend the money to get the money, so it’s not going to fill the gap of not getting student fees," Mr Alexander said.

"It’s worth noting that the schools most likely to experience a significant drop in income tend to be high-fee institutions which generally have solid financial buffers, which should allow them to weather this storm while doing the right thing by their staff," Ms James said.

Michelle Green, chief executive of Independent Schools Victoria, said the JobKeeper payments must be paid to teachers and support staff.

“This scheme aims to protect jobs at a time of extraordinary financial stress,” she said. “Independent schools that rely on fees paid by parents are not immune to this stress.”

Some schools have battled on without accessing JobKeeper payments, despite losing income.

Newhaven College in Phillip Island said it did not proceed with a JobKeeper application despite cutting term two fees by as much as 50 per cent.

By dumping some projects that were budgeted for 2020, and factoring in cost savings of events that would not run and products not required, it was able to cut term two fees by up to 50 per cent.

"All our staff were also retained on their current salaries, with some staff donating their scheduled salary increase to the scholarship fund. Along with some generous benefactors, a number of parents donated their discount back to the school to support those in greater need," Newhaven College said.