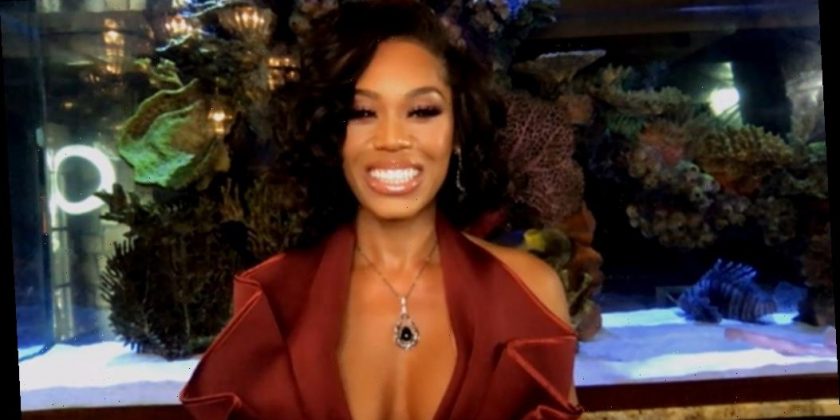 Sunday was a bitter night for Monique Samuels fans. Although the now-former The Real Housewives of Potomac star announced she would not be returning to the show following the third and final part of the season 5 reunion, she dropped the music video for her single, “Drag Queens.”

What Monique Samuels said about her song ‘Drag Queens’

As we have seen on The Real Housewives of Potomac, Samuels is a performer and was actually headed to the music industry as a rapper, leaving college to do so.

Back in August, she spoke to Entertainment Tonight about coming up with the song when she first released the single. “When I came up with the title of the song, ‘Drag Queens,’ knowing that my following is Housewives fans, I knew that they would hear the title and automatically be drawn into the song,” she said.

Though reports of the altercation between Samuels and Dillard Bassett had leaked to the media at this point, it didn’t air on television for the first time until many weeks later. The first point of reference for the song, rather, was when Dillard Bassett asked Samuels to “drag” her in season 4.

She explained, “When you hear the title, it automatically brings you back to season 4: ‘I’ll drag you pregnant and all!’That was a big deal, everyone talked about it, everyone with the whole, ‘Drag me, Monique!’ You know, it was such a big deal. So, I made that title in order to pull people in. When you listen to the verses, it’s me talking about what I believe. What my morals are. What I believe I stand up for, and then I throw little digs at a person or two.”

The inspiration behind ‘Drag Queens’

As she said during the third and final part for the reunion, the song is not primarily about her almost-altercation and eventual altercation with Dillard Bassett, but rather a culmination of life experiences that she’s been through.

“That is pretty much what it was: A culmination of my time [on the show], what I believe, why I do the things I do, what I stand up for, and I said, ‘This is gonna be an anthem, if not for everyone else, it will be for me!’” she said. And if there are any playful references to her co-stars, she added, “gotta have a little fun shade, gotta have a little fun!”

The Samuels-less sixth season of The Real Housewives of Potomac is expected to begin filming at the top of 201 and will premiere later in the year.