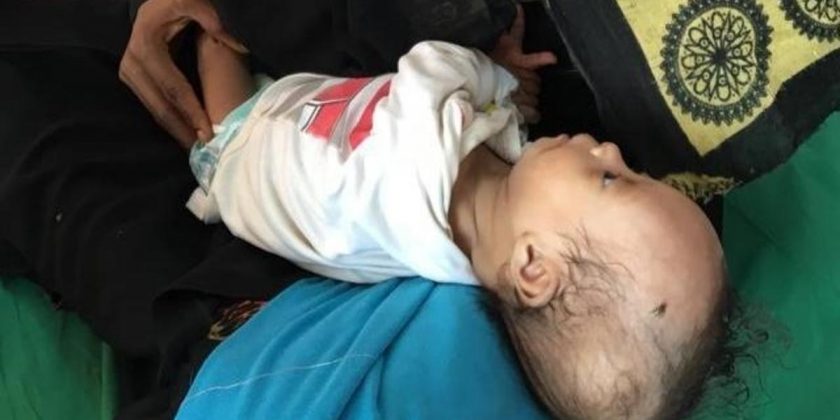 Esma has been in the al-Sadaqa hospital in the Yemeni port city of Aden for almost a week, feeding on a vitamin and calorie-rich formula and gradually gaining weight. In fact, she now has enough strength in her tiny fist to grip CBS News’ Elizabeth Palmer‘s finger and hang on.

Taleb said she and her family lived in Taiz, a small city that came under siege as Yemen’s three-year-old civil war rages on. Her husband joined a local militia and was killed. Taleb was left alone with the baby and no income.

Esma was born prematurely and was not breastfed. Taleb had so little formula that she kept making it more and more diluted — until it was clear Esma was in trouble.

Taleb and Esma were able to escape from the fighting in Taiz and reach Aden. 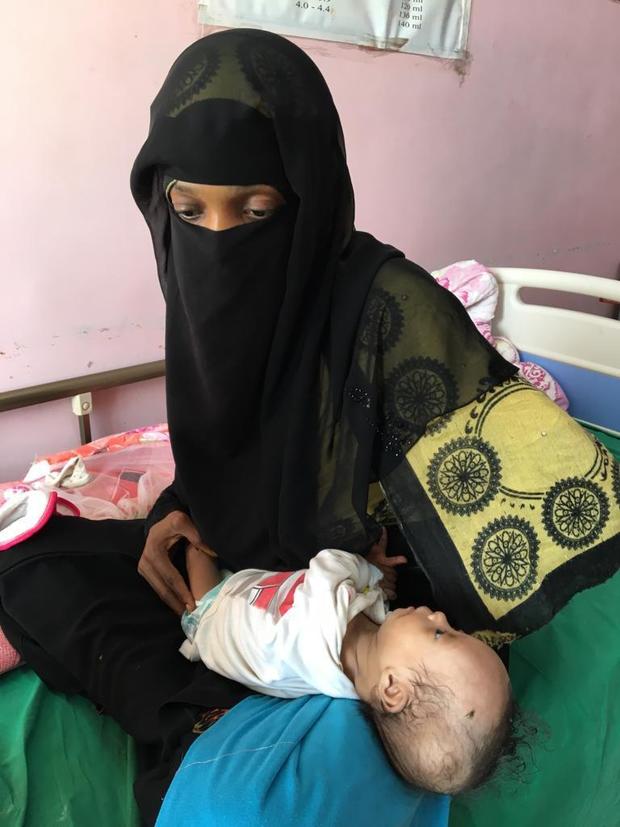 The U.N. warned Friday the world’s worst humanitarian crisis is getting worse. Because of the civil war, more than 20 million in Yemen face starvation.

“We are horrified that 85,000 children in Yemen may have died because of extreme hunger since the war began,” said Tamer Kirolos, country director in Yemen for the non-profit aid organization Save the Children. “For every child killed by bombs and bullets, dozens are starving to death and it’s entirely preventable.”

“Right now in Yemen, there are 400,000 children under the age of 5 who are severely malnourished. They could die any day,” Juliette Touma, the chief of communication for UNICEF in the Middle East and North Africa told CBS News.

Representatives from Yemen’s warring sides gathered Thursday at a castle in the Swedish town of Rimbo, north of Stockholm, for U.N.-sponsored peace talks aimed at halting the war.

Both the internationally-recognized government, backed by a U.S.-sponsored and Saudi-led coalition, and the Iran-aligned Houthi rebels say they are striving for peace.

Officials have sought to downplay expectations, but they are hoping for at least minor steps that would help to ease Yemen’s worsening humanitarian crisis.

The nation’s civil war has claimed at least 10,000 lives, and generated the world’s worst humanitarian crisis