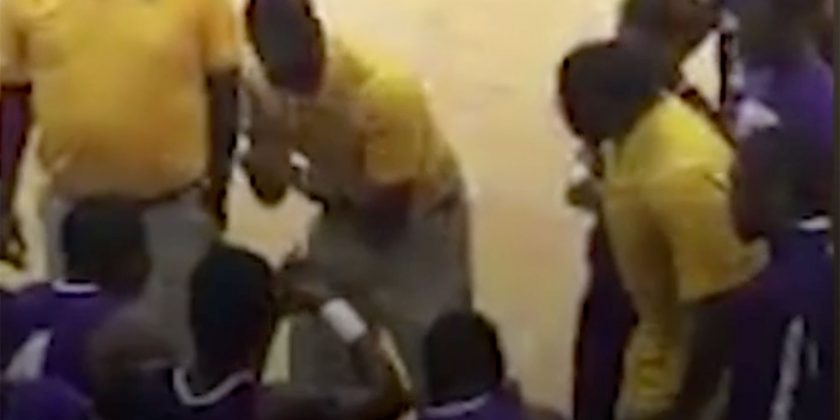 Video footage of a Mississippi basketball coach using American Sign Language to communicate with players has captured the Internet’s attention, leading many to praise the dedicated coach.

The game was heated on Nov. 8 as the Bulldogs, of the Mississippi School for the Deaf, took on Jackson Preparatory School, according to WAPT. So, during a break in the game, Coach Sekoe White passionately signed to the team, in a display captured on video.

“This coach was remarkable,” Kenny Griffi tweeted alongside the video. “Just before this the coach had a conversation with his best player that was the best coaching communication I’d ever seen. Thanks coach. These boys are lucky to have you.”

White told WAPT that he was encouraging the players, telling them that although they were playing at Jackson Preparatory School, it was their “house.”

He echoed his statements in an interview with Good Morning America.

“Being deaf or visually impaired is no excuse not to succeed,” White told GMA. “We can do anything in this life but it requires extra hard work! Basketball is one area where success can happen. Teaching this mindset is the reason I choose to coach these boys.

Wendy Rogers, superintendent of Mississippi Schools for the Blind and the Deaf, praised White in a statement to GMA, saying that white “instills sportsmanship and pride in players.”

“Coach Sekoe White is truly an example of a coach whose passion is to encourage and motivate his players, and he is a role model for each of them,” Rogers said.

The team lost the game 49-40, according to KTRK. Still, the team and Coach White have a reason to smile.

“We are grateful to Coach White for the passion, commitment and dedication he shows to his team and to all students,” school officials wrote in a Facebook post on Thursday. “It’s a GREAT day to be a BULLDOG!”