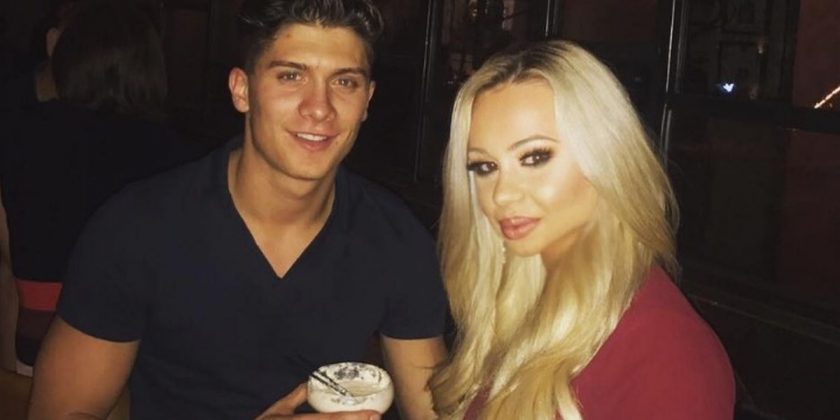 The girlfriend of missing man Luke Jobson says she is living an ‘absolute nightmare’ as the search for him enters its third day.

Dani Ord has urged anyone with information about Luke to come forward straight away.

The 22-year-old from Thornaby, North Yorkshire, failed to come home after a night out in Yarm and police are probing reports he was seen ‘running away from a gang outside a pub’.

Dozens of people turned up this morning to comb the surrounding area despite advice from Cleveland Police not to do so.

Dani, from Newcastle-upon-Tyne, wrote on Facebook: "Currently living in an absolute nightmare, wherever you are Luke Jobson I hope you are safe".

On Twitter she said: "Heartbroken doesn’t come close to how any of us feel right now.

"The fact people know and aren’t coming forward is so painful."

On her Instagram she wrote: "come home luke everyone is waiting for you" and on a story she wrote she was ‘absolutely desperate’.

This morning Cleveland Police said two teenage males, aged 16 and 18, had contacted the force and are due to be interviewed by officers today.

"He was seen to have jumped over the wall of Yarm School and that was the last sighting of him."

She said the family "think Luke is still out there and if he is hurt we just need to keep searching".

Police are continuing to search the Yarm area today for any trace of the popular young man, who is training to be an engineer.

A statement from the force on Facebook said: "Two men age 16 and 18 have come forward in relation to this missing person inquiry and they will be interviewed in due course.

"Police continue to search for Luke in and around Yarm and are following a number of lines of inquiry including house to house inquiries, checking local CCTV systems and asking domestic users to check theirs in case anything which could help has been captured.

"We are aware of commentary, various rumours and speculation on social media but at this stage our priority is to find Luke and reunite him with his family.

"We appreciate this is a very worrying and distressing time for Luke’s family and friends and we completely understand they want to do all they can to find Luke, we would however ask for everyone’s co-operation and understanding while professionally trained officers continue to carry out safe, effective searches rather than potentially putting themselves in danger in publicly organised searches."

Luke’s aunt said on Monday morning: "We’re so grateful for everyone getting in touch.

"If they’ve got anything at all…go with that information to the police directly."

Concerns were raised when Mr Jobson failed to return home following the night out in the town.

He was outside The Keys on Yarm High Street before going up towards Osbourne’s.

He was last seen near to Yarm School at around 2.15am. He was wearing black jeans and a grey polo top.

Mr Jobson’s family appealed for help in tracing him over the weekend and an appeal on Facebook has been shared more than 59,000 times.