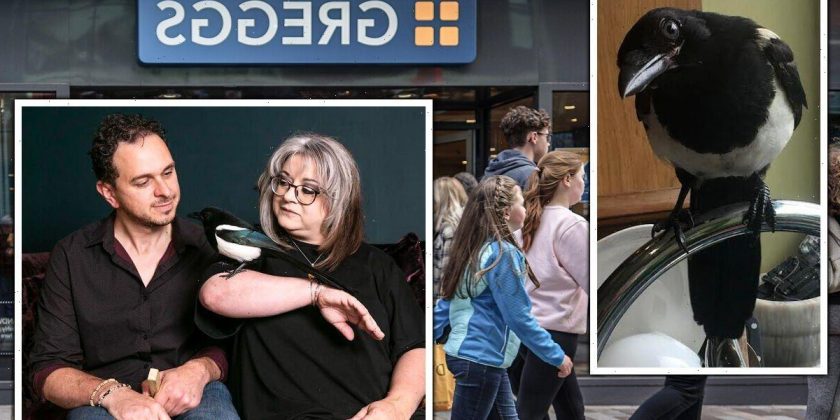 Mike shot to fame in 2018 after a video of him squawking Merry Christmas went viral and he stuck up an unlikely bond with his owner’s pet whippet. But fed up Janine MacLean, 53, from Sabden in the Ribble Valley, Lancashire, has revealed the magpie has spent the last three years in an aviary after his unruly behaviour got out of hand.

Janine took the step after Mike went missing only to turn up at a Greggs in Accrington.

She said: “He was free free to fly around and would usually turn up in the evening but he’d been missing for two days.

“He eventually turned up in a Greggs and he obviously caused mayhem there.

“He was flying around and jumping on the counter, talking to people. People just thought that a magpie had gone mad. 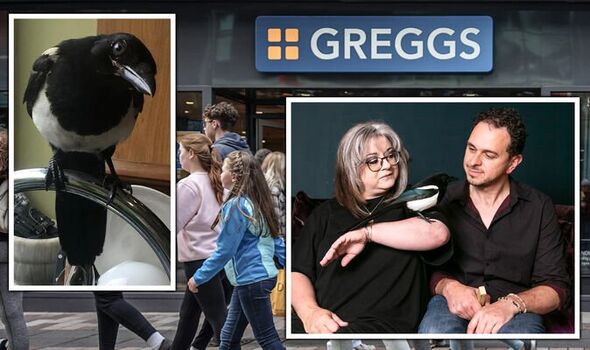 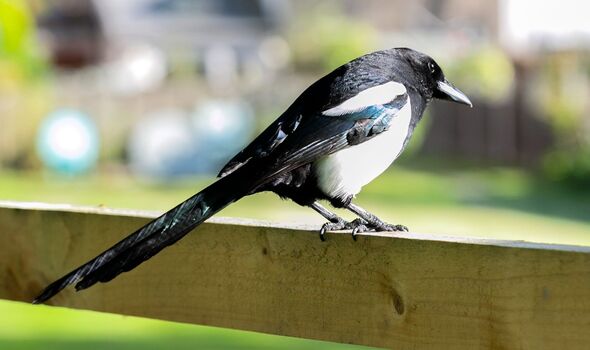 “I’m not sure why he went there. He must have heard about their steak bakes or their sausage rolls.”

Janine’s partner, Steve Rostron, came across the “distressed” magpie when he was four-months-old while out walking with his whippet Boo Radley.

After he nursed him back to health, Mike and Boo became inseparable – sharing food, going on walks and snuggling up together on the sofa in the evenings.

Mike even learned how to say words by listening to Classic FM. 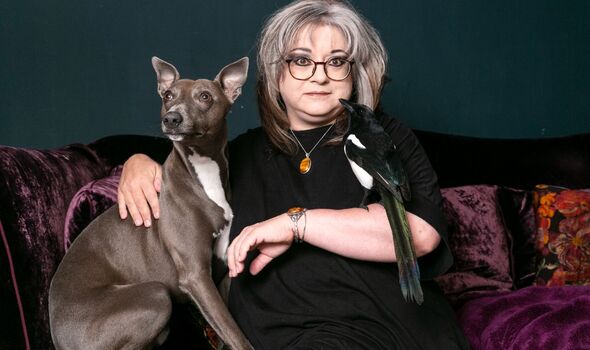 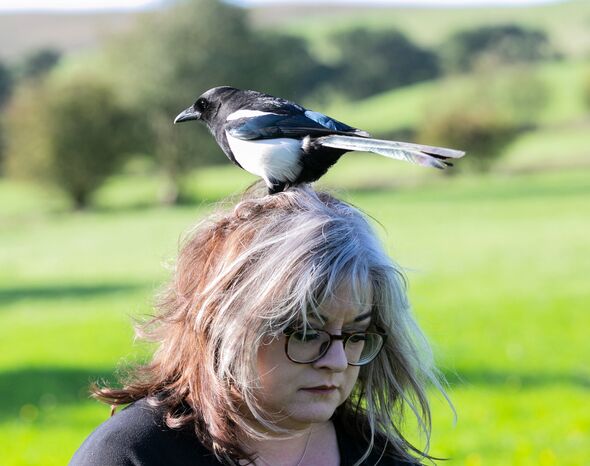 Janice said Mike had started to “terrorise” people in pubs and schools after reaching the age of one.

She said: “He used to go out to the local pub and sit on people’s pints and drink their beers.

“Neighbours also came home and found him sitting on the bed – and he harassed an old lady up the street.” 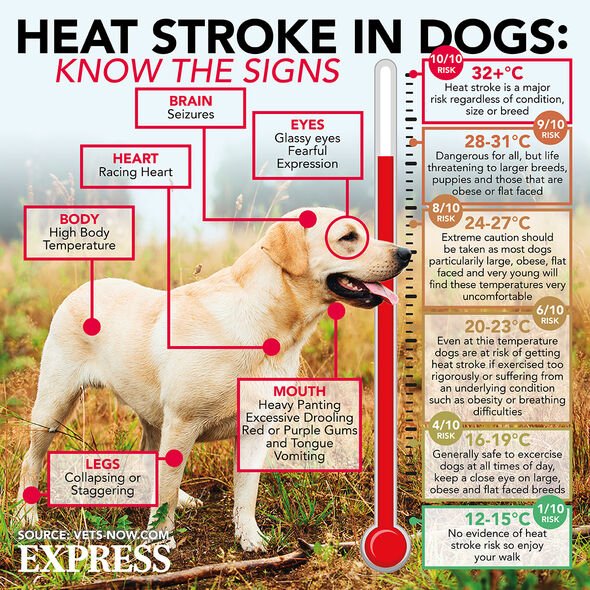 Mike’s troublemaking came to a climax when he flew five miles away to Accrington and began hoping around the Greggs store.

Janice said he was only rescued when an animal lover noticed him and managed to get him back to her home.

She continued: “One woman managed to get him to follow her home. She had some crumbs from one of the kid’s lunches and he followed her.

“She’s gone home, and then heard about him on Radio Lancashire and while she’s there she’s called me and put the speaker phone on. 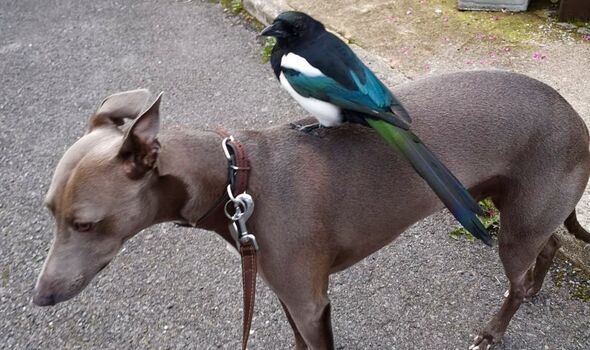 “He could say his name, so I knew it was Mike and then I went to pick him up.
“That was quite a few miles away, probably four or five. I’m not sure why he went there.”

Janine said a farmer from the area has now installed a £500 aviary, which opens into the kitchen of her four-bedroom home.

But bizarrely, the loquacious corvid has started to attack her partner, Steve.

She said: “He launches himself at him if he comes into the kitchen when he’s there.

“He tries to pull his ear off. I think he sees it as his territory, and I feel like the age he is, he’s learned to mark it. But I’m not a bird psychologist.”

Janine added that when Mike is outside the aviary, he talks to Steve.

She said: “The aviary is about two and a half metres squared. He can fly around in there, so it’s not a cage.”

Steve said: “He now comes at me, he’s a right vicious swine. Although he is quite sweet.”