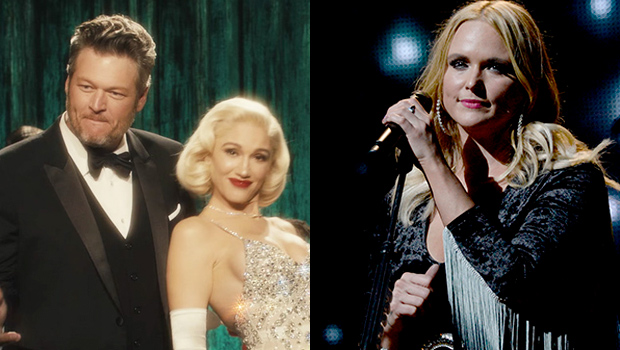 Don’t expect to find Miranda Lambert jamming out to Blake Shelton and Gwen Stefani’s Christmas song this holiday season, as a source reveals, she refuses to watch their new video!

“Miranda [Lambert] refuses to watch Blake [Shelton] and Gwen [Stefani]’s new Christmas video,” a source close to Miranda tells HollywoodLife EXCLUSIVELY. “Miranda is not a big fan of Gwen’s music at all and while she used to love to hear Blake sing, she doesn’t really listen to him anymore — she’s over it. Miranda did her own holiday song with Blake already, she has no reason to be jealous and she insists she isn’t. Still, she really doesn’t need to be reminded of them over the holidays, she’d rather not see them or think of them. And can you really blame her?”

Blake, 42, and Gwen, 49, released a new video for their holiday song, “You Make It Feel Like Christmas”, on Nov. 20, and it shows the couple cozying up to each other as they get into the holiday spirit. So we can certainly understand why Miranda, who was married to Blake from 2011 to 2015, wouldn’t want to watch her ex flaunting his new relationship yet again. Especially because she’s already been “missing” him.

After Blake and Gwen packed on PDA at the People’s Choice Awards, we EXCLUSIVELY learned Miranda, 35, was feeling “envious” of their date night. “Despite everything Miranda and Blake have been through, she was a little bit jealous seeing Gwen at an awards show with Blake,” our insider said. “Seeing Gwen and Blake look so good, happy and in love made Miranda feel emotional in a way she hasn’t felt in a long time. She felt like she missed Blake and was flooded with regret. Miranda was also a bit envious of Gwen, whom she thought looked amazing. She felt like that easily could still be her up there, happy and in love with Blake.”

Watching their new holiday video would just be more torture for Miranda. So Blake and Gwen can get in the holiday spirit as much as they want, but Miranda won’t be watching from afar.