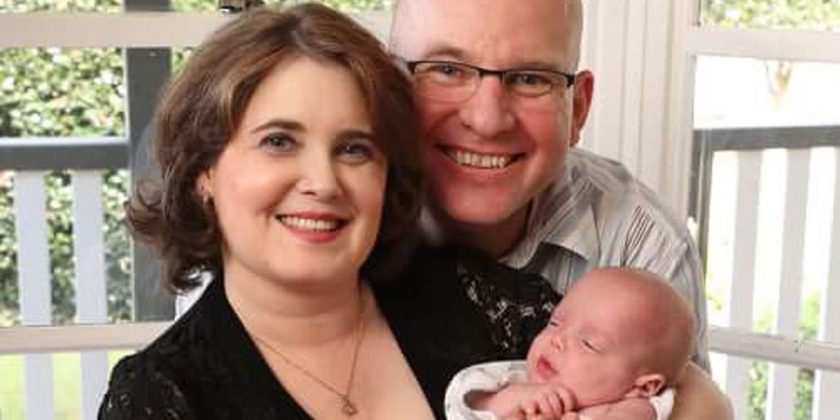 Living heart donor Lucinda Simpson is believed to be the only woman to have received, given and created the gift of life.

Having been told she would never have a baby, the 38-year-old became the first woman to give birth after having a triple heart, lung and liver transplant.

It is not the only record under her belt. In 2005, Lucinda also became one of just four successful living heart donors.

All of them had “domino” transplants, where their hearts were gifted to others while they were receiving donor organs.

Doctors believe Lucinda, mum to nine-month-old Angus, is a one-off.

She says: “When Angus was born last April, he became the only baby in the world to be born to a woman after a heart, lung and liver transplant.”

Yet Lucinda is well aware of the thousands who are not so fortunate.

She hopes the Mirror’s Change the Law for Life campaign for an opt-out organ donor system inspires the rest of the world. “Without my donor, none of this would have been possible, which is why I’m backing the Mirror campaign to introduce the opt-out system,” she says.

“Sadly, so many lives are lost due to long waiting times for transplant surgery in the UK.”

Lucinda, from Queensland, Australia, was born with cystic fibrosis, which damages the lungs and digestive system, and always knew she would one day need a lung transplant.

“If you think of lungs as the size of a two-litre milk container, I was breathing 30ml instead of 2,000ml,” she says.

“I had to stop ­working, which I hated as my brain was fine. It was just that I couldn’t keep up. I couldn’t vacuum, make the bed or even do the dishes.”

Lucinda’s condition got so bad due to all her heavy medication that, by her early 20s, her liver had deteriorated.

Doctors opted to replace her heart as well as her lungs and liver. She says: “My heart worked perfectly fine, but the doctors explained it would be easier to replace all three organs in one go.

“It was easier to do the surgery like a car engine: put the heart, lungs and liver in as a block. You just lift one lot out and put the other lot in, so there are fewer connections.”

Before the surgery Lucinda started dating her future husband, Damon. She says: “Other blokes I’d dated were like, ‘She’s just too high maintenance, I don’t want to deal with that’.

“We’d only been seeing each other for a few weeks when I told him all about my condition and what was in store.

“But he said, ‘Even if you had no arms or legs and you were just a head, I’d buy you awesome hats for Christmas’. I knew then he was a keeper.

“I hadn’t even made it to the operating table yet, but I’d already given my heart away, to Damon.” Ten months later, on her 24th birthday, Damon proposed.

The pair asked Lucinda’s pre-transplant team if she would ever be able to carry a baby. She says: “We were told it was unlikely I’d survive long enough to have a family.”

Then in June 2005, four months before their wedding, the couple got a call as they were having dinner.

Lucinda says: “I was told I was gett­ing my transplant that night. Damon told me he loved me, then I was wheeled into the operating room while he waited with my parents, Kaylene and Jim.”

A recipient was found for Lucinda’s healthy heart. “It was incredible, but it was bittersweet.

“To give me a chance, someone had lost their life,” she says.

Having been in and out of hospital all her life, Lucinda was not fazed as she waited to be put to sleep. “I was looking around fascinated at all the surgical instruments asking, ‘What does that do?’

“They’re like, ‘That’s going to separate your rib cage. This machine will be your heart and lungs for you as we operate’. I thought that was so cool.

“I even asked to keep my old organs in a jar, but they suggested I donate them to medical science, which sounded like a much better idea.”

The 12-hour operation was a success and Lucinda was able to go ahead with her wedding, exactly two years to the day she first met Damon.

Five years later, she told her doctor of her hopes of getting pregnant.

“By then, he thought carrying a baby wouldn’t be a risk to my life. But it wasn’t as easy as just trying to fall pregnant,” Lucinda says. Her daily cocktail of medicine had to be carefully assessed to make sure it would not cause birth defects or miscarriage.

Then, Lucinda’s heart, lung and liver function had to be rigorously tested.

Getting ready to have a baby took years. “Pregnancy was not something we were rushing into,” she says. “We were not being irresponsible.”

As the years passed, and she failed to conceive, Lucinda began to lose hope. Then, after their 12th wedding anniversary in 2017, a routine blood test revealed she was pregnant.

“We were both so surprised, Damon and I burst into happy tears,” Lucinda says. “The day before the 20-week scan, on Valentine’s Day, I felt our baby kick for the first time.” Angus was delivered 12 weeks early by emergency caesarean on April 18 last year, 13 years after the transplant.

“We’d been warned that, being a transplant mum, I was unlikely to go to full term. But giving birth at six months was way earlier than we expected,” Lucinda says.

At just 1lb 8oz, Angus was whisked to the neonatal intensive care unit. Lucinda says: “I wasn’t allowed to see Angus for 24 hours. Even after that, I could only place my hands on him.

“I just cried. I was so happy to have him, but I didn’t want him to be in a little glass box. I finally got to cuddle him when he was 11 days old.”

The couple were allowed to take Angus home after nearly three months, when he had reached 5.7lbs. He is happy and healthy.

Lucinda adds: “I tease Damon, saying, ‘Do you want to do it again?’ He just replies, ‘I think we’ve been blessed with one’.”