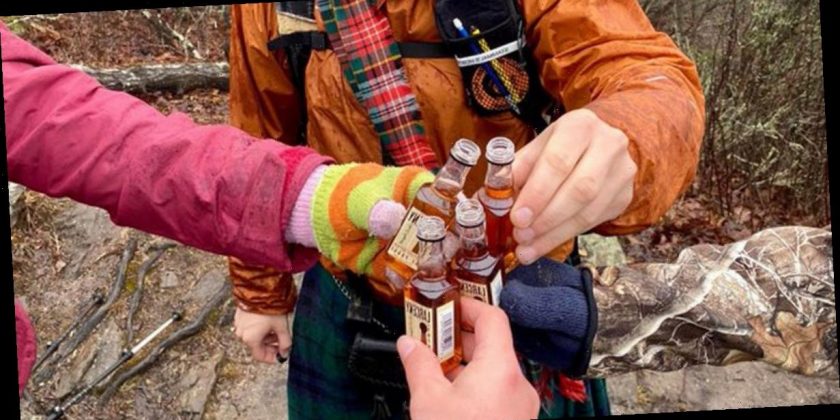 A photo showing a group of friends toasting to good times has just gone viral on social media.

While it looks as though it's a normal picture of some pals, once you look closely it'll really baffle your mind.

The optical illusion shows four bottles of whiskey, but only three hands seem to be visible in the shot.

As there are four drinks going in for the toast, there has to be a fourth person in the image.

The picture was first shared on Reddit, with a social media user writing: "My brain refuses to believe there are four people in this photo."

So can you see where the other friend is?

Another added: "Me looking at this photo asking myself if I'm blind or if there's something more going on here."

A third admitted: "Damn that was hard to identify," while a fourth commented: "Nope can't see it."

If you're still struggling to spot the fourth person, we'll give you a clue.

Where the bottle is reaching out for a toast, you can find the person wearing a camouflage jacket.

Some Twitter fans spotted the other friend almost instantly.

One social media user said: "Literally the only time I've seen camo work as intended," while others agreed about the same thing.

In other brainteasers, an optical illusion showing multiple colours has gone viral.

The mind-boggling image shows a series of colours with a few shades of pink and red.

The person who shared the head-scratching photo claims to only see three.

While one Twitter fan admitted: "14," and another replied: "I upped my contrast and there are clearly only 11, how are you seeing 14?"