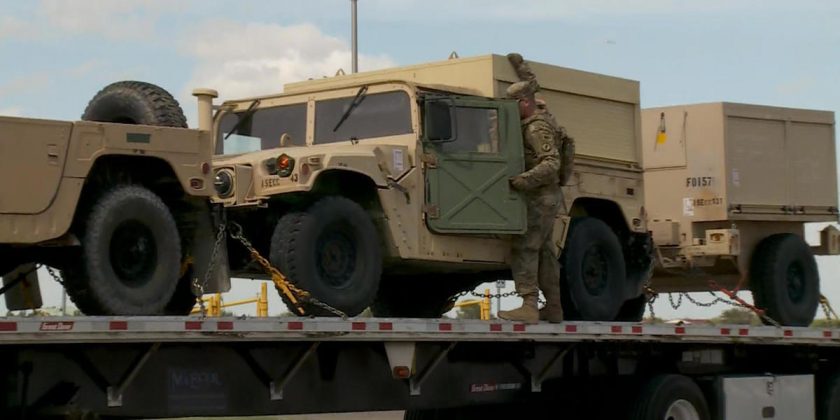 DONNA, Texas — The Pentagon said Monday more than 5,100 U.S. troops are now stationed across the border with Mexico. Their mission is to keep caravans of Central Americans out.

CBS News’ Mireya Villarreal saw the steady stream of military vehicles in one south Texas border town. Where a week ago there was an empty field, there’s now at least 300 troops. The soldiers are there as back up for Customs and Border Patrol agents.

Army specialists said their first big task is to help reinforce the ports of entry with new barbed wire fencing. They said they won’t be going out on patrol.

President Trump sent the troops to the border as part of Operation Faithful Patriot. Mr. Trump has blasted illegal immigration in the past, and called for the importance of border security. But the caravan has become a frequent topic at his rallies leading up to the midterm elections, and the president has also threatened to cut off aid to some Central American countries for failing to stop the migrants.

The bulk of that caravan is at a stadium near Mexico City, more than 650 miles away. There are reports that this deployment could cost upwards of $200 million.

Some people living in the area are calling the move a midterm election stunt. But border patrol and local law enforcement say this is a dangerous area exploited by smugglers, so they welcome the help.