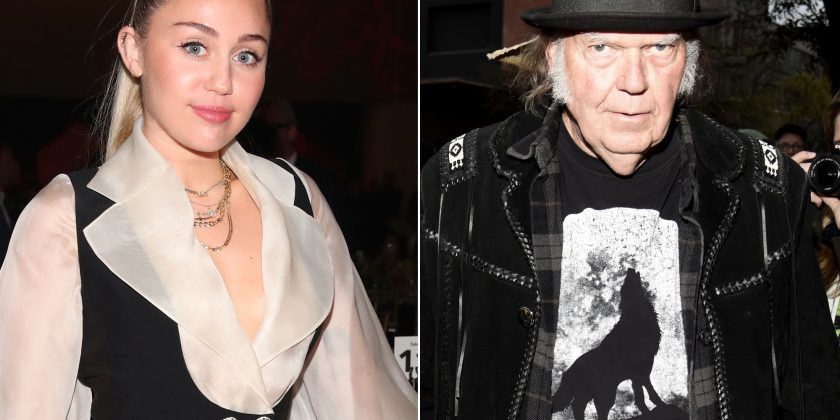 California wildfires continued to blaze on Monday as people spoke out about the devastating damage.

As of Sunday evening, at least 31 people — 29 in Northern California and two in Southern California — are dead and at least 228 people are missing as three fires rage across the state, the Associated Press reported.

More than 8,000 firefighters are working to extinguish the fires, and about 150,000 people were urged to evacuate. In Southern California, at least 180 structures were leveled by fire.

Miley Cyrus revealed on Twitter that she is among the Californians who have lost homes.

“Completely devestated [sic] by the fires affecting my community. I am one of the lucky ones. My animals and LOVE OF MY LIFE made it out safely & that’s all that matters right now. My house no longer stands but the memories shared with family & friends stand strong,” wrote the musician, 25.

“I am grateful for all I have left,” Cyrus, who paid tribute to the California outdoors in her song “Malibu,” continued. “Sending so much love and gratitude to the firefighters and LA country Sheriff’s department!”

Cyrus linked to organizations that would benefit from donations and signed her post, “I love you more than ever.”

Neil Young, who recently married Daryl Hannah, announced that he has lost his home and criticized President Donald Trump‘s response to the fires on his website, Neil Young Archives.

“California is a paradise for us all. A gift. We are sad to not be able to defend it against Mother Nature’s wrath. We love California. We are not ill-prepared. We are up against something bigger than we have ever seen,” he wrote. “Firefighters have never seen anything like this in their lives. I have heard that said countless times in the past two days, and I have lost my home before to a California fire, now another.”

RELATED VIDEO: Peyton List on Fellow Disney Channel Star Miley Cyrus: I Admire Her For Not Changing Who She Is

He pushed back against Trump’s controversial tweet that criticized California’s forest management. “There is no reason for these massive, deadly and costly forest fires in California except that forest management is so poor,” Trump tweeted on Saturday. “Billions of dollars are given each year, with so many lives lost, all because of gross mismanagement of the forests. Remedy now, or no more Fed payments!”

“California is vulnerable — not because of poor forest management as DT (our so-called president) would have us think,” Young argued. “As a matter of fact this is not a forest fire that rages on as I write this. We are vulnerable because of Climate Change; the extreme weather events and our extended drought is part of it.”

“Our temperatures are higher than ever here in our hottest summer on record. That has not helped. DT seems to be the Denier. (I’m holding back and not using the word liar just because it rhymes with denier). It really is time for a reckoning with this unfit leader. Maybe our new Congress can help. I sure hope so,” Young added.

He concluded by declaring that “there is no downside” to addressing climate change and asking his fans to “imagine a fit” president.

Celebrities and firefighters alike expressed their opposition to Trump’s analysis of the situation. Leonardo DiCaprio, Zach Braff, Katy Perry, Judd Apatow and Alyssa Milano were some of the famous names critiquing the tweet.

“Honestly thought this one was from a parody account. The city is on fire and people and animals are dying,” Braff tweeted.

Brian Rice, president of California Professional Firefighters, issued a statement refuting Trump’s words. “The president’s message attacking California and threatening to withhold aid to the victims of the cataclysmic fires is Ill-informed, ill-timed and demeaning to those who are suffering as well as the men and women on the front lines,” Rice said.

“At a time when our every effort should be focused on vanquishing the destructive fires and helping the victims, the president has chosen instead to issue an uninformed political threat aimed squarely at the innocent victims of these cataclysmic fires,” he continued.

“The president’s assertion that California’s forest management policies are to blame for catastrophic wildfire is dangerously wrong. Wildfires are sparked and spread not only in forested areas but in populated areas and open fields fueled by parched vegetation, high winds, low humidity and geography,” he explained. “Moreover, nearly 60 percent of California forests are under federal management, and another one-third under private control. It is the federal government that has chosen to divert resources away from forest management, not California.”