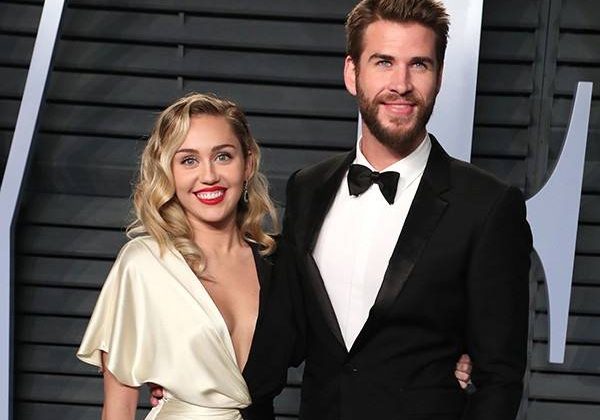 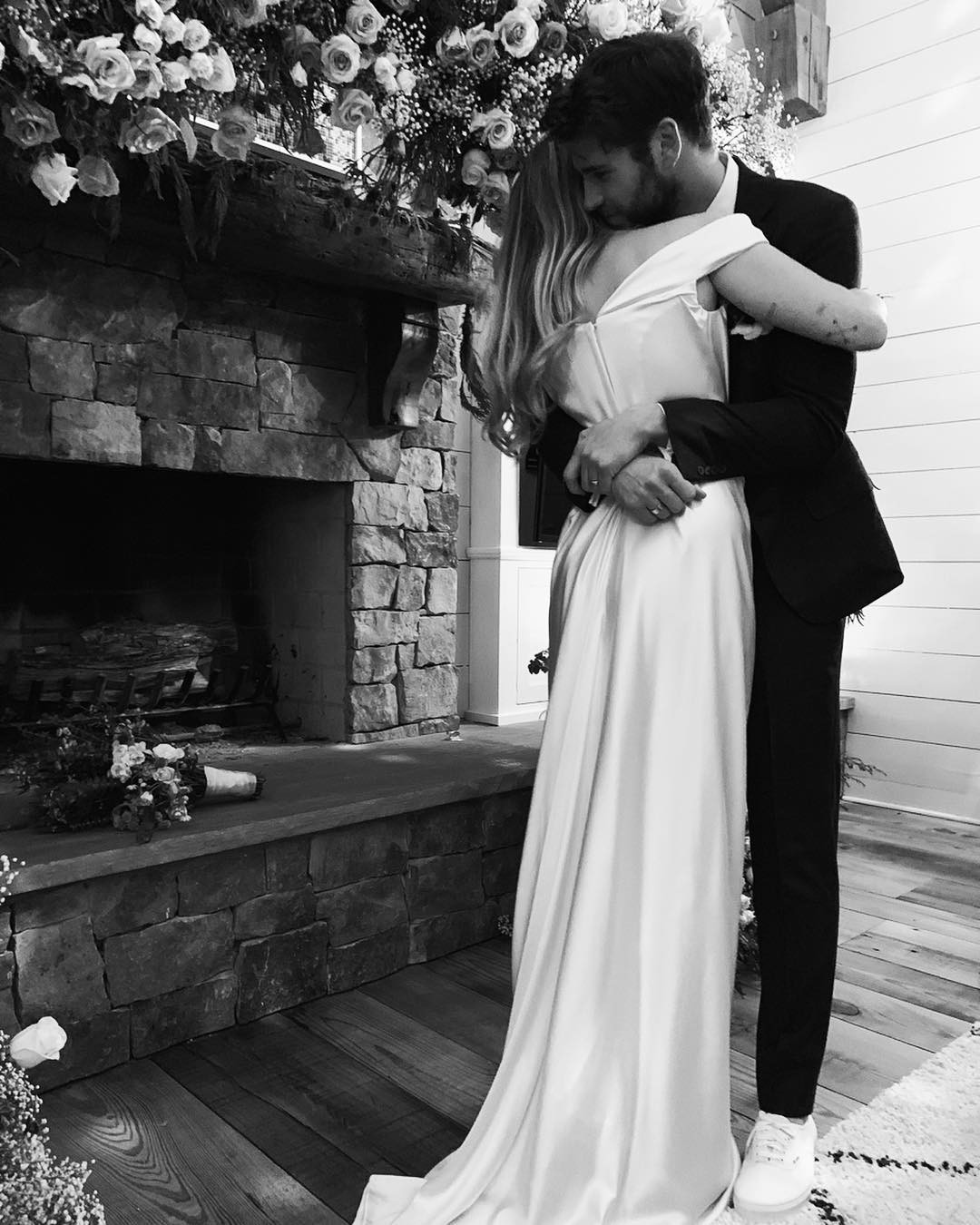 Miley Cyrusis a blushing bride in new photos of her wedding to Liam Hemsworth.

The famous singer posted photos of herself in a white dress, with her arms wrapped around the groom in a warm embrace on Wednesday. In the black-and-white pictures, there is a delicate bouquet perched beside the couple and Liam looks to be wearing a wedding band on his ring finger.

For the ceremony, the “Wrecking Ball” singer wore a gorgeous off the shoulder Vivienne Westwood gown, with her blonde locks cascading down her back. As for Liam, he appeared to be wearing white Vans and a suit and tie for his formal attire.

While Miley didn’t confirm that a ceremony did indeed take place, she wrote “10 years later” as her caption. Fans believe this is the couple’s way of announcing they are finally a married couple.

Speculation began to mount on Sunday night after Miley’s little sister Noah Cyrus shared photos of herself crying, as well as a photo with “Mr. & Mrs.” balloons in the background. Moreover, Noah was clearly at Miley and Liam’s home in Tennessee, where the pair is currently living following the loss of their home to fires in Malibu, Calif..

There was also video of Liam, his brothers Luke Hemsworth and Chris Hemsworth drinking from a shot-ski with their father in celebration. Not to mention a video of Miley and Liam that looked like they were about to cut into a delicious looking wedding cake as there family and friends looked on. 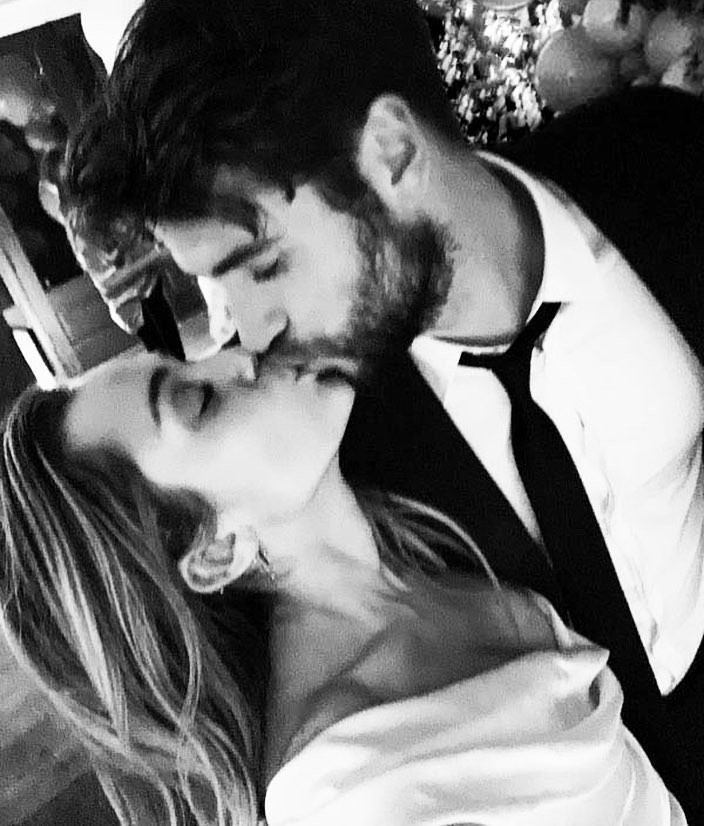 The wedding nuptials have been a longtime coming. Miley and Liam first met on the set of the movie The Last Song in 2008 and quickly fell in love. They continued dating off and on for many years until Liam popped the question for a second time in 2016.

Their families must be overjoyed to officially call them their in-laws, since a source has told E! News, “Their family would love for them to finally tie the knot and are very excited about it.”

Congratulations to the newlyweds!