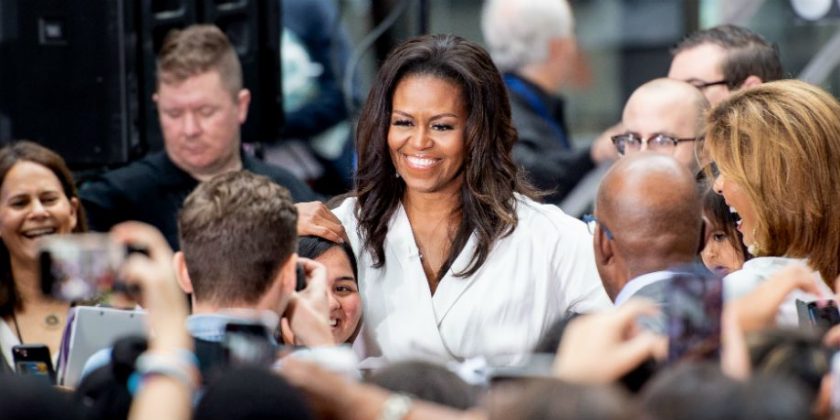 “If you’re in a marriage and there are times you want to leave, that’s normal — because I felt that way,” the former First Lady said.

Barack and Michelle Obama seem to have the perfect, loving marriage. Standing by one another through the thick and thin, many have commended them for not letting what was arguably the most stressful job in the country affect their marriage. Even still, the couple admits their marriage hasn’t always been smooth sailing.

According to People, Michelle said that she and Barack were once arguing so much that they had to seek the help of a marriage counselor. In her tell-all book Becoming which will be available November 13, the 54-year old former First Lady goes into more detail about the specific struggles she and her husband faced while he was in office. “Because we’re role models, it’s important for us to be honest and say, if you’re in a marriage and there are times you want to leave, that’s normal — because I felt that way,” she said.

The first copies of my book have arrived! It’s a little surreal to hold the finished product in my hands. November 13th is almost here—pre-order your copy today at the link in my bio. #IAmBecoming

Married since October of 1992, the Obamas have hit several rough patches along the way. Michelle has recently revealed that her inability to get pregnant naturally caused added tension between her and Barack. She also suffered a miscarriage in a particularly dark period of their marriage. Eventually, the couple turned to IVF treatments, through which she was able to conceive their two daughters, 20-year-old Malia and 17-year-old Sasha.

The two girls brought incredible joy to their parents’ lives, but it did take the Obamas time to adjust to being new parents. At the time, Barack’s demanding job as a politician was just starting to really take off. They needed help to learn how to balance a high powered career while simultaneously being present and active parents. Michelle said the two attended couples therapy a handful of times to learn better ways of communication and get their issues under control.

By sharing her experience, Michelle hopes that other couples will realize that there is no shame in therapy if you think it is the best decision for you and your partner. Sometimes help is needed from an outside source who can offer a fresh perspective. “Marriage counseling, for us, was one of those ways where we learned to talk out our differences, I stopped feeling guilty,” she said.