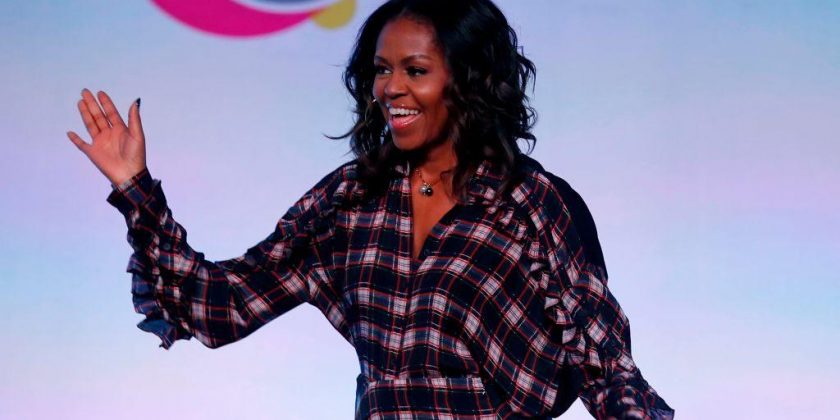 Michelle Obama’s highly anticipated new memoir hits bookstore shelves November 13. Becoming – which Oprah has selected as her next book club pick — is sure to be a bestseller, as fans of the former first lady snap up the book to learn more about Obama’s life before, during, and after her time in the White House.

To promote her book, Obama is embarking on a 10-city U.S. tour. Find out which cities she’ll be visiting and whether you can still get tickets to see the former first lady in person.

Through the rest of 2018, Obama will visit 10 U.S. cities on her book tour, as well as one city in England. Here are the dates for her upcoming tour:

How much do tickets for Michelle Obama’s book tour cost?

People in the publishing industry are expecting Becoming to be one of 2018’s best-selling titles, according to the Wall Street Journal. Based on how quickly tickets for her book tour sold, their expectations seem likely to be met.

Tickets for Obama’s book tour started at $29.50, but those affordable tickets are no longer available. If you want to see the former first lady discuss her memoir, you’ll probably have to shell out several hundred dollars for one of the few remaining seats.

However, if you have a lot of cash, you might be in luck. For several tour dates, “meet and greet” packages with Obama are still available. But you’ll pay somewhere around $2,750 a person for the privilege of meeting Michelle Obama face-to-face.

Quick sellouts and sky-high prices for some seats have left some Obama fans disgruntled, the Washington Post reported. One person on Twitter accused her of “selling Beyoncé priced tickets.”

While many of the seats are expensive, Obama is also giving away free tickets to make sure that those who couldn’t buy a ticket can still see her speak. Ten percent of tickets for each event will be distributed to community organizations, schools, and other groups.

Among the groups receiving free tickets to see the first lady were seniors at Democracy Prep Public School in Harlem. Obama gave them the news in a surprise Skype appearance during a college application prep session. In Chicago, organizations the tickets went to included Bottom Line, a nonprofit that helps low-income college students, Chicago Debates, which promote debates activities in Chicago’s public schools, and Chicago CRED, which works to end gun violence in the city.

“It was important to me that all sorts of people could come to the tour events, not just those with means or who happened to be by a computer when the tickets went on sale,” Obama said. “I want them to see themselves in my story — to see the value in the fullness of their lives and to imagine who they might become in the years ahead.”