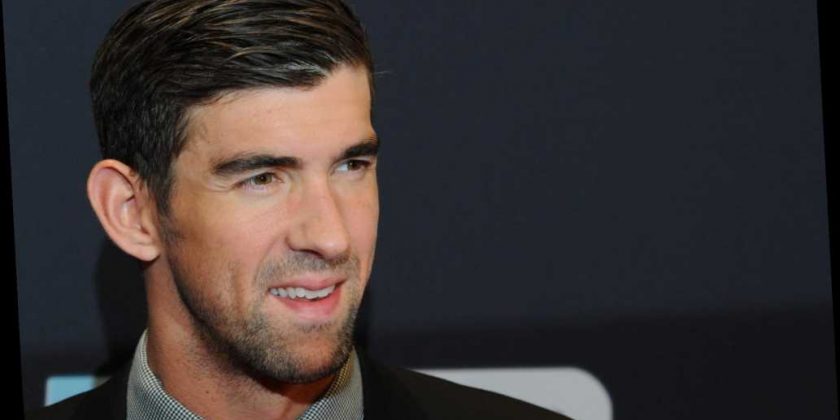 Even as a former Olympic swimmer, when it comes to dealing with his mental health, Michael Phelps often feels like he's trying to keep his head above water.

The world-renowned athlete, who has been open in the past about his depression and anxiety, tells PEOPLE that he continues to "struggle every single day" with his mental health, but that "asking for help" has been a key factor in his recovery.

"If I'm not the best me, then I have no chance of being the best husband, the best father, the hardest worker. I don't have that chance, so I have to be me," says Phelps, who shares three sons — Boomer, 4, Beckett, 2, and Maverick, 15 months — with wife Nicole.

"And, am I struggling? Hell yes, I struggle, I struggle every single day," he admits. "It's understanding that I'm not the only one in the world that's struggling, and not everybody is out to get me. I'm just going through a difficult time, so that's okay. And it's okay to talk about that. It's okay to ask for help."

The 23-time gold medalist says that while a lot of people may look at depression or anxiety as a "weakness or a negative," he says it's simply what "makes us human beings and makes us grow as people."

Phelps says that asking for help and understanding that his feelings were normal were major turning points for him.

"Once I realized that it's okay to not be okay, I started sharing the emotions that I was going through, or the thoughts that I had and I felt safe with that, and that's what's helped me be able to grow and learn more about myself," he explains.

"Being able to unload some of the things that I was holding on to, it truly gave me space to grow," he tells PEOPLE.

Now, Phelps is encouraging others to do the same.

"To those readers out there who are struggling, I'm with you, I'm 100 percent with you. I have been struggling just as bad, and know you are not alone and we can do this together," he says.

The athlete recently teamed up with the Colgate Optimism Project where he's been able to mentor young leaders and explain the importance of staying optimistic.

"We talked about the word 'can't,' and that was something that I took out of my vocabulary when I was younger," he says. "Because if you say you can't do something, then you're basically making that choice up for you, and you might as well just move on to something else."

The program celebrates six Gen Z leaders, found through a nationwide search, that are igniting positive change throughout their communities. Phelps says he resonates with these young adults as "they're not afraid to dream." "This is something that is very close to home," he says. "Given my story and my background with mental health, I understand the power of an optimistic outlook."

Phelps says he's already "mind blown" at how many young leaders are out there "changing the world in the most difficult time that any of us have ever experienced."

"They're out there doing this because they want to make a change … it's incredible," he says. "I'll say this over and over again, it shows that we have hope moving forward."

If you or someone you know need mental health help, text "STRENGTH" to the Crisis Text Line at 741-741 to be connected to a certified crisis counselor.