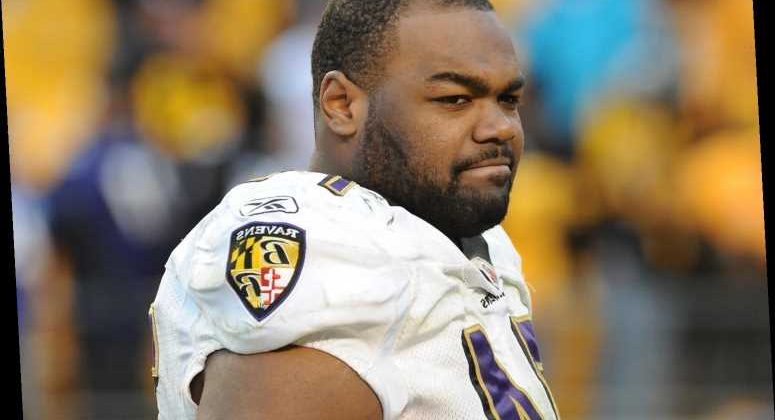 Although Michael Oher had hoped to continue his career in the NFL, a severe concussion ultimately kept him on the sidelines.

In summer 2017, Oher, 34, was released by the Carolina Panthers after failing a physical. Oher had only played three games in the 2016 season and was placed in concussion protocol in late September of that year.

Oher, who is writing a book about his recovery experience planned for release in 2022, is known for being the inspiration for hit movie The Blind Side, which chronicled his life before his eight-year career in the NFL. In the league, the former offensive lineman played with Baltimore Ravens, helped them win a Super Bowl in 2013, and then went on to play with the Panthers.

At the time, the seriousness of his concussion was apparent after Oher posted and then deleted a picture of several pill bottles to his Instagram with the caption "all for the brain smh."

In response to concerns about the post at the time, Dave Gettleman, then-general manager for the Panthers, said that "a healthy Michael Oher" was the team's "number one priority."

"This is not about football, this is about Michael," said Gettleman. "… My primary interest is Michael's health."

Oher says that his upcoming book will not only touch on that difficult concussion recovery, but it will also help inspire others to overcome tough times and cover his journey with mental health.

"Now I'm writing a book about overcoming and dealing with adversity because I know a lot of people don't believe that they have that 'it' inside of them," says Oher. "It took me a while to get back. I had to find that deep down inside. So what I want to do is to tell different bits and pieces of how I fought back and letting people know that you do have that inside of you. The easiest part is giving up and the finish line might be right there." Oher reveals that during his recovery process that his mental health was just as important as his physical health. He suspects that had he gotten help sooner with therapy, his recovery might have been quicker.

"The mind is the most powerful thing and it has to be healthy to be successful," says Oher. "I bottled so much stuff up throughout my life. I carried that with me and I think it hurt me in the long run. That may be the only thing holding you back from being where you want to be — talking to somebody."

The University of Mississippi alum hopes that his story and future book will help others feel inclined to seek the help they need.

"If you're not there mentally, and if that's not healthy, everything else is going to fail," says Oher. "It's not going to go the way that you want. So I definitely recommend seeking help. And that's one of the things that's going to be a big piece in my book because we need it."

This will be Oher's second book after his New York Times best-seller, ​I Beat The Odds: From Homelessness, to The Blind Side, and Beyond. In addition to writing, Oher has spent much of his time post-NFL giving back to others. He recently launched a new app called Good Deeds which aims to help those in need receive resources.

"I worked so hard to get to this point and to finally be healthy. So it's wonderful to give back and just continue to change lives and inspire … that's the main thing I'm focused on."