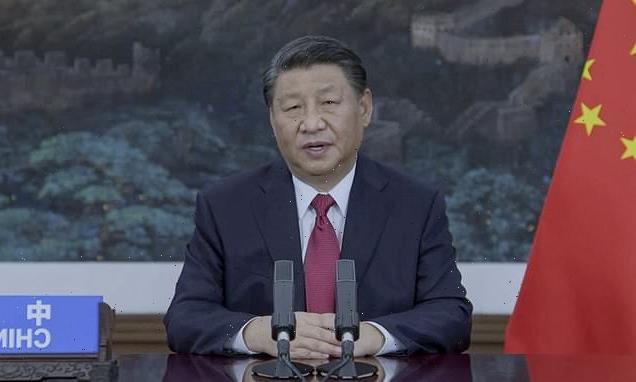 The UK’s £10billion super-deal with UAE shows how Brexit Britain can take on China – and exploit Sleepy Joe’s retreat from the world, writes author and historian MICHAEL BURLEIGH

For decades, China has been engaged in economic expansion of breathtaking scope which has seen it buying its way across Africa, Latin America and even Europe.

In exchange for building roads and transport networks, it has seized control of critical resources and strategic terrain, and gained access to distant markets.

It has built ports in Israel and Greece, and loaned Jamaica $2 billion for transport, and invested another $3 billion in bauxite mining, sugar and tourist resorts.

The scale of the Beijing regime’s ambitions seems limitless. Most recently it has begun investigating the possibility of mining the dark side of the Moon for rare metals, having sent a series of unmanned missions to collect samples.

As part of this so-called Belt and Road Initiative, China’s $1 trillion spending on infrastructure projects stretches as far as Britain, with the state-run China General Nuclear Power controversially holding a 33 per cent stake in the new Hinkley nuclear power plant in Somerset. 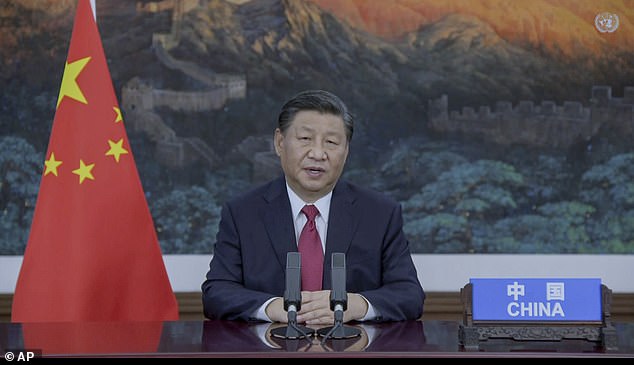 For decades, China has been engaged in economic expansion of breathtaking scope which has seen it buying its way across Africa, Latin America and even Europe

All this constitutes an over-arching strategy in which China is using its economic muscle as a foreign policy weapon to try to achieve global dominance by making other nations dependent on its goods and services. Inevitably, in this seismic – increasingly high-tech – battle, Beijing finds that rival countries are determined to stem its relentless march and challenge it for a slice of any power and profits.

This is precisely what is now happening with Britain in the Gulf states region. Earlier this month, the Government put down a highly significant marker by signing an investment deal with the United Arab Emirates (UAE). The oil-rich state pledged to invest £10 billion in UK clean energy, technology and infrastructure.

The UK hopes other foreign investors will ‘sit up and take notice’ of such post-Brexit opportunities. Investment Minister Lord Grimstone says the historic agreement will help the PM’s ‘levelling up’ agenda, with the money going towards wind farms and new car plants in industrial heartlands.

Sheikh Mohammed bin Zayed Al Nahyan, Crown Prince of Abu Dhabi and de facto ruler of the UAE (formerly a British protectorate but now a federation of seven sheikdoms), visited London to agree the deal. The investment will be spread over five years and areas identified by the UAE as key for future growth include life sciences, healthcare, collaboration on ‘developing sustainable energy solutions’ for cities in Britain and decarbonising oil and gas operations in Abu Dhabi.

There will be co-operation, too, on the installation of a fibre optic broadband network in the UK which should massively boost the parlously slow speeds experienced by many people and businesses. The UAE will invest $690 million in British fibre broadband operator CityFibre. 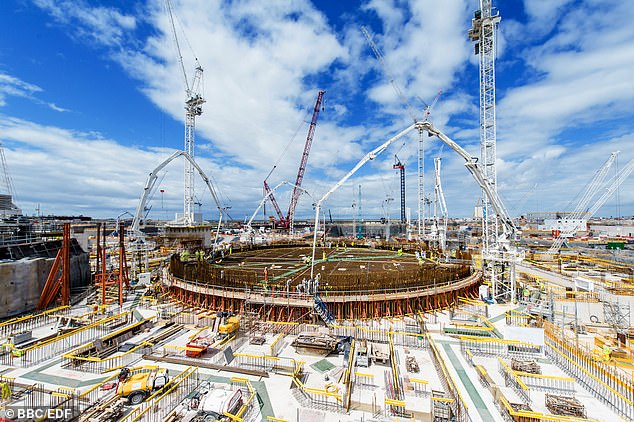 As part of this so-called Belt and Road Initiative, China’s $1 trillion spending on infrastructure projects stretches as far as Britain, with the state-run China General Nuclear Power controversially holding a 33 per cent stake in the new Hinkley nuclear power plant in Somerset

Such areas will augment existing deals which, in the past, have often focused on arms purchases – not to mention the murkier end of the electronic surveillance industries whose equipment is used by the UAE government against dissidents.

While it’s an important commercial deal, it’s the geo-politics that are truly fascinating. For this comes at a time when America is in retreat – Joe Biden’s withdrawal from Afghanistan being the most visible, and shocking, proof. The emphasis by ‘Sleepy Joe’ interests closer to home, and pushing back against globalisation by focusing on the needs of US workers making products on American soil, will have profound effects on US influence in the Middle East.

If America continues to withdraw from the region to protect its interests in the Indo-Pacific and to check China’s progress, it is inevitable Gulf rulers will seek out other partners. China is ready and waiting.

How ironic it would be if, by relaxing US influence in the Middle East to concentrate on curbing China in the East, Biden might allow Beijing to launch a vigorous charm offensive in the Gulf.

Already China is more visible as a powerbroker in the Gulf states, where its Belt and Road Initiative is being harnessed to connect its 1.3 billion population with Europe.

Currently, Beijing’s interests consist almost exclusively of oil imports – accounting for a phenomenal 40 per cent of China’s total consumption. But it is desperate to exploit more commercial opportunities provided by the competitive and modernising societies in the Gulf region.

Significantly, with their airlines, banks and shopping hubs, Saudi Arabia, Qatar and Dubai are jostling to be key global players. Chinese exports to the six Gulf Co-operation Council countries (Bahrain, Kuwait, Oman, Qatar, Saudi Arabia and UAE) have risen by 267 per cent in the past 20 years.

Crucially, as the Gulf states seek to diversify from oil and gas, no longer so prized in today’s clean energy world, China is offering to export its expertise in construction and telecommunications.

With the Communist government having built most of the bridges and railways needed in China itself, the country’s millions of construction workers must be found alternative places of employment.

The Gulf states – with their soaring infrastructure plans symbolised by Qatar spending an estimated $200 billion to host next year’s football World Cup – offer just that. Reluctant to levy taxes on their own citizens to fund such developments, the Gulf states are eager for China to help out with loans, too.

President Xi Jinping, in turn, is happy to lend them huge amounts from China’s colossal cash reserves to fund these mega projects. So, across the Middle East, Chinese engineers are building bridges, ports, roads and railways. The Chinese electronics giant Huawei – banned from the UK’s 5G infrastructure over concerns about its security practices and links with the Chinese government – is installing 5G systems. Most Gulf states have received the Chinese-made Sinovac Covid-19 vaccine.

Historically, America has sold the Gulf states huge quantities of weapons. But the Biden administration has paused sales as part of a broad review of arms agreements made by Donald Trump. US Secretary of State Antony Blinken says the rethink is being conducted to ensure America’s ‘strategic objectives’ are properly advanced.

By contrast, Chinese arms exports have been very modest – for example, selling drones to the UAE.

Unlike the US, China has a minimal military presence in the region, with one small naval refuelling base in Djibouti. However, with Biden’s retreat, that might not be the case for long.

Cleverly playing countries off against each other while holding sway itself, China has a policy of staying on friendly terms with states which are mutually suspicious, such as Iran, Saudi Arabia, Israel, Turkey and the UAE.

It has been a principle of Beijing realpolitik to refrain from interfering in regional relationships. And in a region where there are widespread human rights abuses – and when President Xi rides roughshod over them, too – it never bothers about the niceties of little things such as injustice or torture.

In return, the Gulf autocrats don’t mention China’s oppressed Muslim Uighur minority in Xinjiang province. By contrast, Britain’s politicians have had no such qualms, describing the treatment of Uighurs as genocide.

Our Government’s major investment deal with the UAE is ostensibly a commercial transaction that will provide clean energy and create thousands of jobs. But it also represents a critically important part of the West’s pushback against China’s audacious attempt at global economic domination.