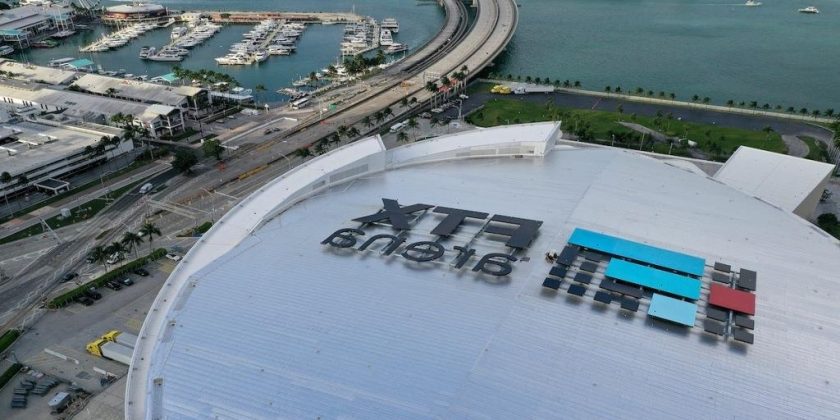 Artists like Carrie Underwood and Rauw Alejandro won’t have to suffer the indignity of performing in a Miami venue named after an insolvent cryptocurrency exchange when they hit the road in the coming months. That’s because FTX Arena is no more.

On Wednesday, a federal bankruptcy judge terminated the naming-rights agreement between Miami-Dade County, which owns the facility, and the now defunct FTX, once the third-ranked crypto exchange by volume until it was discovered in November 2022 that the company was insolvent due to its mishandling of customer funds.

This ruling ends the contractual relationship with FTX, which still had over 17 years to run.

In March of 2021, the Miami-Dade County Board of County Commissioners approved a $135 million deal with FTX. At that time, now-disgraced CEO Sam Bankman-Fried released a statement that crowed, “This opportunity is more than putting our name on an iconic building. It is a chance to provide value to the growing and diverse community in Miami and its surrounding cities.”

That value diminished considerably after FTX filed for bankruptcy on November 11, just five days after Bankman-Fried took to Twitter in an attempt to allay concerns about his company, by insisting, “FTX is fine. Assets are fine.”

In response to the announcement that the exchange would initiate Chapter 11 proceedings, Miami-Dade County and the Miami Heat issued a joint press release, declaring that they would be “immediately taking action to terminate our business relationships with FTX, and we will be working together to find a new naming rights partner for the arena.”

Just one month earlier, in October, the FTX logo had been placed on the arena’s roof, replacing the aircraft associated with the facility’s original sponsor, American Airlines. Back in 1999 American had entered into a 20 year contract which it eventually opted not to renew. The facility subsequently retained the American Airlines Arena name for well over a year, while Miami-Dade scrambled to identify a replacement sponsor, which it eventually found in FTX.

On November 22, the county petitioned the bankruptcy court for permission to remove the name from the venue, so that it could pursue other options. Miami-Dade also suggested that keeping FTX on the facility would compound the “enduring hardships” of the exchange’s aggrieved former customers.

The situation in Miami calls to mind the naming of a new ballpark in Houston, just over 20 years ago. In the spring of 1999 Enron chairman Kenneth Lay trumpeted a 30-year, $100 million deal with the Astros for what briefly would be known as Enron Field. By early 2002, the Astros were eager to distance themselves from the scandal-plagued corporation. However, since Enron had already paid ahead for a year, the desperate baseball team purchased back the naming rights for $2.1 million.

FTX was already in arrears with another $5.5 payment due on January 1, so Miami-Dade did not need to pay off its former partner. Instead, it had to bide its time, until Judge John Dorsey issued his ruling.

On Friday, local officials and the Heat revealed that they had landed on an interim name. For the immediate future, the venue will be known as Miami-Dade Arena.

As for a potential partner, mortgage lender Network Capital reportedly made a bid back in 2021.

Or perhaps in the spirit of defending digital currency, a Los Angeles arena sponsor will increase its East Coast presence, by staking claim to a second Crypto.com Arena.

Then again, Florida has its own distinct history of colorful venue names, so perhaps the moment is right to resuscitate the legacy of Tampa’s lost, lamented 1-800-ASK-GARY Amphitheatre.