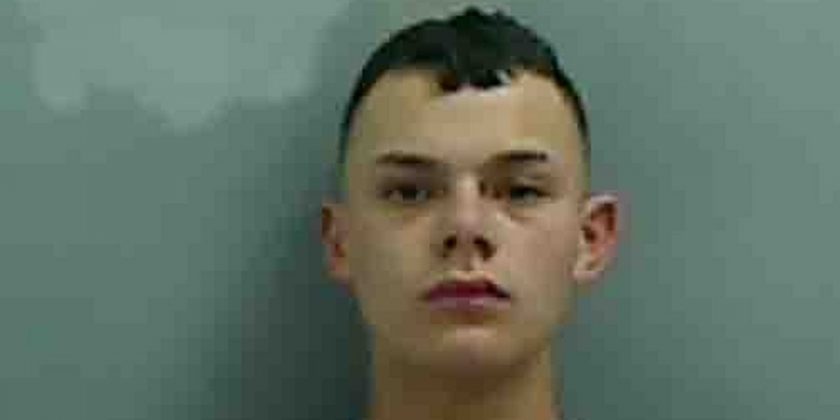 Two thugs who acted "like a pack of wile animals" as they carried out a sickening attack outside a nightclub have been jailed.

Callum Musgrove and Dylan West, both 22, were sentenced to 17 years for the devastating assault on aspiring soldier Kia Morrison on May 7 last year.

Mr Morrison, just 17 at the time, suffered "life-changing" injuries when he was punched by West and horrendously kicked in the head by Musgrove.

His injures stopped stopped him pursuing his dreams of joining the army and ever having children.

The fracas began when their friend Aaron Thompson was thrown out of the Soho nightclub in central Middlesbrough in the early hours of Bank Holiday Monday.

Thompson hurled abuse at doormen, saying they had made a "big mistake" and they did not know who they were dealing with, and threatening to come back with a shotgun and shoot them.

The other two joined him and the three 22-year-olds launched "indiscriminate violence" against door staff and other people, apparently sparked by the loss of a gold chain.

"Within a minute or so, there was a brawl with Musgrove at its heart," prosecutor Nick Dry told Teesside Crown Court on Tuesday.

He said Musgrove – who had received boxing training and fought two bouts – was "dancing around as if boxing" on Albert Road.

Mr Morrison walked by with his uncle as he saw the violence and "tried to usher Musgrove away", the Crown said.

He threw a missed punch as he backed away from an advancing Musgrove, who struck him with force. Then he was hit by West.

Finally Musgrove kicked the dazed victim to the head and he fell to the pavement unconscious.

The teenager suffered a complex skull fracture and a bleed on the brain and was fitting and bleeding heavily as he was taken to hospital with life-threatening injuries.

He survived but faced "the prospect of significant disability for the rest of his life", using a wheelchair and needing help in day-to-day life.

The attack destroyed his hopes of joining the Army and affected his speech, communication and his ability to enjoy becoming a father.

His grandmother stepped into the witness box to give a harrowing statement about the far-reaching effects on him and his family.

Musgrove, appearing with West via video link to Durham Prison, cried as she spoke movingly in the courtroom.

Yet at the time, Musgrove and West "celebrated" their assault, the former re-enacting his kick, the court was told.

"Some of the group were heard to shout that Mr Morrison had deserved it and they hoped he would die," added Mr Dry.

Yobs removed shirts and carried on fighting with doormen, who took two men to the ground before the police arrived and arrested them.

Others were injured in the melee – a doorman suffering a cut eye, another with bite marks to his arm, and a man kicked on the ground.

West showed no remorse after his arrest, asking police: "What am I being locked up for? Attempted murder? That’s the best thing for him."

He and Musgrove claimed they acted in self-defence or as a peacemaker.

But Musgrove was convicted by a jury of the more serious charge of causing grievous bodily harm with intent.

They and Thompson, of The Heath, Norton, admitted affray.

In his trial Musgrove apologised to Mr Morrison from the witness box, saying: "I’m sorry mate, and I hope you recover.

"I was acting like an absolute d***head and I’m ashamed of myself."

He had only a reprimand for theft on his record, Thompson a warning for assault as a youth and a fine for two assaults on police officers.

West had been cautioned for racially abusing and punching a shopkeeper unconscious.

He was given a suspended prison sentence for two assaults on Christmas Eve 2016 , where he pulled a knife and threw punches at door staff when he was refused entry to a casino.

Brian Russell, defending Musgrove, said: "He still doesn’t really understand why he behaved in that way.

"The reason he behaved in that way was because he had had too much to drink."

He said Musgrove panicked over the loss of his gold chain and was described by a neighbour as a "caring and gentle young man" who had done work for charity.

Robert Mochrie, representing West, said he did not play the leading role, saying he "got between the two to avoid any further confrontation" and did not foresee the consequences when he delivered a single punch.

Alex Bousfield, for Thompson, said he was not involved in the attack on Mr Morrison and struck out "in panic" when a group of males came towards him amid arguments with door staff.

He said Thompson later apologised, regretted his "foolish" drunken behaviour and stayed out of trouble since.

Judge Simon Bourne-Arton QC, the Recorder of Middlesbrough, rejected the suggestion that Mr Morrison had "squared up" before the attack.

He said: "I do not accept for one moment that he’s to be blamed in any part whatsoever."

He said Thompson was the "catalyst" for the chain of events and Musgrove was "jumping up and down, squaring up to them and your adrenaline was pumping.

"Why you were behaving that way I have no idea."

He said Musgrove’s "dreadful kick" had "catastrophic effects and consequences" and life-changing injuries which, it was thought for many months, might prove fatal.

He told Musgrove and West: "After the attack you two went off relishing and celebrating about what you had done.

"Those who go for a night out are entitled to enjoy a decent night out without being confronted by people like you."

Musgrove was jailed for 12-and-a-half years, West for five years, and Thompson for 10 months.