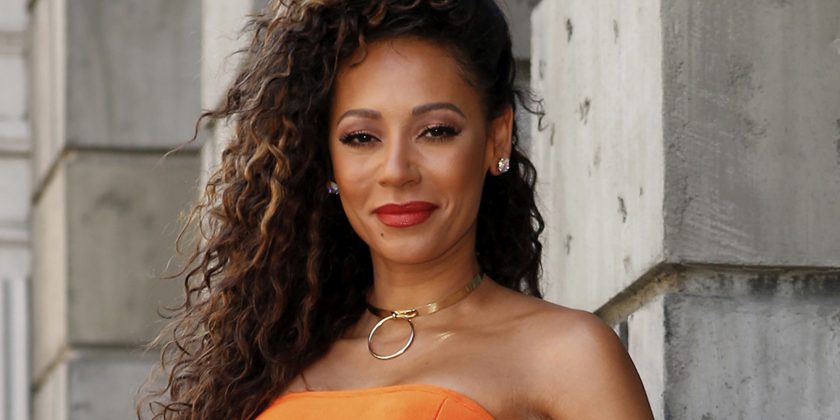 Back in the ’90s, when the Spice Girls were hot, Melanie Brown, aka Mel B, was known around the world as Scary Spice. But Brown’s life became truly scary a couple of decades later, when, as a mother of three daughters trapped in an allegedly abusive marriage to second husband Stephen Belafonte, she attempted suicide.

It was her second suicide attempt: The first came when she was just 14. Leaving the hospital against doctor’s orders, she still went on to appear on the “X Factor” finale. Such are the relationship, mental-health and substance-abuse struggles that Brown gets real about in “Brutally Honest,” her new memoir, out Tuesday.

Since marrying Belafonte (no relation to Harry Belafonte) in a quickie Las Vegas ceremony in 2007, Brown had lost much of the inherent Girl Power that took her from being a brown biracial kid growing up in Leeds, England, to becoming one-fifth of the biggest girl group on the planet: the Spice Girls.

“It was up to [Stephen] whether I was a piece of filth that day or a goddess or a whore,” writes the “America’s Got Talent” judge, who drank and took cocaine to numb the pain of a troubled marriage that had cut her off from her parents.

“Brutally Honest” reveals that Brown fell for Belafonte — father of her youngest daughter, Madison, now 7 — on the rebound from her breakup with Eddie Murphy. “I had been spectacularly dumped,” she writes about the end of her relationship with the actor-comedian, whom she describes as “the love of my life.”

She and Murphy met through mutual friends at a 2006 dinner party at Murphy’s Hollywood Hills mansion — “Eddie’s kingdom,” Brown calls it — that he had arranged precisely to pursue her.

“What had started out as a thunderbolt in his kitchen turned into the most beautiful, nurturing and loving relationship of my life,” writes Brown, who, oddly enough, had once worked at a Leeds jeans shop called Trading Places — the title of Murphy’s 1983 hit film.

But the couple had problems after she became pregnant with their daughter, Angel, now 11. While promoting “Dreamgirls,” Murphy announced during an interview on the Dutch TV show “RTL Boulevard” that they had split, unbeknownst to Brown, and questioned whether he was the father of her baby. “It was like a hammer blow to my heart,” she writes.

Before Murphy, Brown had more relationship drama with first husband Jimmy Gulzar, her designated “Spice Boy” backup dancer during the 1998 Spiceworld Tour. After she paid for her own engagement ring, the two never consummated their marriage on their wedding night that year. “Jim got into bed, turned his back on me and fell asleep,” Brown writes about the father of her oldest daughter, Phoenix, 19. She divorced Gulzar in 2000.

Likening her own sex drive to “a bloody Formula One car,” Brown is open about her bisexuality in “Brutally Honest.” Before she began dating Murphy, she writes, “I’d come out of a very beautiful, loving, five-year relationship with a woman (one I will never, ever discuss because she was extremely private and I will always respect that).”

Brown also details having threesomes with Belafonte, many of which she would initiate and always with other women. She allegedly had an affair with their former nanny Lorraine Gilles, although their relationship isn’t discussed in the book, reportedly because of a secret settlement.

After making a deathbed promise to her father, Brown finally left Belafonte in 2017 — with just $936 in the only bank account she could access. During an ugly legal battle, she agreed to drop the domestic-violence charges against Belafonte in order for the 64 sex tapes he’d made during their marriage not to be shown in open court. But Brown watched them all herself, painfully, at a small hotel in LA’s Koreatown.

Indeed it will: Brown will be reuniting with the Spice Girls — minus Victoria Beckham, a k a Posh Spice — for a UK stadium tour kicking off in June 2019. It will mark the group’s second reunion trek since breaking up in 2000.

“Girl Power has grown up,” Brown writes in the “Brutally Honest” epilogue, “and I want to learn from my past and grow up with it.”