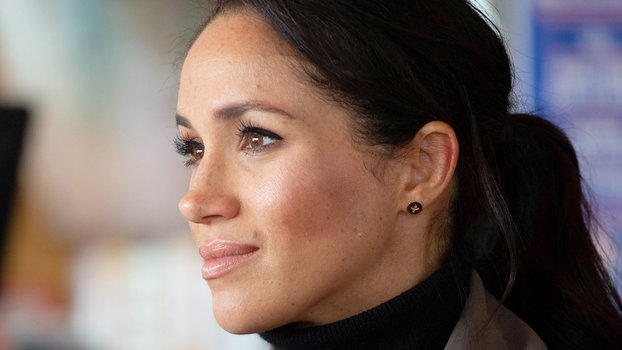 Last week, while an Oscar de la Renta-clad Meghan Markle and Prince Harry helped pack meals for One25 — a charity that assists female sex workers — the duchess decided write messages of affirmation on every banana that went inside a meal package.

“Oh, actually do you have a Sharpie marker? I have an idea,” she said during the outing, according to People. “I saw this project this woman had started somewhere in the States on a school lunch program.”

Messages included inspirational phrases, such as, “you are strong,” “you are brave,” and “you are special.” The sweet gesture was not met with appreciation from one sex worker.

“People out here struggle to eat and sleep and she gifts us some words on a piece of fruit,” said a woman who goes by the name Nikki to the British newspaper The Sun. “She has the means to help us more than that. It’s offensive, you know.”

Journalist Piers Morgan also found the act to be patronizing. “Why is Meghan Markle signing bananas for sex workers to ‘empower them’?” Piers wrote on Twitter. “This is one of the weirdest, most ridiculous things I have ever seen a member of the Royal Family do…”

However, others thought Meghan’s encouragement was coming from a good place. “It’s so cold right now, it’s a struggle to raise money to get a bed for the night, so any food and bedding is a big help,” said another sex worker, who wished to remain anonymous. “I think it’s great Meghan is supporting them. It is really sweet.”