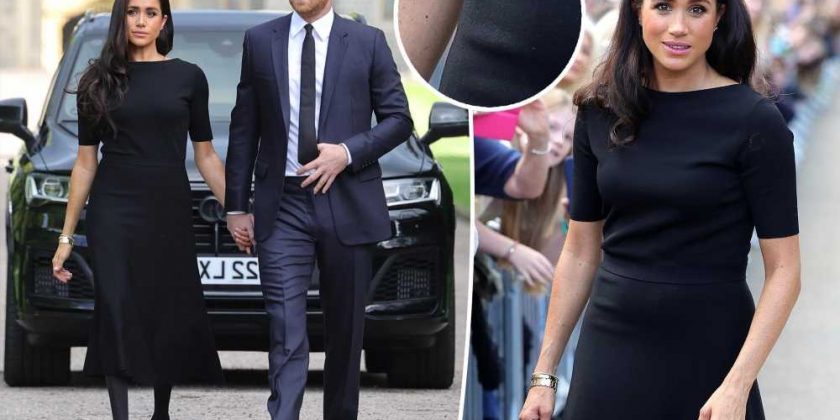 Critics speculated that Meghan Markle had a secret microphone under her dress while greeting mourners at Windsor Castle on Saturday in the wake of Queen Elizabeth II’s death, but an insider exclusively tells Page Six the accusation is baseless.

“This is insane and actually damaging to her. Of course she was not wearing a mic,” a source close to Markle told Page Six Tuesday.

The questions came after Twitter users spotted a mysterious square-shaped crease in the former “Suits” actress’ dress as she walked beside Prince Harry, Prince William and Kate Middleton to view tributes left for the late Queen.

Several people posted theories as to why Markle, 41, might be wearing a mic pack, with some suggesting she could be gathering material for her Netflix docuseries.

One user pointed out the shape and tweeted, “I can’t believe she is recording this. She is just a vile and toxic woman. I hope King Charles has told Harry she is not to come to the funeral.”

Another shared the same photo and added, “Is Meghan markle wearing a mic to use the queens death for her Netflix reality show?” 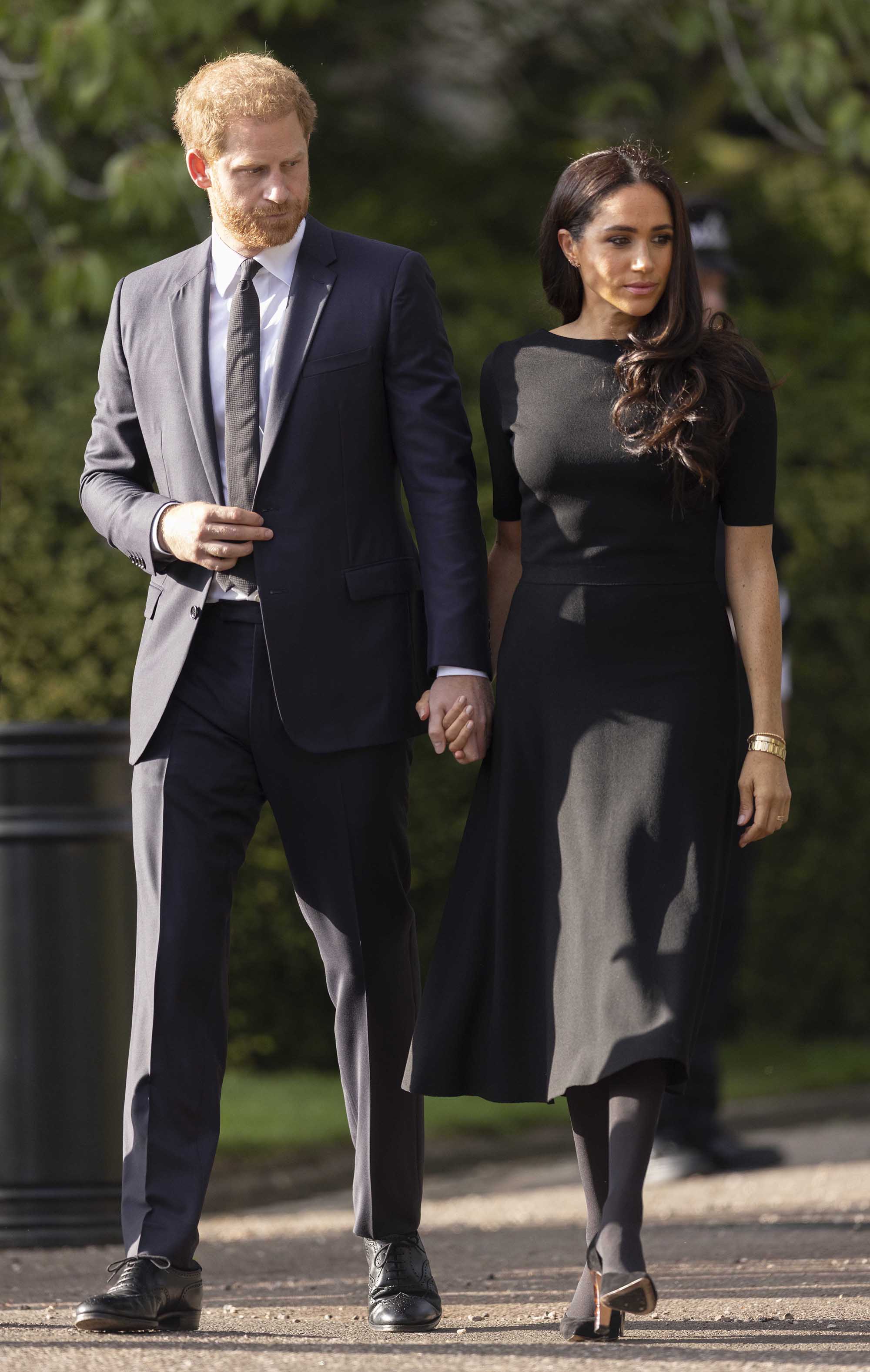 “I’m finally done! Meghan wearing a mic was my last straw,” the wrote. “No more tweets about this pair until after the mourning period. I refuse to focus on anything but Queen Elizabeth.”

However, others pointed out that the speculation was inappropriate and likely untrue.

“Nothing creepy about zooming in on a photo of a woman’s clothing in this manner, not at all,” a supporter tweeted in response to the criticism.

Another chimed in, “LEAVE HARRY AND MEGHAN ALONE!”

The estranged foursome’s outing marked the first time the Duke and Duchess of Sussex and Prince and Princess of Wales were seen together since Commonwealth Day in March 2020.

The walkabout caused chatter as Harry, 37, was praised for his loving and tender interactions with his wife, while William, 40, was said to have been “cold” to his. Markle also caused a stir when she was filmed having an awkward encounter with royal aides over bouquets of flowers in her arms. 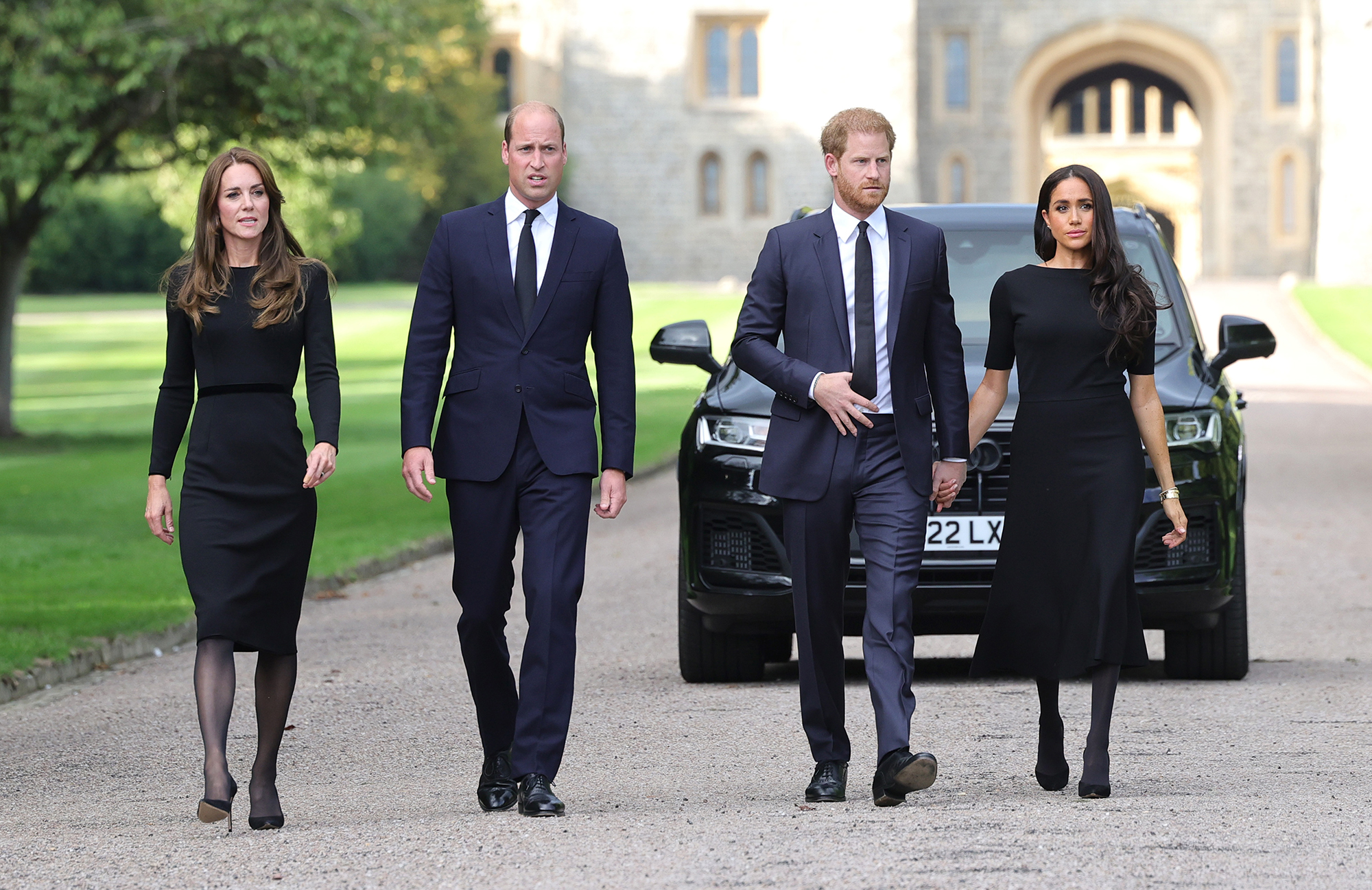 Two days after the outing, the Duke of Sussex released an emotional statement on losing his grandmother, Queen Elizabeth II, who died on Thursday at the age of 96.

“Granny, while this final parting brings us great sadness, I am forever grateful for all of our first meetings — from my earliest childhood memories with you, to meeting you for the first time as my commander-in-chief, to the first moment you met my darling wife and hugged your beloved great-grandchildren,” he said, paying homage to Markle and their two children, Archie, 3, and Lilibet, 1, who was named after the monarch. 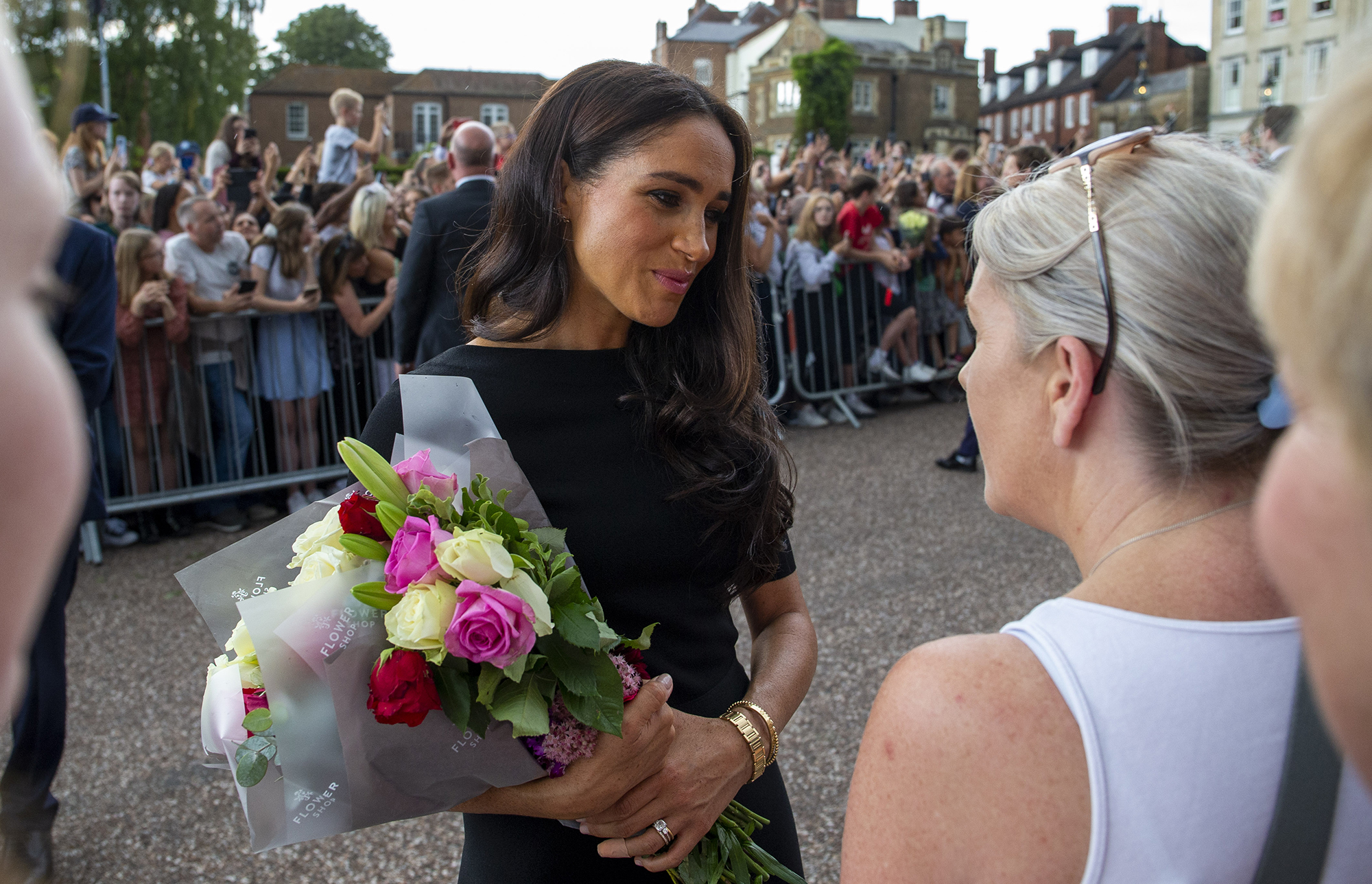 Harry added, “I cherish these times shared with you, and the many other special moments in between. You are already sorely missed.”

Markle has yet to release a statement on the Queen’s passing, although she and Harry paid tribute to her by having their Archwell foundation’s website go dark shortly after she died.

Markle’s rep did not immediately respond to Page Six’s request for comment.