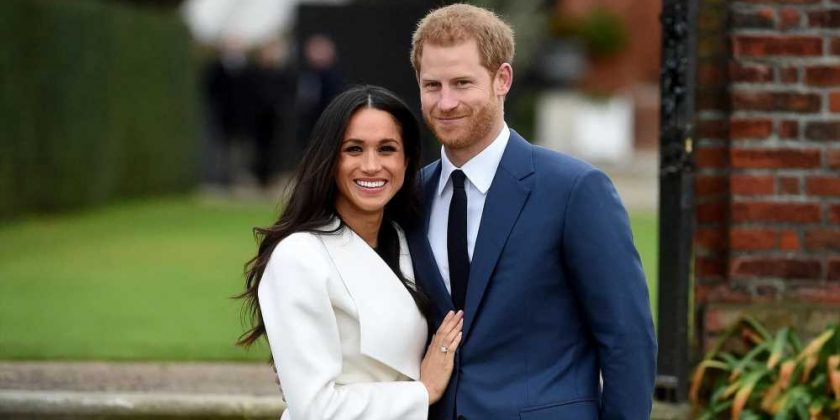 A royal affair! After months of keeping a low profile, Meghan Markle and Prince Harry have finally stepped back out in public — and their couple style is nothing short of extraordinary.

The couple traveled to the Netherlands for the Invictus Games, a multi-national sporting event for wounded, injured, and sick servicemen and women.

For the introductory reception on Friday, April 15, at The Hague, all eyes were on Markle and Prince Harry as they made their entrance, both donning statement suits for the occasion. 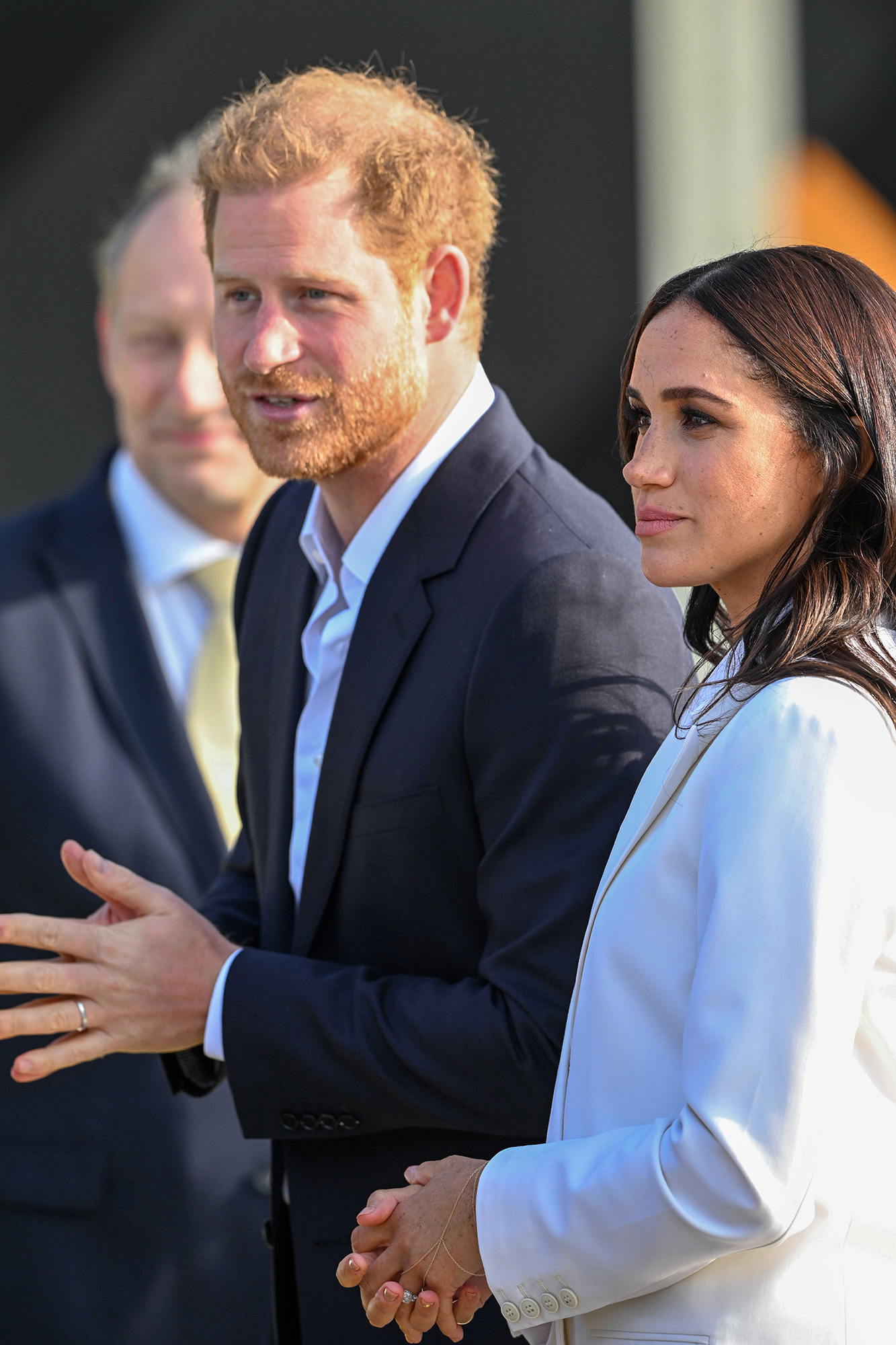 The Suits alum, 40, opted for an all-white Valentino ensemble comprising a subtly oversized double-breasted blazer, trousers and a shoulder bag. She accessorized the look to perfection, choosing pointy-toed Aquazzura heels to match her suit.

All-white suits have been a royal favorite recently. Last month, Markle’s sister-in-law, Duchess Kate, wore a similar ensemble during a tour of the Caribbean. But instead of wearing all-white from head to toe, she wore an orange shirt underneath her blazer and a matching raffia handbag. 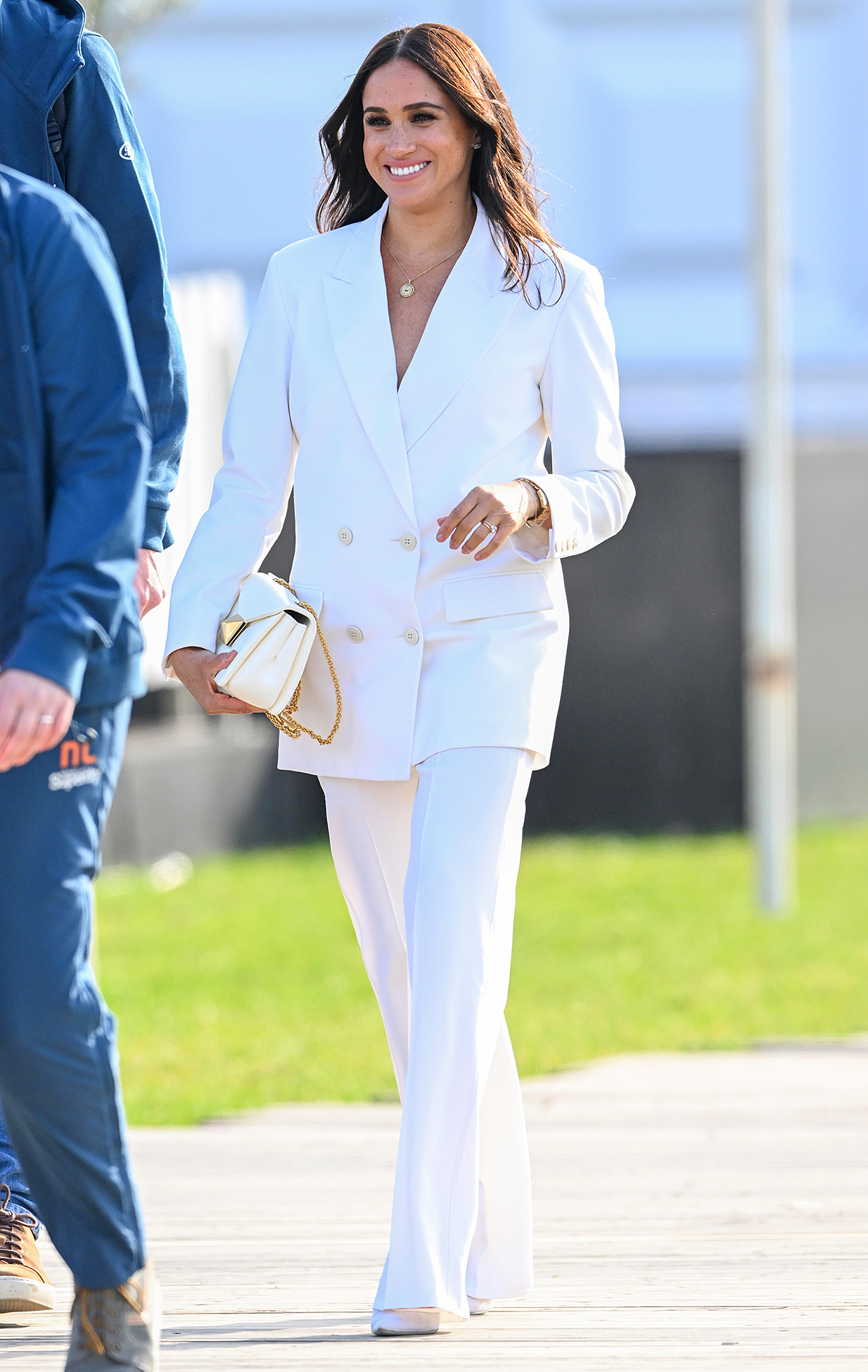 Markle complemented her handbag’s gold chain shoulder strap with some special jewelry. For starters, she wore the “Love” pendant necklace from one of her favorite designers, Sophie Lis. The design is inspired by the poem “The Eternal Song” by 19th-century French poet Rosemonde Gerard, and it symbolizes eternal love.

See Duchess Kate’s Most Stunning Fashion Moments of All Time 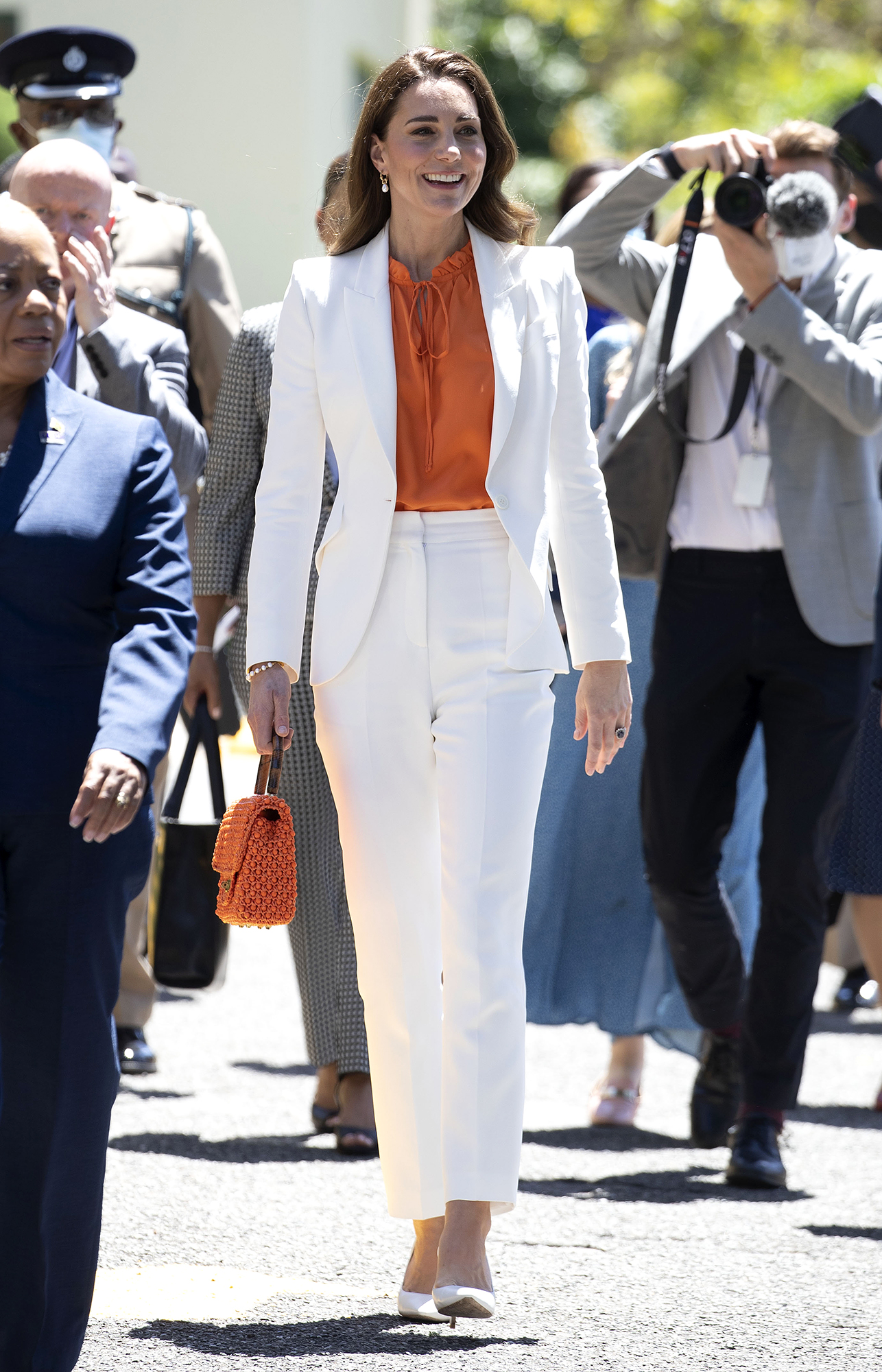 Another standout accessory was her Cartier Tank watch, a royal heirloom that used to belong to the late Princess Diana. (She wore it frequently in the 90s).

Prince Harry, meanwhile, stuck to his roots, going with his signature navy blue suit, with a white collared shirt underneath to match his wife. It’s safe to say they looked like the ultimate power couple.

Prince Harry and Meghan Markle: A Timeline of Their Relationship

The Invictus Games is special for the duke and duchess because the 2017 Toronto Games marked Harry and Meghan’s first official public appearance together. They announced their engagement two months later and wed in May 2018. Today, they are the proud parents of 2-year-old son Archie and 10-month-old daughter Lili.